The Guardian, along with the rest of the MSM have so far managed to ignore the elephant within the room in the Murdoch press hacking scandal. One would have thought given the latest revelations about Gordon Brown and his family, someone might have asked the question exactly what was the British Secret Intelligence Service doing whilst News International hacked into the British prime ministers private life. 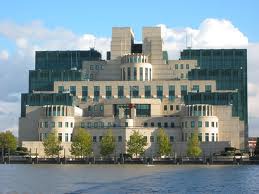 Given the lengths UK spooks go to infiltrate environmental groups, trade unions, left wing political parties, mosque committees and other perfectly legal organisations, one would have thought News International's (NI) criminal endeavors would have been of interest to them. It was not as if they were not forewarned of the lengths NI employees would go, as in 2007 one of their number Clive Goodwin and a Pi on NI payroll, were sent to prison

http://is.gd/3bCANO for hacking the phones of aides to members of the Royal family.

Given what we already know about the unsavory behavior of British intelligence in the north of Ireland, (which is still part of the United Kingdom) where UK spooks allegedly colluded with para military criminals in committing a host of crimes up to and including murder. Could it be Mi5 were aware of the depths of criminality the Murdoch empire had sunk into, but failed to pass this on to their political ‘masters,’ as it suited their own agenda, as they like the Metropolitan police had formed far to close a working relationship with Murdoch’s criminal media outlets.

If so, with the Guardians unyielding and tenacious reporting of the whole hacking brouhaha, followed by Ed Miliband growing some balls, the UK secret intelligence service must now realise the worm has turned and whilst close links to criminal elements in the British media may have once been considered an A+, it is now regarded by the British public and an increasing number of politicians as a D-minus.

Can we expect any public inquiry into the hacking scandal to look into what the security services did or did not know about Murdock’s echelons hacking their way across London? After all if a British Prime Minister regularly went to the home of a friend who was accused in the Guardian of robbing banks, would the intelligence service not deem it fit and proper to warn him of the possible consequences? Did they inform David Cameron it would be unwise to spend part of his Christmas holiday at the home of Rebekah Brooks chief executive of News International, let alone tell the whole world he regarded her as a friend?

After all what is the point of having a secret service if it cannot warn the Prime Minister about the shady company he keeps, or protect a former PM from criminal snoopers who prey on his family.