As you might expect, J7: The July 7th Truth Campaign is keeping a close
eye on 7/7 Inquests that are taking place at the Royal Courts of Justice
under the auspices of Lady Justice Hallett. The Inquests are expected to
last at least five months and will see the release of evidence that has
previously been kept from public scrutiny. 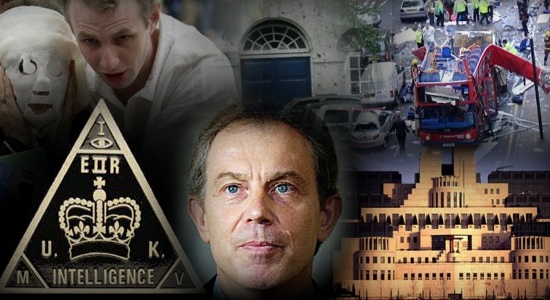 14 My Lady, I have mentioned this evidence because
15 a number of unlikely conspiracy theories have been aired
16 in the press and on the internet. One particular
17 campaigning group has submitted voluminous submissions
18 to the Inquest team, and the submissions reflect
19 long-held views expressed on the website, that website,
20 to the effect that there are a large number of anomalies
21 that merit detailed attention.
22 We consider it important that such claims are
23 identified and addressed, many of the claims were
24 helpfully identified and summarised in the written
25 submissions advanced before you in April by

1 Kingsley Napley.
2 Where such claims do not appear to be supported by
3 the evidence that has been gathered, there is, we feel,
4 a danger that the continuation of such claims might
5 needlessly distress the bereaved families as well as
6 detracting attention away from the issues that you have
7 identified as being worthy of further investigation.
8 My Lady, as you know, the law does not oblige you to
9 conduct an inquisition into every stated rumour and
10 suspicion. There must be a reasonable basis in evidence
11 for such a suspicion before any coroner can be expected
12 to conduct an inquisition into it.
13 There is no evidence at all that we have seen to
14 suggest that the bombers were duped in some way so that
15 they did not know that they were going to die or, even
16 more absurdly, that they did not know that they were
17 carrying explosives at all. Indeed, such claims run
18 entirely contrary to all the evidence that I have
19 summarised so far.

However, if your only source of information is the press and mainstream
media, you might know that some of the accused shopped at Asda, but you
wouldn't be aware of the show-stopping fundamental flaws in the official
story that the Inquest hearings have already revealed.

In order to add the independent public scrutiny for which J7 has earned
renown over the last five years, J7 have set up a dedicated new blog to
examine and analyse witness testimonies and any releases of evidence as
they occur.

J7: 7/7 Inquests Blog - Examining and documenting the proceedings of the
Coroner's Inquest into the London Bombings of 7 July 2005, including
analysis of the hearing transcripts and the evidence presented.


Currently, there are three articles on the blog which examine the
opening of the Inquests and some of the core issues that have been
covered during the first week of the Inquests:


We will be in touch again soon. In the meantime, please keep checking
back at the J7: 7/7 Inquests blog. You can also subscribe to the J7:
7/7 Inquests blog using RSS feed links on the blog, or by email using
the 'Subscribe to J7:Inquests Blog' form in the blog sidebar.