A Britain-First supporting Muslim-loathing doctor, fully qualified weight loss medical doctor (registered with the GMC as a doctor), is boasting that his clinic openly discriminates against Asian (seemingly specifically Muslim) clients, whom he accuses of being liars and cheats, despite of being of an Asian background himself. Dr James Bond (presumed real name) from Sheffield is a doctor who operates weight-loss and personal training clinic, and is also a paid employee of the Sheffield Star, a newspaper whom he writes health and fitness features for. Discrimination on grounds of race or religion is illegal, and is definitely grounds for Mr Bond's dismissal as a General Medical Council, as is Mr Bond's open agreement that Islam should be banned from the United Kingdom (see screenshots below). Dr Bond also wants Islam banned from the UK, and uploads and favourites extreme Islamophobic videos, including one entitled "DEPORT ALL MUSLIMS"....., behaviour unbefitting as a GP. 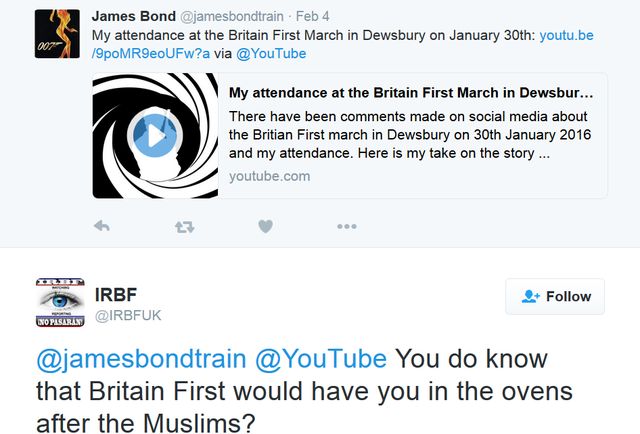 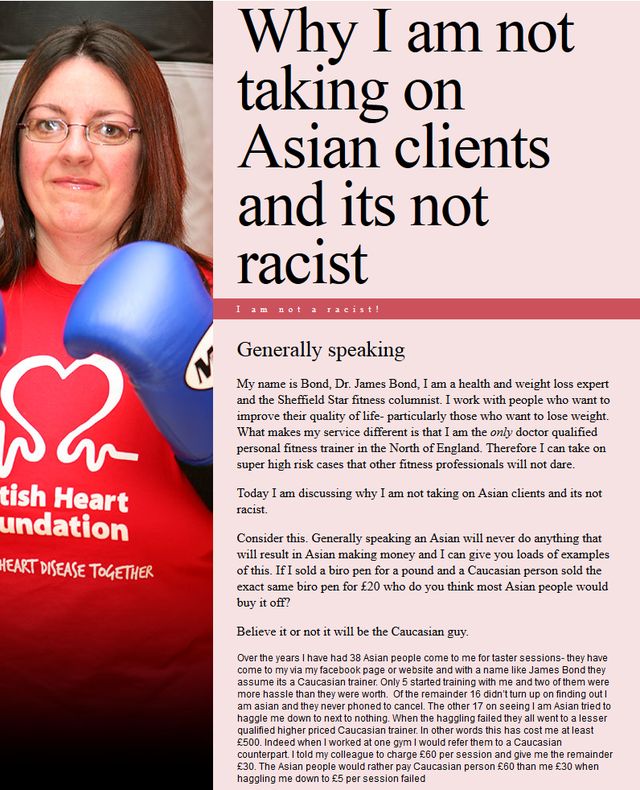 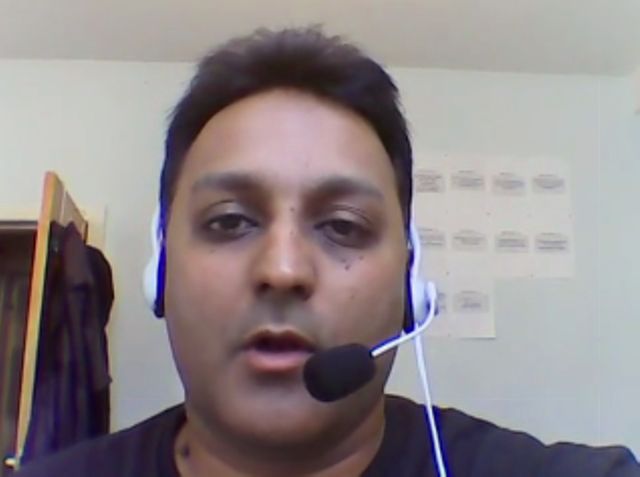 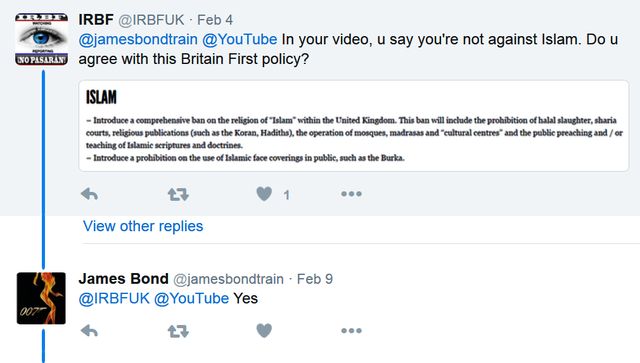 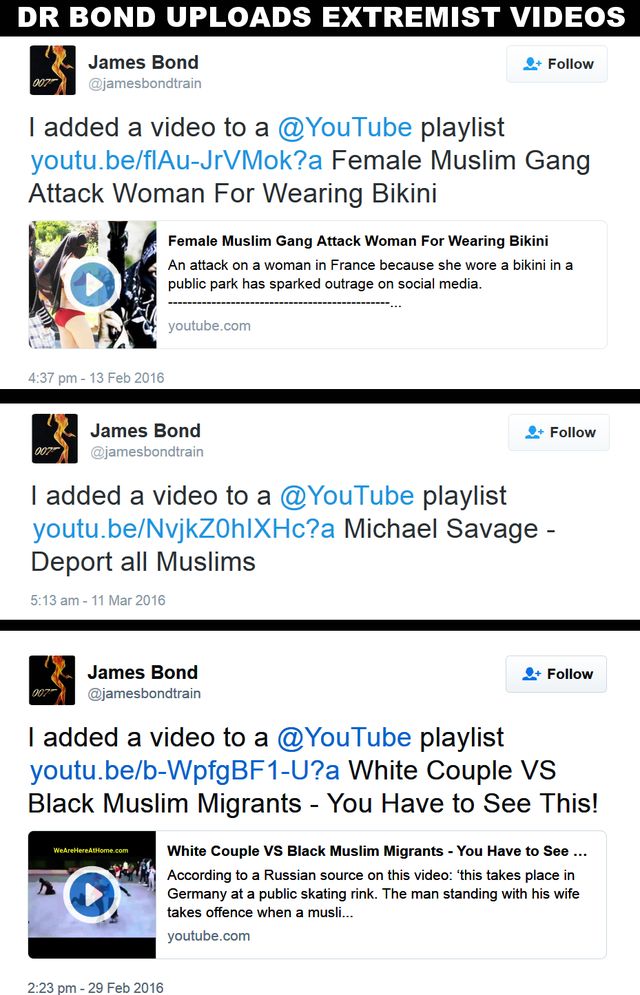 Dr Bond wrongly believes that discriminating against Asian customers "is not racist" as he is of an Asian background himself, and is happy to blog about illegal use of discrimination in his surgery - Asians are not welcome, he says, from his latter Islamophobic discourse, presumably this means poor Asian Muslims......

Donald Trump fan Dr Bond's timeline is full of potent Islamophobia, and he also attended Britain First's Dewsbury march, filming a video when he returned home, in which he claimed they were not a racist, far right group.

In his own shocking words, on an repetitive eleven-minute video rant, he claimed that Britain First are "not racist", but are a "loyalist movement to protect Queen and country. Racism has no bearing whatsoever.....", he repeated, boasting that his father is "the world's most devout Hindu", making a big show that he "has an English accent", before going onto rant that "genuine asylum seekers make up a very tiny number of the migrants coming forward". He talked about how he shook hands with BF leader Paul Golding and Jayda Fransen, bizarrely claiming that "Mahatma Gandhi would have been proud of Britain First", defaming Muslim anti-racist campaigners in Dewsbury, calling them a disgrace". He accused Muslims of "changing laws and culture", and tried to create division between Asian faith groups by distancing Hindus and Sikhs from Muslims

He also boasted on this video that he was responsible for a CRE enquiry into racism at Sheffield University, as if this made him immune from censure, and free to discriminate at his own free will, no matter how illegal this is.

Shockingly, when challenged on Twitter, Dr Bond insisted he wholeheartedly agreed with Britain First's policy of banning Islam from the UK: -

This is absolutely disgraceful, and both the GMC and the Sheffield Star should dispense with his services. Also, he needs to be reported to the necessary trade bodies for his illegal discrimination.

In the following video, he claims that 10 to 15% of Muslims are radicals, and defends Donald Trump's Muslim ban.

Last but not least, he regularly posts racist videos to his YouTube and Twitter account, including Islamophobic and anti-refugee material, some of which are as follows, behaviour totally and absolutely unbecoming of a registered practising doctor: -

One of these videos, is a white supremacist rant chillingly entitled "DEPORT ALL MUSLIMS....."

Please everybody, report Dr James Bond to the General Medical Council and the Sheffield Star.