The Retirement Club For Ageing Nazis (AKA Pegida UK) held their 80-strong United Beer Gut stroll through Rotherham, joined by a handful of hoodwinked worse for wear Shitian First nazis specifically invited by Tommy Tit on the hope he could pick a nationalist pocket or two, his bank account perilously low after snorting away all previous takings. The South Yorkshire Casuals turned-up hoping for a piece of the action, but there wasn't any, so they ended up pestering their fellow marchers for "spare change and a light", not that anyone had any pennies left after being accosted by Tommy's "Bucket Fannies", bucket-wielding Pegida pests in yellow vests emptying the pockets of the neo-nazi faithful for every penny they had. Out of breath, the unfit rabble of binge drinking little Tommyites wandered ungainly, cans of lager in hands, continually reassuring themselves the world gave a shit, and they were not walking, talking lumps of racist human faeces living meaningless lives, but they fooled no-one, not even themselves. 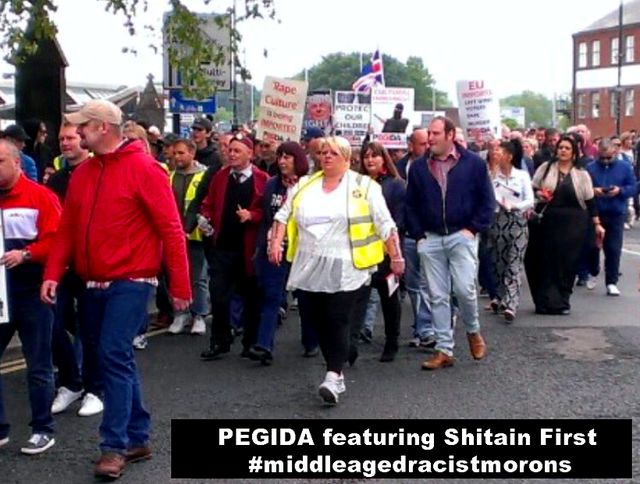 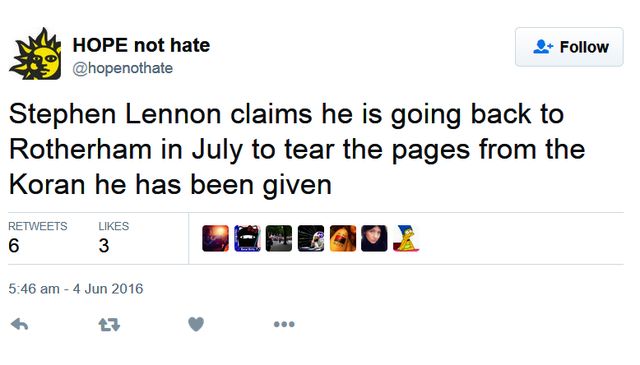 By the time the ritualised goosestep ended and the same old, same old.... tedious Mosleyesque speeches began, some fascist numpties had had enough, sneaking away, hoping not to get noticed by the God Of Once Was, as he rambled on about Sharia and Halal like a complete and total bore. All the money spent on wasted train fares for nothing. Not even a bout of much-needed fisticuffs - most of the crowd were meant to be former football hooligans - for fuck's sake.....

Paul Golding was sniggering from afar, knowing compared to Pegida, they were positively interesting, a point of jealousy that persuaded Tommeh Tit to announce he would be doing one of Golding's old tricks - tearing up a copy of the Qu'ran in-front of the cameras when the fascist pricks return to Rotherham to waste yet more South Yorkshire taxpayers policing money in a few weeks time.

So there it is, or was. A complete shambles fooling no-one. Whilst the likes of the NF and National Action produce drama and laughter by slipping on Halloween masks and lurking in lost luggage, Tommeh does what Tommy does best - absolute fuck all!