The poor deluded fascist scumbags that are the rotten remains of the EDL arrived at their industrial Pegida-style "middle of nowhere" Rotherham demo site, much to their horror, discovering an employment agency slap-bang where they had left their flags. In seconds, they were gone, all three of them. 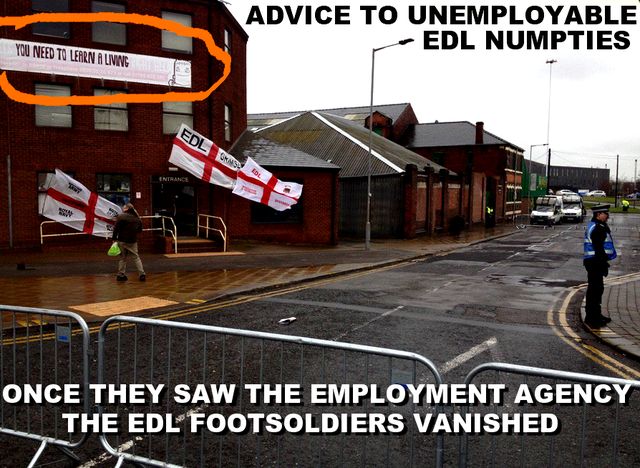