Just as you think stupid racists cannot get any thicker, along pops a racist and homophobic Christian member of psychotic neo-Nazi internet cult #bluehand, who cannot even spell the word Christian, ranting about his fear of something he calls "Shania Law", which is run by "Islams". His profile is not a spoof, but sadly is for real. Yes, we have serious idiots living among us, bozos who support Britain First, of all people. What a surprise. 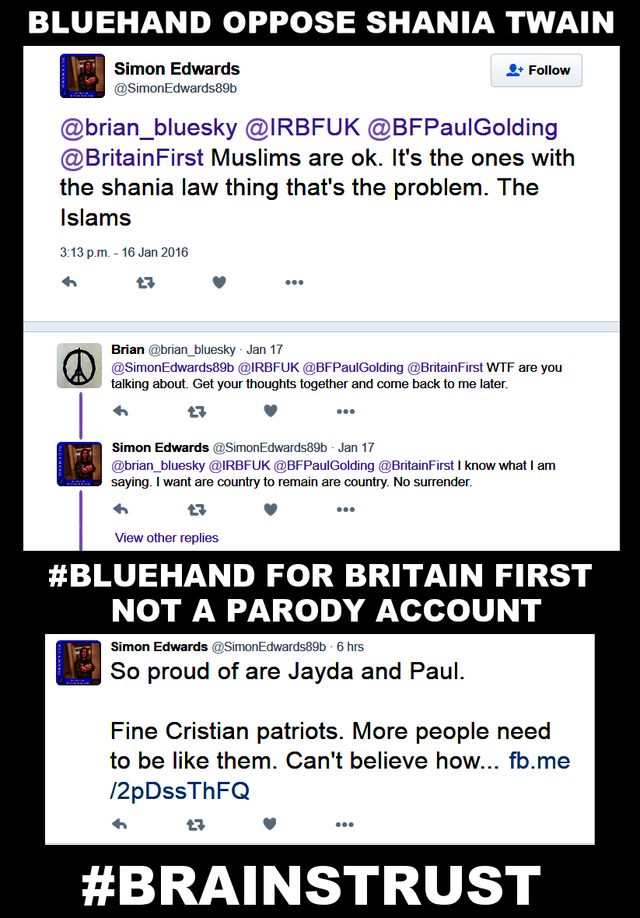 What exactly Shania Twain thinks of Britain First and Bluehand opposing her singing, it should come as absolutely no surprise of the intellectual carnage that results from #bluehand linking up with Jayda and Golding. Fascism all so often appeals to people who do not understand politics, the uninformed, etc., but as with his hilarious comrade Ryan McGarvey from Warrington, when you start inventing nonsensical words and terms as part of a rant, you leave yourself open to ridicule - and ridicule we will.

When you aim to defend Britain from foreign people, cultures and religions, and cannot master your own language, let alone belong to a supposedly ultra-intelligent far right "IT gang" like bluehand, whose leader, the self-styled "James Bond" repeatedly ridicules antifascists of having a low IQ, then type absolutely gobbledegook on Twitter, this tells you all you need to know about the hypocritical nature of #bluehand and the UK far right.

If the likes of Bluehand and Britain First can no-longer tell the difference between a Canadian country music star "run by Islams" and a religious lifestyle code, the future is satisfactorily bleak for the hatemongers of the modern age. 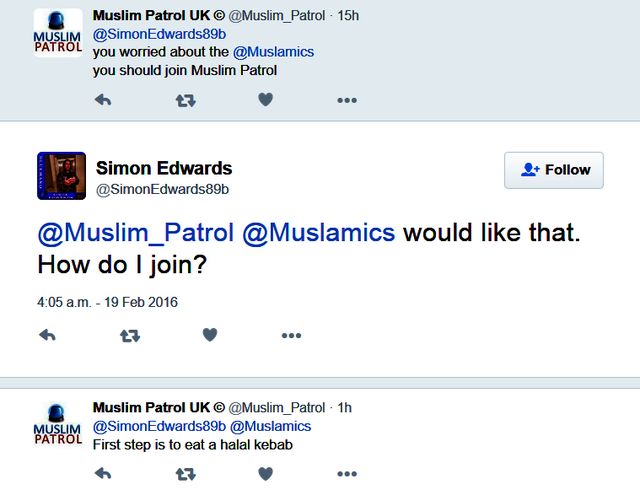 But idiots like this guy make it easy. So easy! 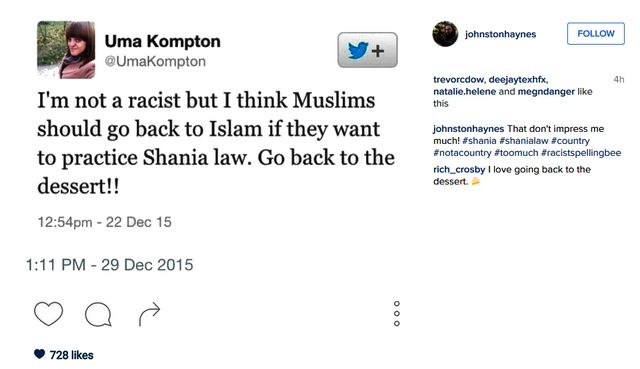 Yes, Simon. You should know all about idiots!