Tommy "The Tit" Robinson has announced the route of Pegida UK's Birmingham goosestep, much to the consternation of their battleweary PegEDL footsoldiers. They will assemble at Birmingham International Airport train station at 2pm onwards, ready to march at 3pm on a splishy, splashy twenty minute monotonous trek along a rain-soaked main road a mile and a half to the NEC, where a boring little car park is awaiting their arrival with baited breath. Forget "muzrats". Let's hope the no-life, loner nazis bring with them their trainspotting cagoules or they will resemble drowned rats wreaking of stale beer and urine. Whilst most armies tend to march on their stomachs, EDLers and Pegidans march on their bladders. Unless the heavier drinkers who got inebriated at BIA's Airport Wetherspoons or Birmingham City Centre from midday are equipped with adult nappies, many will arrive dripping wet at the NEC car park come rain or shine, smelling the worst. 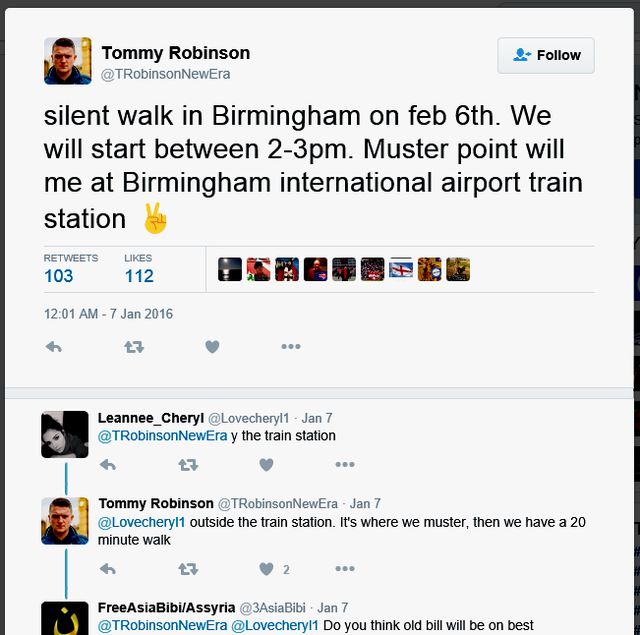 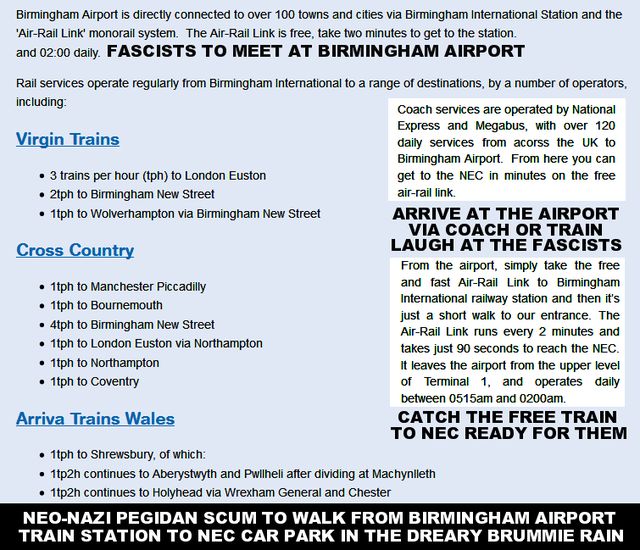 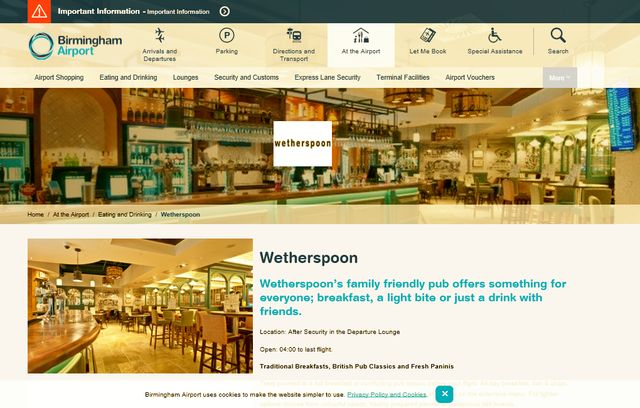 Alcoholic neo-nazi thugs have two main drinking options - one is to get absolutely rat-arsed in Birmingham City Centre from 11am and then gulp down additional cans on the short train to the airport station where their walk of total and utter shame commences. Secondly, fascist pissheads with slightly more money to burn (the aspiring "middle class" ones on a lifetime of crime) will pop into Birmingham Airport Wetherspoons to pay inflated airport prices for their daily alcoholic fix whilst liberating wraps of marching powder for beer money. Anybody spotting fash spotted shifting cocaine should be reported immediately to BIA security - airport sniffer dogs have a unrivalled reputation of biting testicles clean-off when rummaging in amongst jogging bottoms for illicit white powder. If Ronnie Wood attends from the North East, they might also discover some highly shameful and embarrassing possessions.

Tommy Robinson, UKIP's Anne-Marie Waters, Paul Weston, Jack "Twatface" Buckby (yuk!), and the rest of the nazi rabble-rousers will be holding "Refugees not Welcome" and extremely offensive "Rapefugees" captioned banners (let's hope the cops or ANTIFA confiscate these), as Pegida fash temporarily switch focus between Muslims and asylum seekers, trying desperately to exploit Cologne. Tommy Tit is desperate to convince the public that being a refugee means being a "natural criminal" and that the Muslim faith was supposedly behind the attacks because of Pamela Geller claimed to read it in the Qu'ran. The vast majority of refugees are genuine law-abiding people including skilled professionals such as doctors, lawyers, and teachers who have sold their life possessions to reach safety. The culprits in Cologne were described as a gang, and are believed to be convicts who were liberated from high security prisons by the bombings and the insurgency in Syria, who included dangerous muggers and sex offenders in their number. Anybody with a brain should realise that ordinary people fleeing conflict do not carry out such crimes. Most Syrian prisons have been destroyed during the civil war leading to their escape from the country, however most Syrians fleeing ISIS are peace-loving, law-abiding people who should not be tarnished by the hateful generalisations of a Germanic neo-Nazi movement.

The EDL (and the natural progression into Pegida), NEI, NWI, SEA and the BNP and BF are crammed full to the brims with paedos and rapists. Hatred and other criminal perversions go hand in hand. Not a week goes by without yet more suspicions, allegations and court convictions of British Far Right members. In previous years, a child-molesting gang has been operating in Blackpool which was involved in at least one murder of an abused child - chilling facts which put reactionary hateful bigotry into full perspective.

Many antifascists will be remaining in Birmingham City Centre during Pegida's visit. Some will be able to successfully confront the fash before they board trains to Birmingham Airport, however it is important that a sizeable number of activists make the journey to Birmingham Airport (bus or coach advisable) to make their presence known, maybe wearing touristy dark Ray ban glasses, to act the part whilst remaining anonymous. Drunken nazis cannot help but get arrested - just pointing and laughing at the despicable scumfucks will be enough for airport security and / or British Transport Police to bundle them away into custody. Whilst with some indignation from fellow fash, PegEDL morphs into the Ministry For Fascist Silly Walks, this allows ANTIFA to mobilise before, during and after each walk. Now the route is known, activists can quietly make note of points along the way to subtly and stealthily gather ready to "spring out" when the time is right, whilst others can stay dry and catch the free 90 minute shuttle service from the Airport to the NEC, with enough time to plan their next move. ANTIFA - BRING IT ON.....

Who is to say antifascists are not caring, sharing, sentient beings. The poor Hitler-loving dears will be tired and weary when their coke runs out, by the time they reach the NEC. On the roads approaching the car park, just as you would expect during any marathon of extreme endurance, the beer-bellied numpties should be offered ready snacks from helpful ANTIFA volunteers - albeit airborne and from afar. Eggs, tomatoes, milkshakes, flour, not forgetting bananas - all messily essential foodstuffs for the Pegidan fascist thug diet.

They will be provided with a heavy escort, but not as heavy as they had been marching in a town centre.