One of Bluehand's supposedly reformed neo-Nazis, UKIP supporting Pixie Lott fan club organiser Mike Faulkner, who claims not to support nationalist politics, nor like the BF, the EDL or any other far right orgs, has been tweeting extreme race hatred to his #bluehand buddies, calling for Muslims to be killed. Faulkner calls for packs of starving packs of dogs to be set upon Muslims, whilst at the same time, making overtures recently to antifascists, however the screenshots of his tweets show he is not a changed man. Once a nazi, always a nazi. 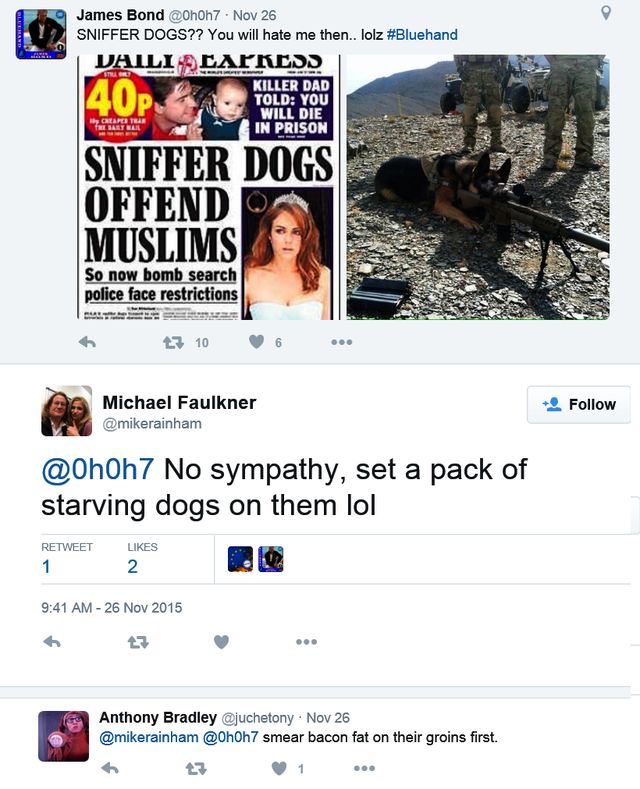 Faulkner Wants Dogs To Be Set Upon Refugees 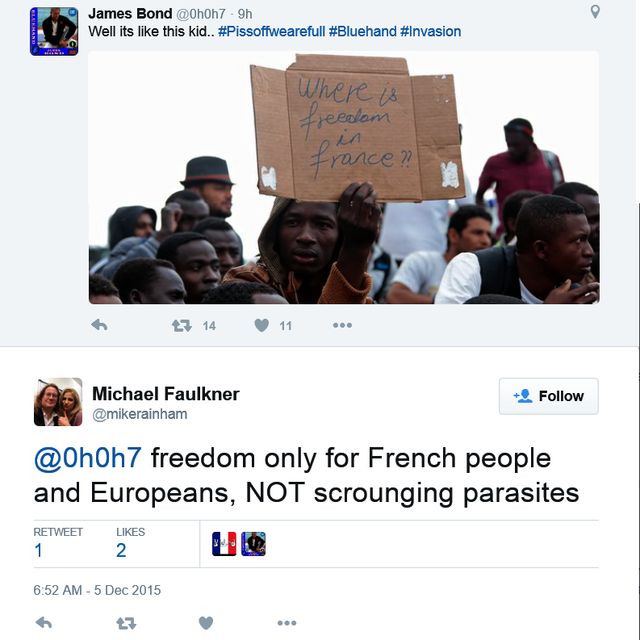 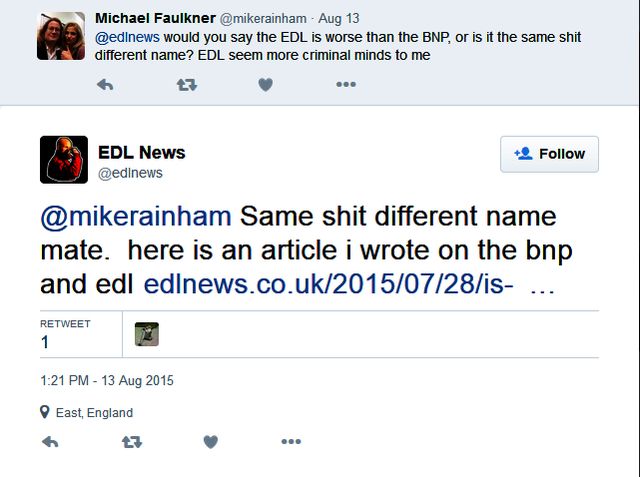 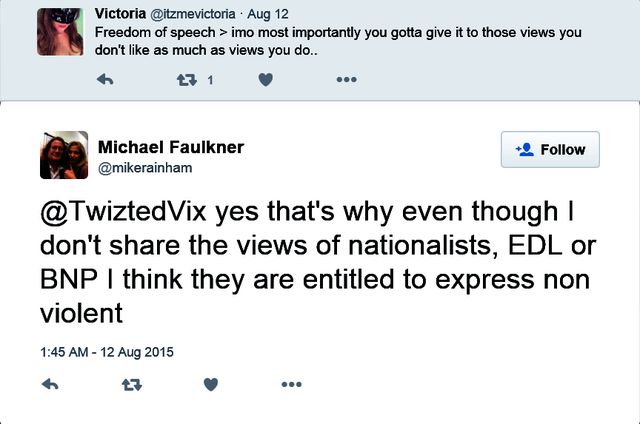 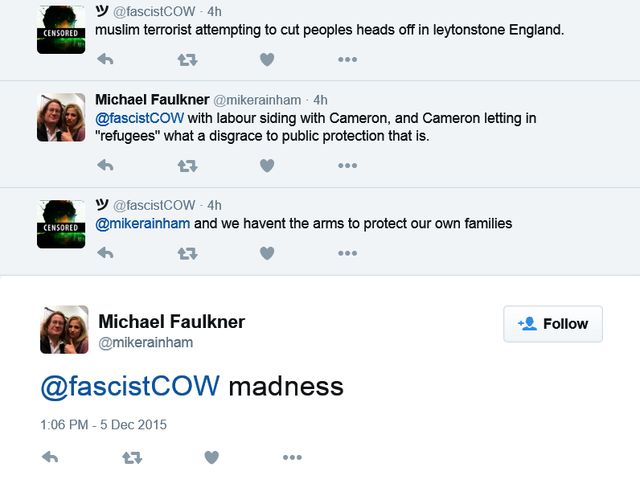 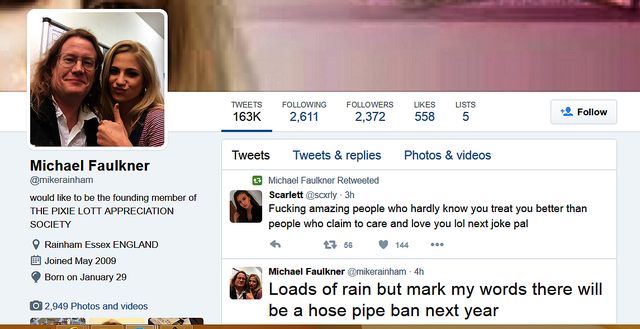 Unbeknown to many, he has been shockingly posting the most despicable of horrific racist tweets on Twitter against Muslims and refugees who he wants to be killed and persecuted, one of which calls for "starving dogs" to be set on Muslims, another, calling African refugees "scrounging parasites", tweets hidden from his timeline, as exposed here (click on the links below).

All the time, whilst he was still posting these extreme racist tweets, he was interacting friendly with antifascists including @dubdanu, @slatfascists and @yeovilHG, pretending to like-minded to maintain his double life, his sick charade continuing to this day.

Faulkner, in a tweet to "James Bond" (@0H0H07) calls for starving dogs to be set on Muslims, inciting racist violence towards Muslims. He should be ashamed of himself.

In another absolutely vile tweet to the "James Bond" character who runs Bluehand, he calls African refugees "scrounging parasites". (see the screenshot), the full-on neo-Nazi language of the EDL and the BNP, stating there should only be freedom for (white) Europeans. He has been caught out as a vile white supremacist racist who should be shunned by everyone.

Also included is Faulkner's supportive tweet to the self-entitled Casuals United / Pie and Mash "Fascist Cow" supporting the use of weapons against refugees: -

This shocking expose proves Faulkner is nothing more than an excremental white supremacist / neo-Nazi who wants to see Muslims and refugees beaten up and killed.

PLEASE WARN EVERYBODY WHO HAS INTERACTED WITH FAULKNER TO BEWARE.

Faulkner claims not to like nationalism, the BNP and the EDL: -

NO PASARAN TO NAZI FILTH!