Last night, UKIP were well and truly hammered in the Oldham by-election, and as such, a serious dose of egg was self-administered to their extreme rightwing faces. For all of the inane posturing about how they would beat Labour and help "trash" Jeremy Corbyn, when it came down to the nitty-gritty of polling day, there was no imaginary surge towards UKIP that the idiots had been tweeting and Facebooking for weeks. 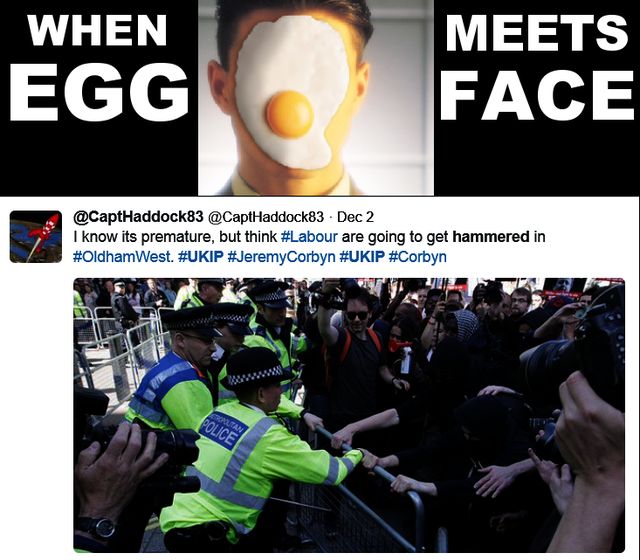 The UKIP diehards got their just deserts in a single night of polling action.

Confirmed idiot "Captain Haddock" prefers his eggs fried, as his stupid expectations took an almighty battering last night. He reportedly spent the rest of the night curled up on his sofa, muttering to himself, half-drunk whisky bottle in hand.....

UKIP have been proved once again to only be a party of the Tory southern heartlands,

BE GONE WITH YOU, KIPPER MORONS!