Neo-nazi loner formerly of the BNP and the National Culturalists, Jack Buckby identifies the bumbling, brainless "Muslamic Ray Guns" / "What's That Symbol All Over Oldham" clone who Tommy has appointed his deputy, who gave his name as "Scott" on the Channel Four documentary as Tim Arnold. Is this his actual name???

Is this in any way true??? Is his surname Arnold? If so, can his Facebook profile be tracked down and screenshotted??? 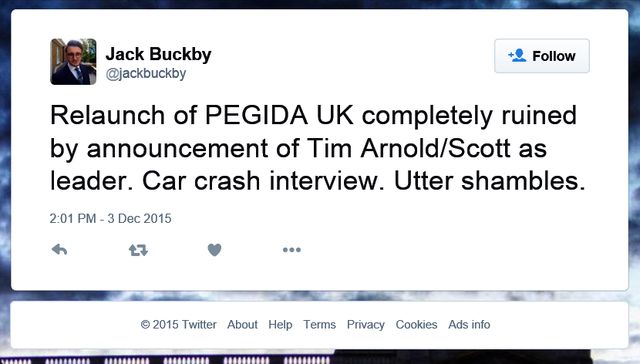 Surely someone out there, recognises "Scott" and knows what his job is, and where he lives.