As the far right froth and foam their support for Theresa May's disgusting factually incorrect vitriol, the Daily Express have finally stopped censoring its horrific neo-nazi readers, one of whom tonight has called for immigrants to be shot if they refuse to leave the UK - Very National Socialist, Holocaust death camps fashion... Shame on owner and UKIP donor Richard Desmond, who should not tolerate calls for outsiders to be shot, especially as he is from a Jewish background. Stirring up the British far right with his hate rag, has reinvigorated anti-Semities like National Action and the National Front. 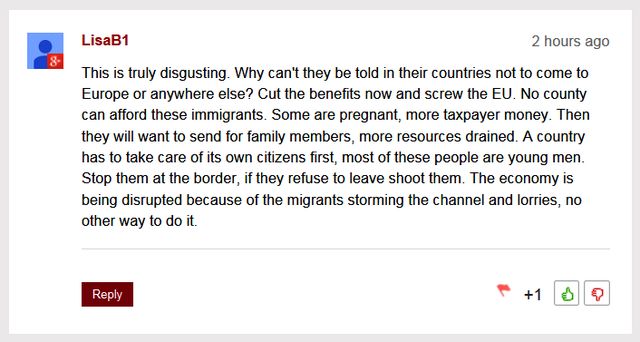 This post, from regular Daily Express poster chillingly calls for immigrants to be shot.

No action from neither the Express mods, nor the police.

And yet, a student leader was today (quite rightly) arrested for tweeting that white people should be killed.

One law for some people, and another for the far right, who get off hate crime laws scot-free.