Steve Mann AKA Seth Mould, an EDL-supporting Conservative Party activist from Blackburn, based in Bolton, is the marketing director at Accrington's Bakehouse Studios, and used twitter to support acts of arson against mosques, and racially abuse Muslims online. With 34,000 followers including many professional followers within the UK music industry, www.twitter.com/SethMould sickeningly expressed absolute joy and pleasure at the recent devastating criminal attack on the London Ahmadiyya mosque. 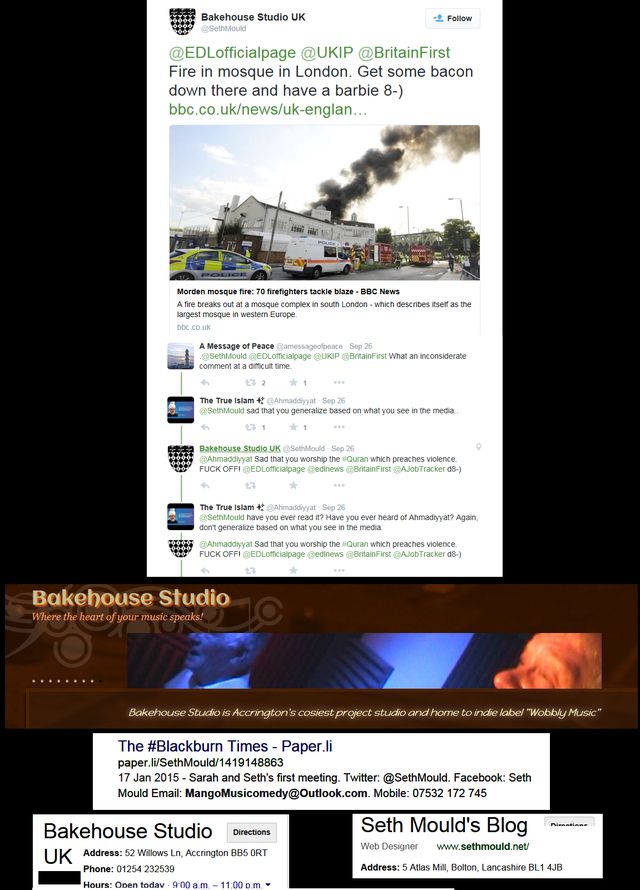 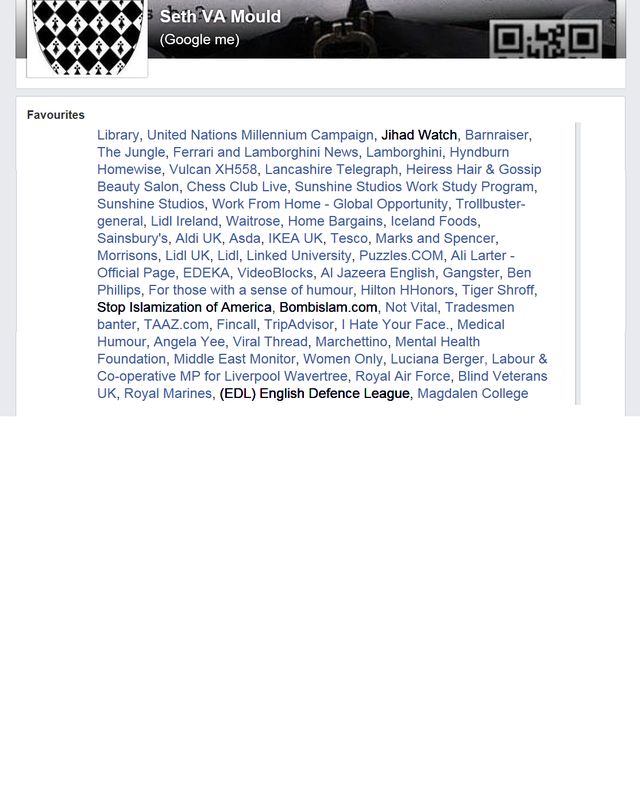 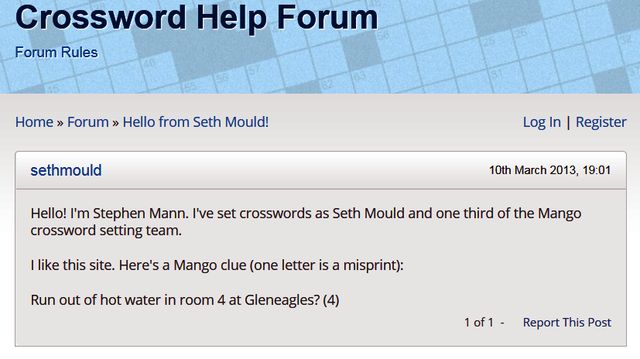 Until today (when he changed the name of his account to "Mango Kindle Books"), Steve Mann tweeted as Bakehouse's official account said, describing the attack, "Fire in mosque in London. Get some bacon down there and have a barbie".

His blog website www.sethmouldsblog.blogspot.co.uk states that he is former criminal who was once homeless, and is a successful session musician, singer, songwriter, poet, PR guru, publicist, IT programmer and award-winning Times crossword solver. It also states that he was once a victim of crime and is suffering from mental health issues, but Mr Mould is undoubtedly an intelligent man, and just like with Joshua Bonehill's alleged behavioural problems, mental health issues are absolutely no excuse for extreme criminal racial incitement. The police should investigate ASAP.

ROCK AGAINST RACISM: - Musicians who record at this fascist-fronting music studio in Accrington must take the stand and leave Bakehouse Studio and indie record label Wobbly Music behind. With 34,000 likes on Twitter, Mr Mould's directorship of Bakehouse Studio legitimises extreme racial hatred amongst Lancashire's musical community.