FashBook, a haven of racist and homophobic hate speech and far right trolling, has decided to allow racists, fascists and neo-nazis the chance to spend even longer on their computers, spreading their intolerance. The Dislike Button will allow the nazi scum of the net to plague facebook news providers worldwide with hundreds or thousands of dislikes to any post which dares to show sympathy towards refugees or other minorities. 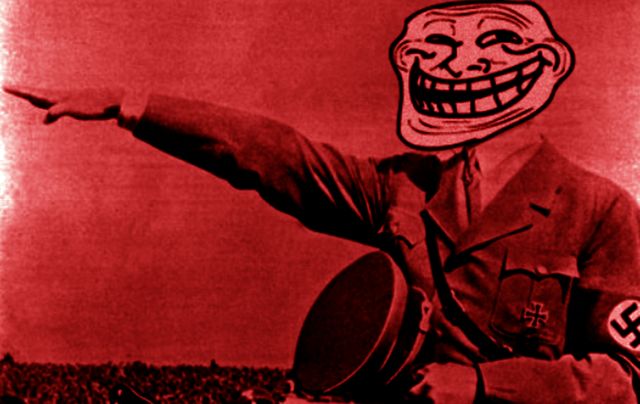 "Mark Suckerberg" will be introducing his Dislike Button throughout FashBook, so far right extremist trolls can dislike all news posts on the BBC's facebook pages about refugees, whilst defacing pages like Hope Not Hate, distorting public opinion against asylum seekers and refugees with mass "downgrading" of multicultural or human interest stories.

David, Keyboard Warrior-in-Chief of #bluehand has already jerked off into a tissue multiple times in anticipation for Facebook's emulation of the Daily Mail's down arrows. He is already down to his last packet of Kleenex.