Sheffield protest in solidarity with the oppression in Palestine 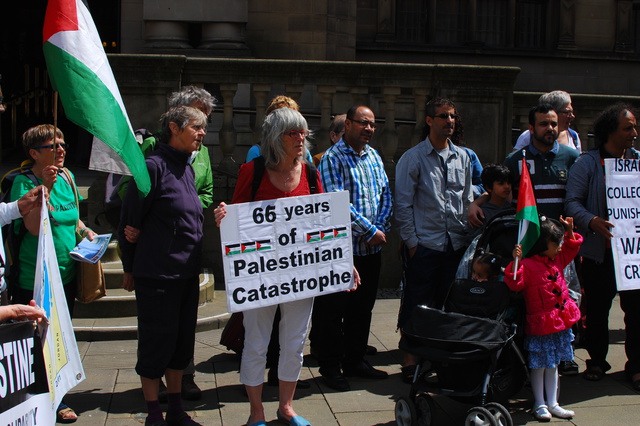 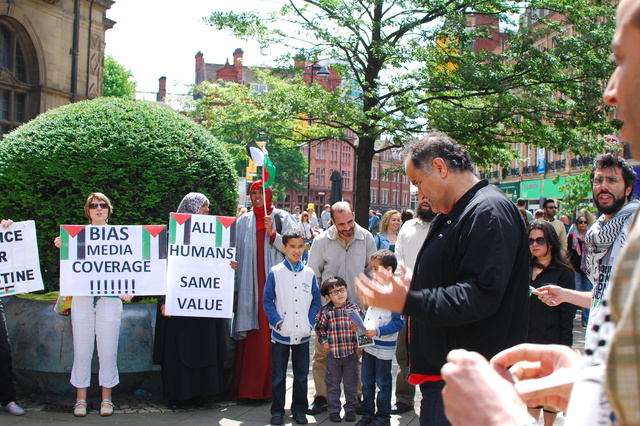 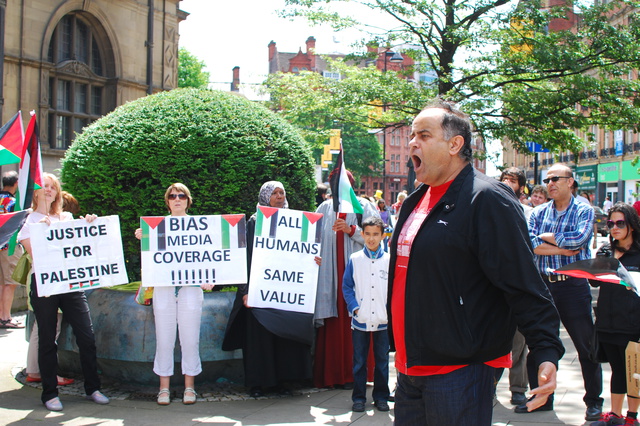 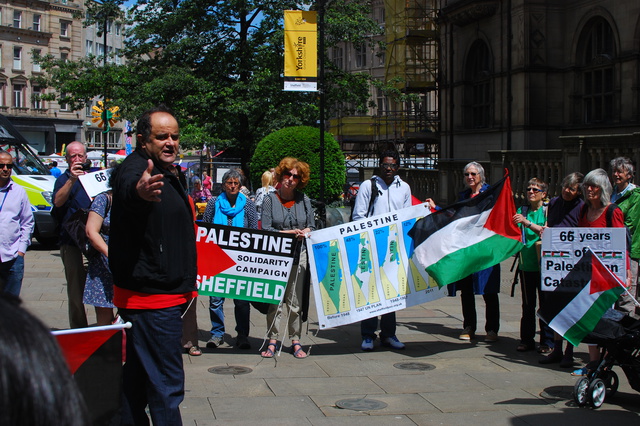 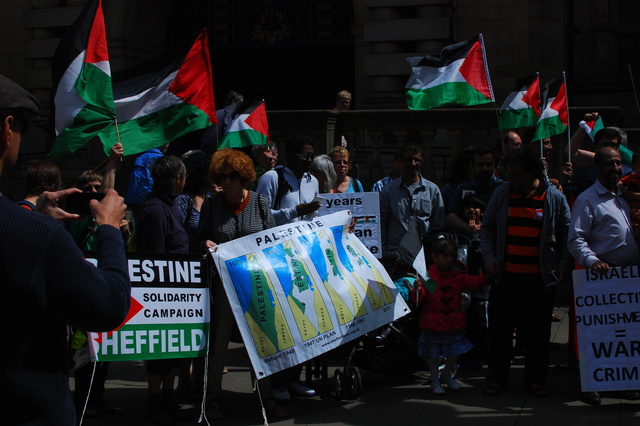 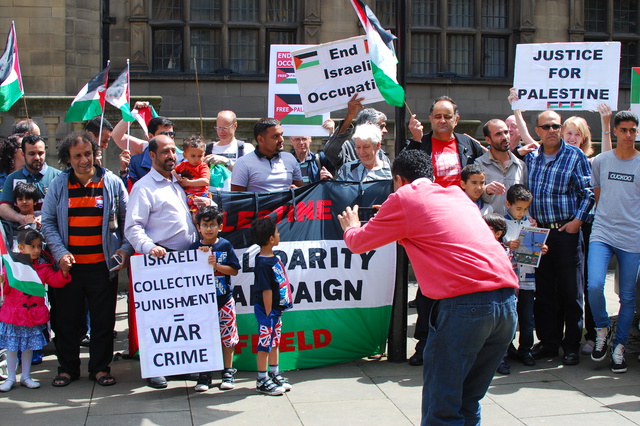 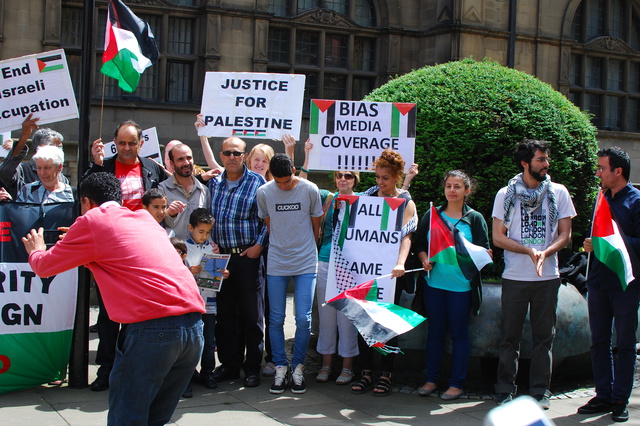 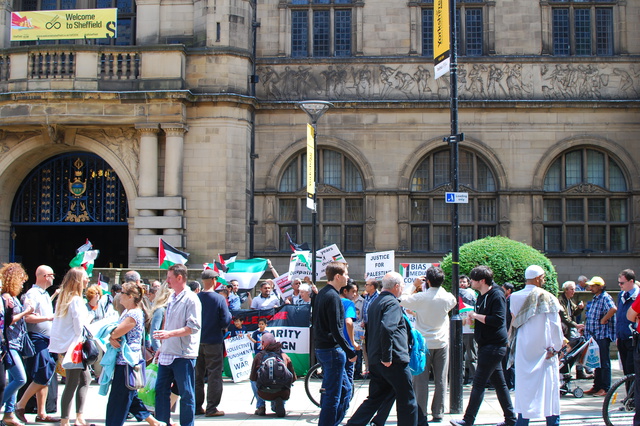 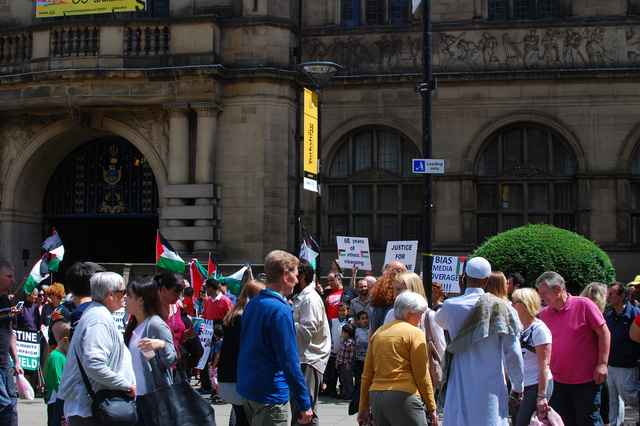 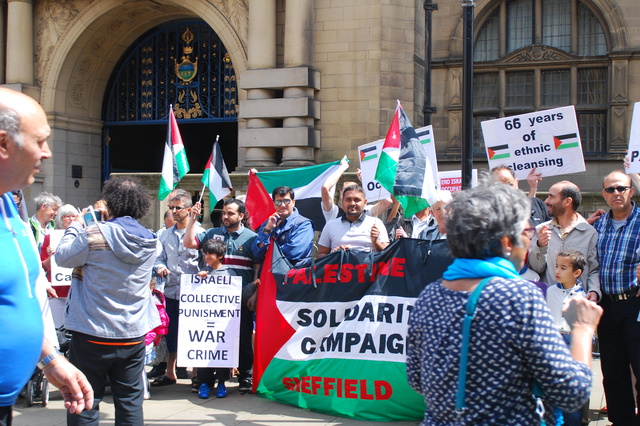 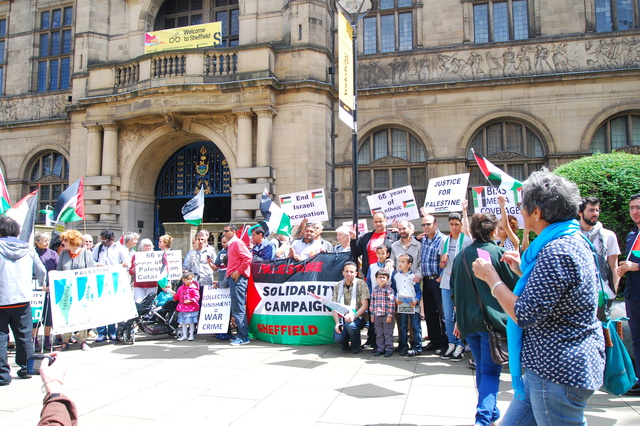 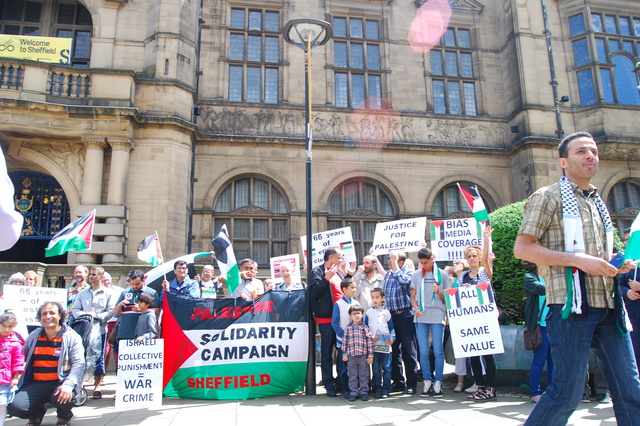 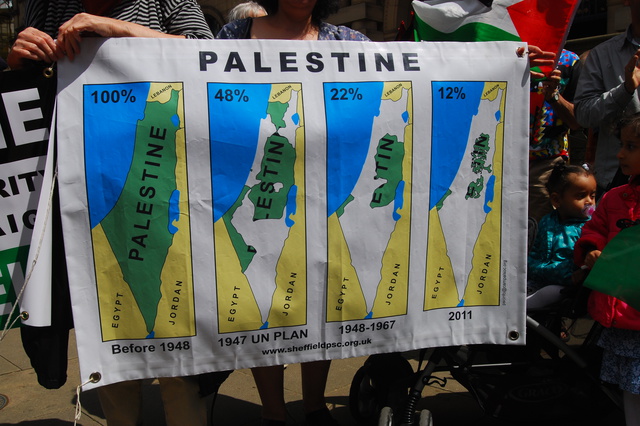 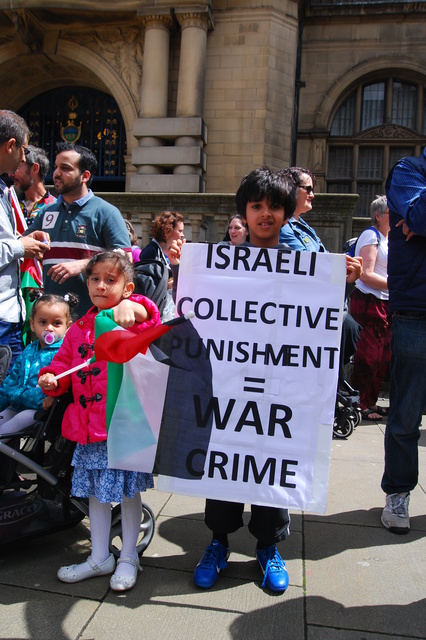 The call out for the protest:

Please join us at the solidarity protest outside Sheffield Town Hall tomorrow, Saturday the 5th July, at 12.30pm called as the Palestinians face more Israeli onslaught in the wake of the killing of three Israeli settlers.

Warplanes continue the bombing of Gaza and bulldozers demolish houses in the West Bank, as Mohamed Abu Khdeir, 16, becomes a victim of the call for revenge by Israelis.