Special first chance to watch this urban land reclamation documentary adventure film; about the rise and fall of 'Kew Bridge Eco Village' and Parliament Square's 'Democracy Village.' Also featuring a panel discussion chaired by Dr. Nafeez Mosaddeq Ahmed (the Guardian), including Maria Gallastegui from Peace Strike and other activists from the film. 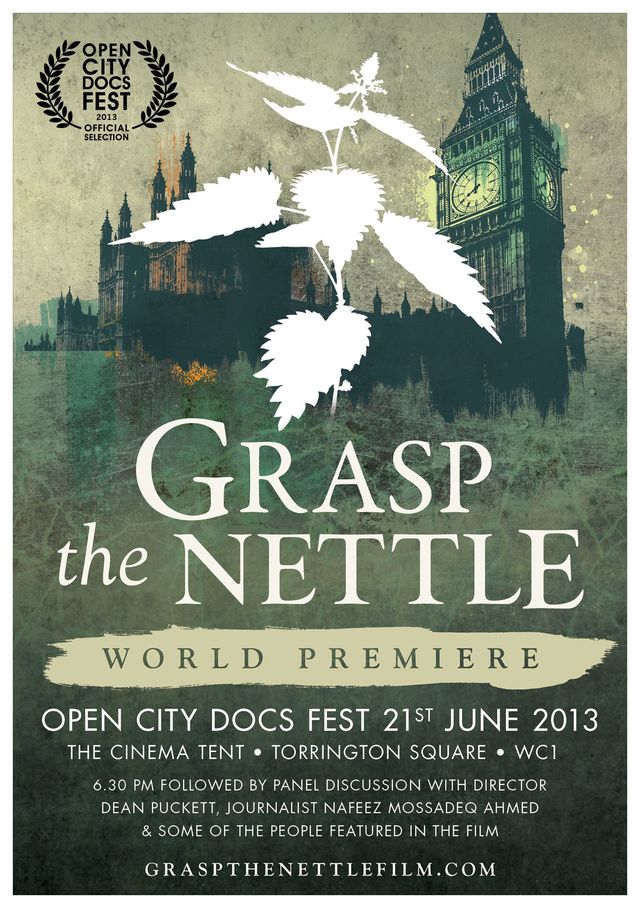 Grasp the Nettle follows the exploits of a ragtag band of land rights activists in London as they struggle against corporations, government, police - and themselves - in their efforts to create alternative communities outside the framework of consumer society.

http://crisisofcivilization.com) went to live among the eclectic inhabitants of an eco-village in West London, who then move to the heart of London, occupying Parliament Square. It is an epic, inspiring and at times harrowing journey of discovery - following the homeless, the visionaries and eccentrics against a backdrop of economic and ecological crisis.