There was a party atmosphere to celebrate Sheffield's diversity outside the City Hall today. At around 12.30 a small group of EDL appeared at the end of Division Street they were opposed by a crowd of around a thousand. 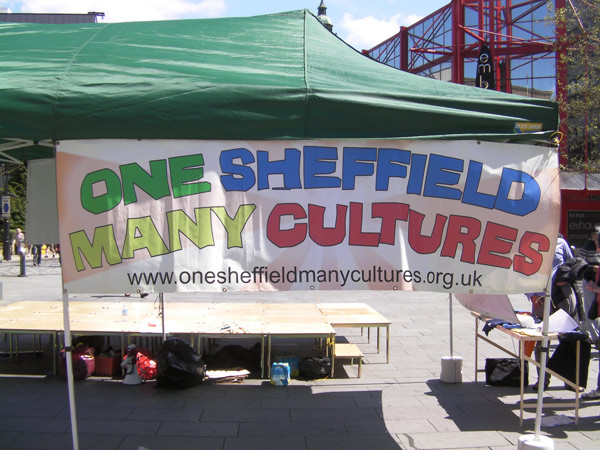 One Shedfield Many Cultures 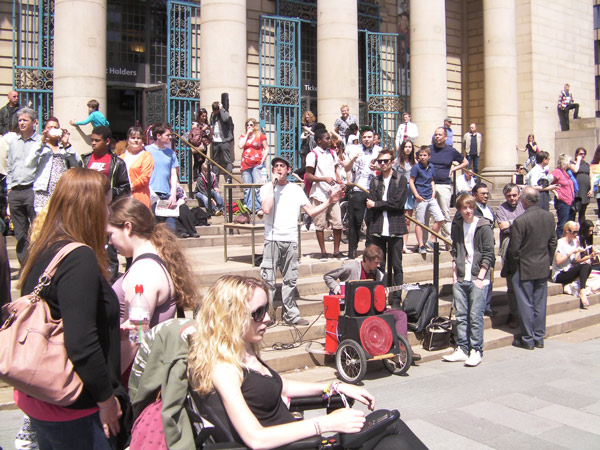 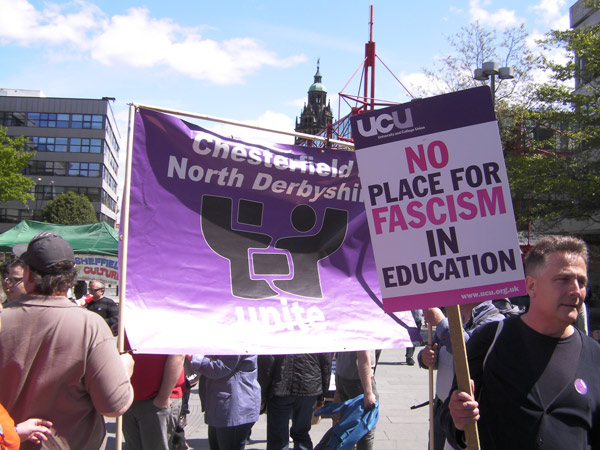 No place for Fascism anywhere 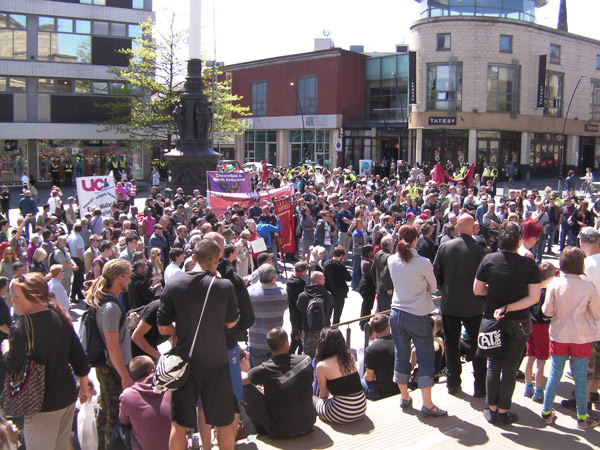 EDL are on their way (apparently) 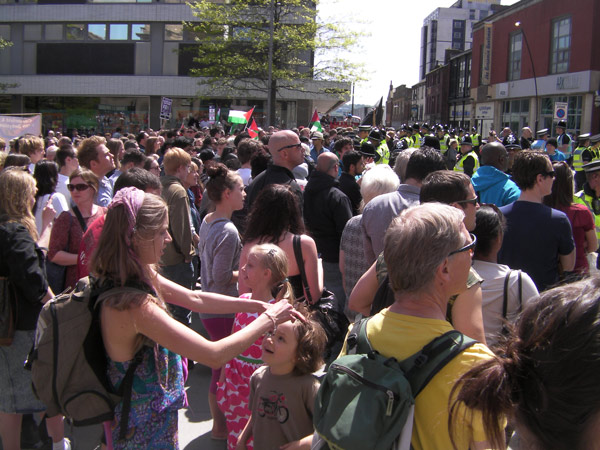 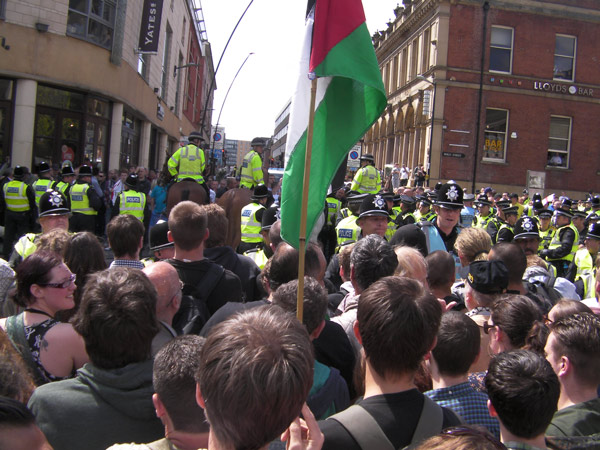 The police made a token effort to move us away from the cenotaph to let the EDL end their march, but we linked arms and resisted for a few minutes and the four police on horses soon saw that it would be easier to deal with the EDL than the opposition and the horses turned around to face the EDL to much applause from the throng. After about 90 minutes stand-off the EDL went home! There are more of us than you! 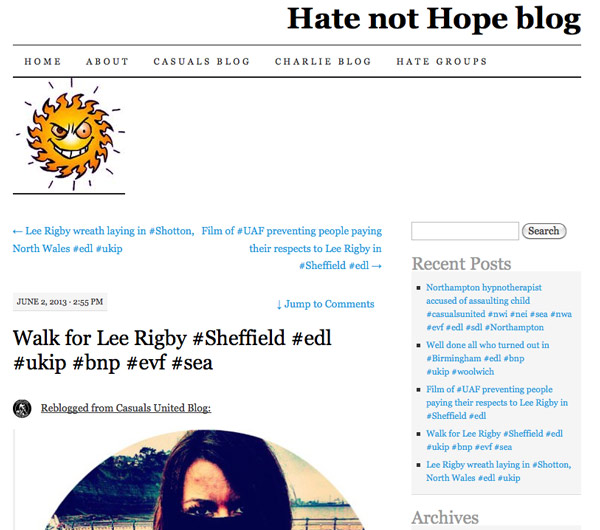 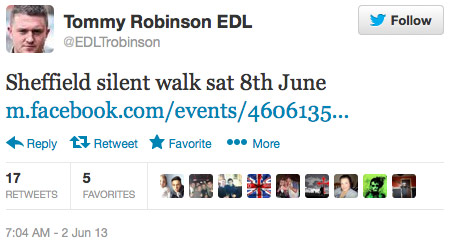 Quote:
"Due to the fact that people were prevented from paying their respects yesterday in Sheffield we will be going back next Saturday 8th June. If we are stopped then we will come back the week after"

sheffield is the new brighton for these muppets? 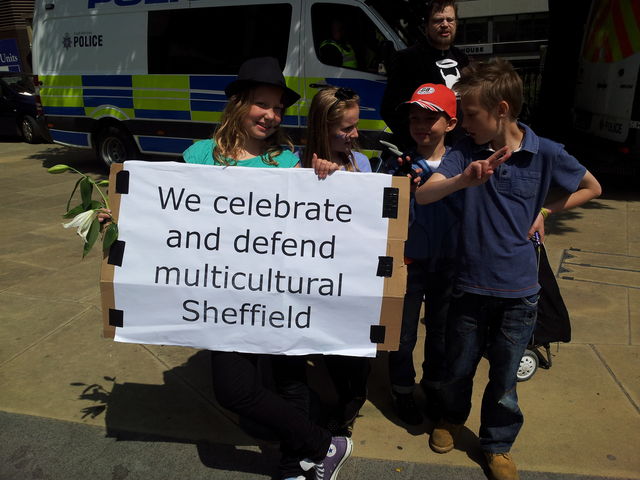 children against hate in Sheffield 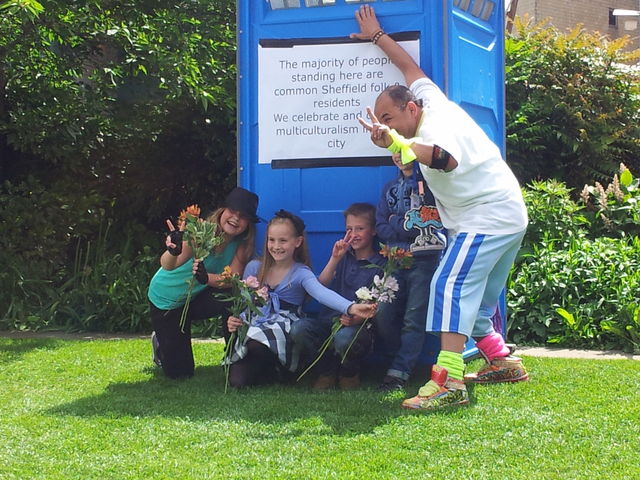 children for a multicultural, peaceful city

Myself, 2 friends and our children took part in both the festival & the protest... We are proud that our children believe in respect for others, accept & respect differences, & want peace & unity in a multicultural city &Britain! A photo of them holding a banner has gone viral on twitter... EDL are not respectful to soldiers whoare respected by our war memorial... They claim not to be fascist yet they inappropriately used a bastardised Hitler straight arm salute with Churchill's V for Victory on the end! But they weren't exploiting the horrific murder of a young father for their own agenda?? I beg to differ! If they were truly marching in memory & respect of Lee Rigby, a British soldier, then surely a military salute would of been appropriate and not a bastardised nazi one... That salute, in my opinion, is anti-british!! Disgraceful! Overall, it was the people of Sheffield, who united together, to show the EDL that we defend or multicultural city, who had the loudest voices when it comes to peace & unity, against hate.