Earlier today, activists from Derby Animal Rights engaged with Saturday shoppers outside the Guildhall meat and fish market in the centre of Derby, discussing the controversial issue of animal agriculture. In addition to an information stall, two activists were naked, wrapped in meat packaging and labelled up as "oven ready humans", drawing attention to the often overlooked reality that trays of sanitized and unrecognisable flesh in a shop chiller were once living, feeling individuals. There was a blood spattered butcher wielding a cleaver to highlight the inherent violence of the industry and a hard hitting narrative delivered over a megaphone. 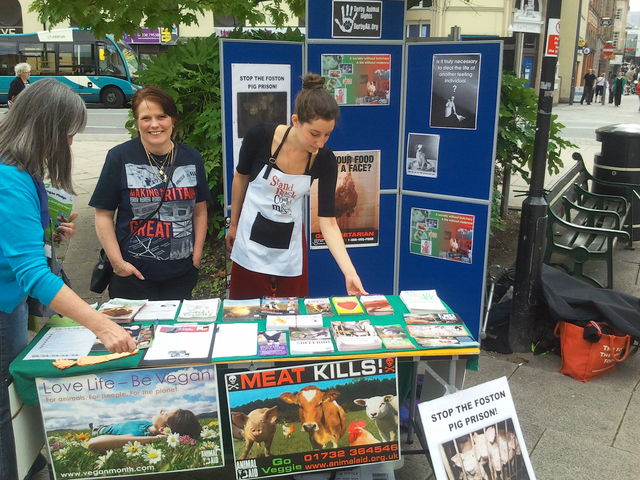 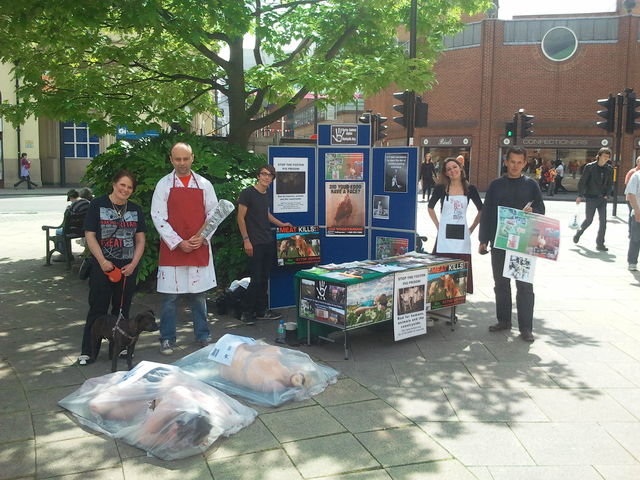 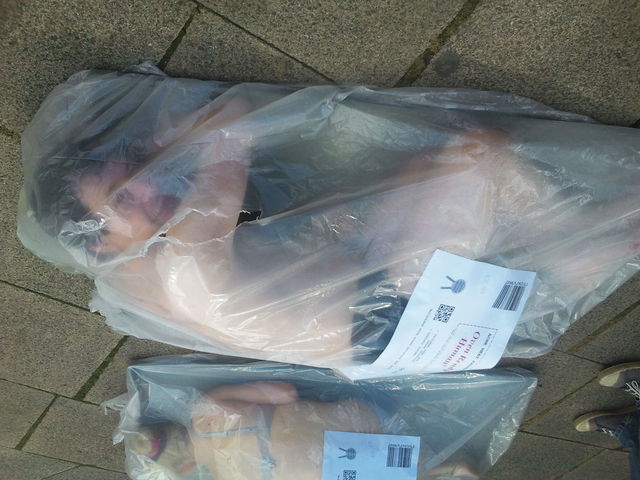 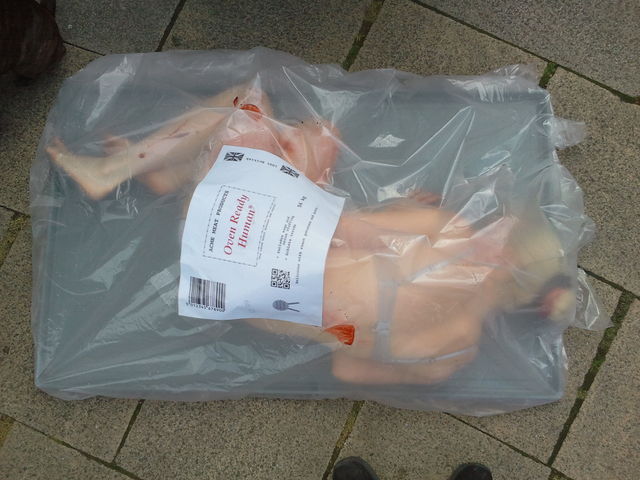 The veggie campaigners distributed leaflets from various animal rights organisations such as Animal Aid (animalaid.org.uk) and Viva (viva.org.uk), whose undercover investigations have revealed widespread malpractice and brutality in the farming industry.

Rainforests are cleared for grazing; methane from livestock causes global warming; soil is eroded by cattle; slurry poisons waterways; and the seas are laid to waste by overfishing. The global appetite for meat and the industrial techniques of the meat industry are destroying the Earth.

Further, while 750 million people go to bed hungry every night, one-third of the world's grain is fed to farmed animals... A typical Western meat-based diet can only feed 2.5 billion people: a plant-based diet will feed every one of us.

Also worth noting is that Vegetarians live longer and suffer less from diseases such as hypertension, obesity, coronary artery disease, certain kinds of cancer and diabetes...

It was Sir Paul McCartney who first observed "If slaughterhouses had glass walls, everyone would be a vegetarian" (see meat.org for more from this British music legend). On the evidence of today's Derby Animal Rights initiative, it seems he was right. The response from the public was generally very positive, several pledging to permanently give up meat after seeing pictures from behind the scenes of its production.

There were also petitions against the selling of kangaroo meat by Lidl, and of course against the widely hated plans to build the biggest factory farm the UK has yet seen, in Foston, just up the road...