On 29th March 2012 Liberty, hosted a public meeting at Sheffield Hallam University on the subject of the threatened extradiction of Richard O'Dywer. The meeting was addressed by Shami Chakrabarti, Julia O'Dywer, Isabella Sankey, an impromptu appeareance from David Davis, Jawed Siddiqi and Jessica Zeun. 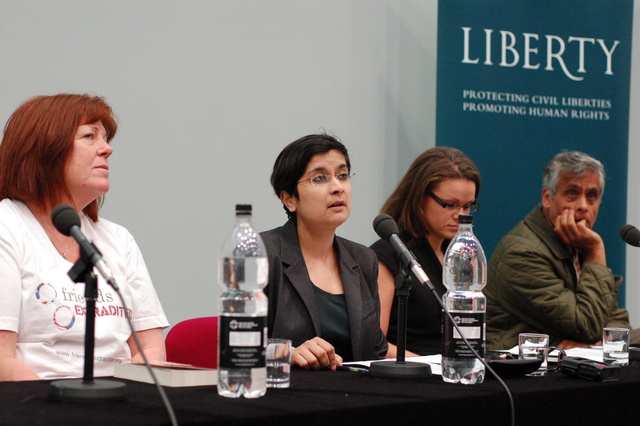 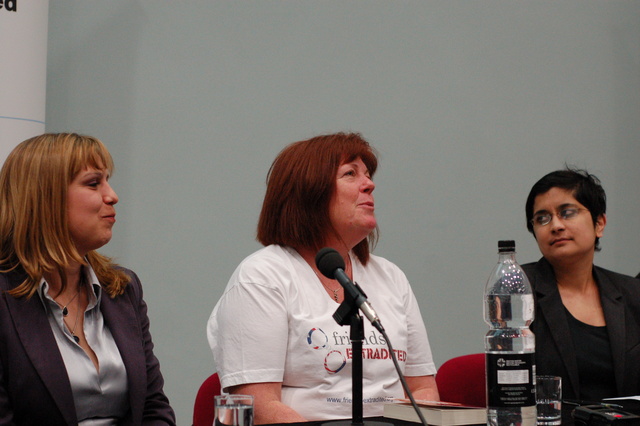 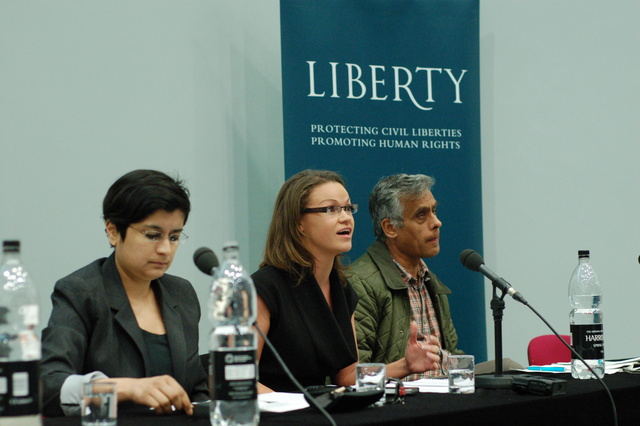 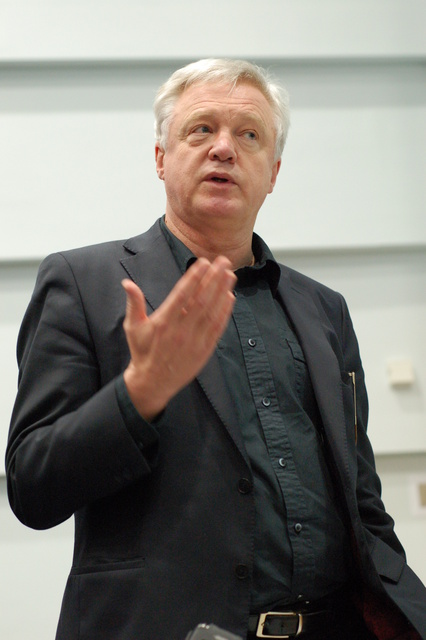 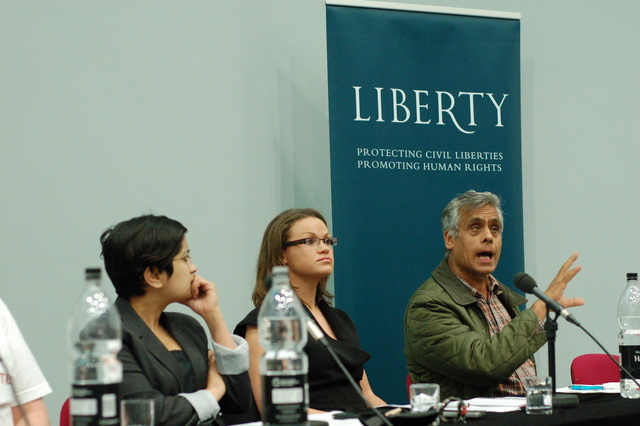 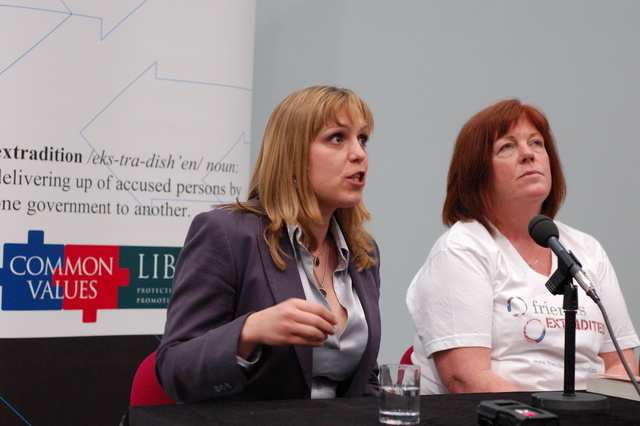 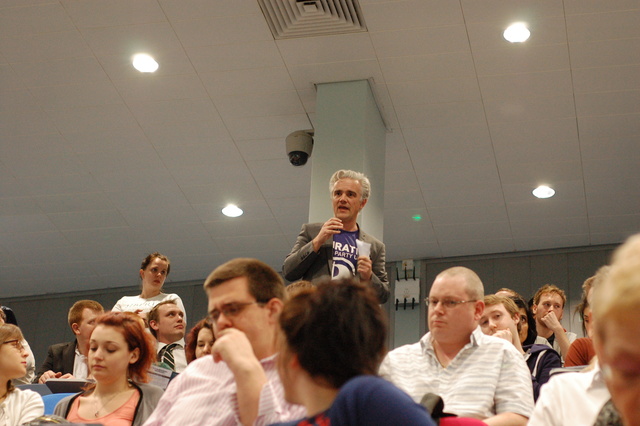 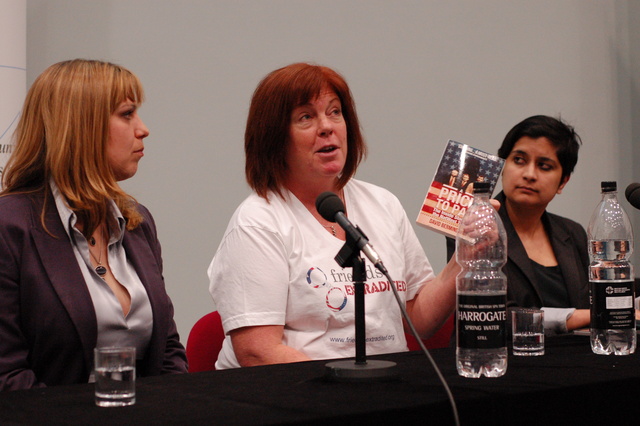 Richard is facing extradition to the USA because he ran a web site on a .net domain on a server in Sweden which had hyperlinks to copyrighted material elsewhere -- something that is not a crime in the UK.

For more information please follow Richard's mum on Twitter -- she is doing an amazing job fighting for her son:

In January 2012 Julia addressed an Occupy Sheffield rally on the Town Hall steps:

Today Liberty welcomed the House of Commons Home Affairs Select Committee’s urgent call for a major overhaul of the UK’s unfair extradition arrangements with the US.

A report by the highly influential cross-party committee has urged the Government to act without delay to try and restore public faith in our lopsided extradition treaty. The plights of the likes of Gary McKinnon, Richard O’Dwyer and Christopher Tappin amongst others have fuelled growing concern over the injustice of the current system.

The Home Affairs Select Committee has recommended a series of measures – each of which Liberty has long fought for as part of its Extradition Watch campaign for fairer extradition laws:

“The Home Affairs Select Committee has one of the most important voices in the House of Commons and people all over Britain will welcome this report.

“From South Yorkshire to the Home Counties, ordinary families face the devastation of instant extradition without evidence, common sense or compassion. If an autistic man can be branded a cyber-terrorist and a mother fleeing abuse a kidnapper, who is safe from this madness?

“Liberty has long called for each of the committee's recommendations. No-one should be sent abroad without a basic case tested in a local court and it’s time the Government loosened the straightjacket around our judges to let more cases be tried at home”.

- That a person should not be sent to stand trial in a foreign court without a basic case being presented in a British court;

- If the crime is alleged to have occurred in whole or part in the UK, then extradition should not occur if a British court decides it is not in the interests of justice to extradite;

- A person in the UK should not be extradited for something that is not a crime in the UK;

2. In 2006, amendments were made to the Extradition Act that would allow a UK court to bar extradition on the basis of "forum", giving UK judges greater power to decide on the basis of each individual case whether it is appropriate to order extradition. Yet these provisions have never been brought into force. When the law was introduced as an Opposition amendment in 2006 the previous Government only agreed to it after introducing a ‘killing clause’ – ensuring that the law could not be brought into force unless both Houses of Parliament passed a resolution to do so. The previous Government never intended to bring it into force – the then Home Secretary the Rt Hon Jon Reid MP was explicit about this when he said: “The Government are not, of course, obliged to bring forward such a resolution, and have no intention of doing so“. If each House of Parliament passes a resolution to bring the forum amendment into force, then the Home Secretary must make a commencement order. This order must bring the provisions into force within one month of the resolutions being made