Attached is a recording of the Sheffield launch of Yorkshire CND's new research report on Menwith Hill, "Lifting the Lid on Menwith Hill: The Strategic Roles and Economic Impact of the US Spy Base in Yorkshire" which was introduced by the author of the report Dr Steve Schofield and was held on 21st match 2012 at the Quaker Meeting House in Sheffield. 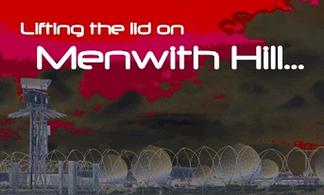 This is the first report of its kind that investigates the role of Menwith Hill since the European Parliament resolved that the electronic surveillance breached the European Convention of Human Rights in 2001.

It sheds light on the work of the US base which is run by the National Security Agency (NSA) under an informal and secretive lease agreement with the UK Government. Important questions are raised within the report regarding the base's accountability to Parliament.

- Menwith Hill's strategic role as a regional intelligence base illegally collecting and analyzing information from satellites, phone tapping and the interception of internet traffic

- An examination of claims made by the US authorities, and repeated in

- Parliament, of the economic benefit of the base to the local community