The Beehive Collective's huge portable mural illustrations and an engaging
narrative, “The True Cost of Coal” will take you on an interactive tour 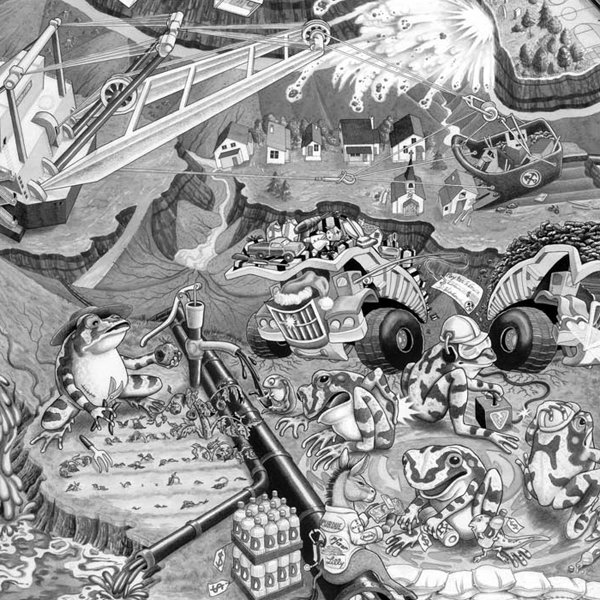 of the connections between coal mining, climate change, unions and the struggle
for social justice throughout the world, with a focus on struggles
against Mountain Top Removal in the Appalachian Mountains, USA.

Touring with Coal Action Scotland whose direct action against coal infrastructure in South Lanarkshire has targeted machinery, mine bosses, fat-cat land owners and corrupt politicians, and communities have struggled against these same things for much longer. South Lanarkshire Council has already approved Glentaggart East, a huge new 4 million tonne mine that will operate for at least 10 years causing untold destruction to the local environment and community health. We're building up to stop this new mine through direct action and direct community solidarity. Join us in the first half of 2012 to stop an opencast and bankrupt the UK's largest opencast mining company!