The August 'Riots': film, talk, and discussion in Leeds

Radical and historical analysis, discussion, and film about the widespread riots across the UK last summer. 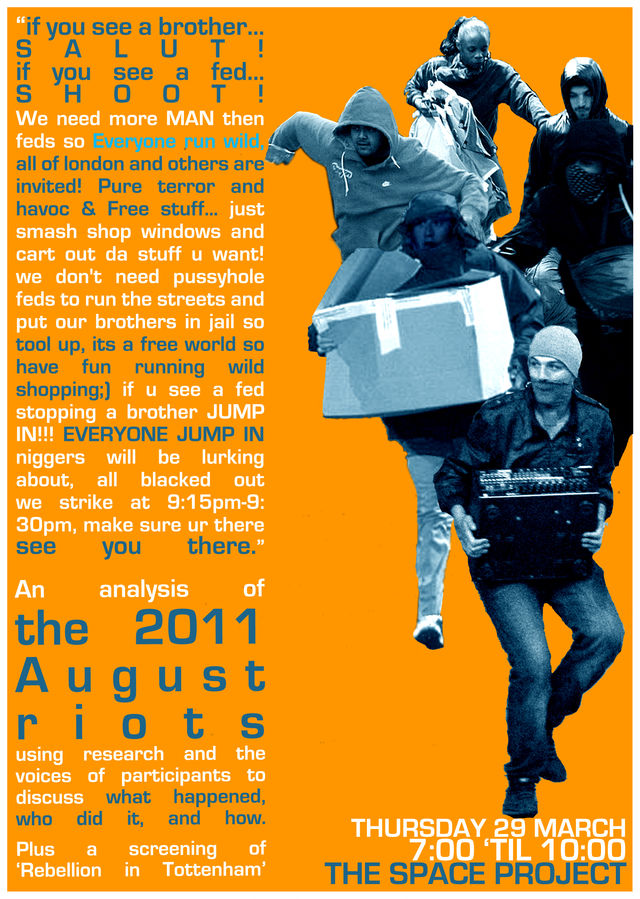 The August 'riots' last year were portrayed by the media and politicians as the actions of 'greedy feral youth' within a 'criminal underclass'. Most of these politically loaded explanations were presented before what had happened was even known.

Using hard research and the voices of participants, this event will provide an analysis of the 'riots' of August, considering what actually happened, who was involved, and how they did it.

It will also critique the representation of the events in the media and mainstream politics and consider the reactions of the state and capital.

Includes a showing of the film 'Rebellion in Tottenham 2011'.