On Saturday 3rd March protestors in Sheffield gathered on Devonshire Green, were ejected from Tescos on West Street, and then proceeded to make a noise and leaflet outside Marks and Spencers, McDonalds and Primark. 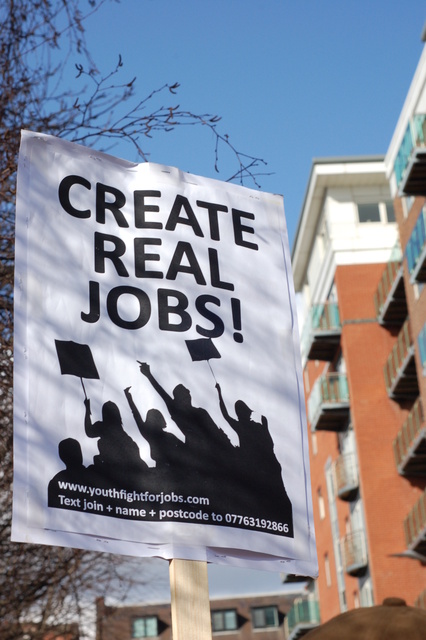 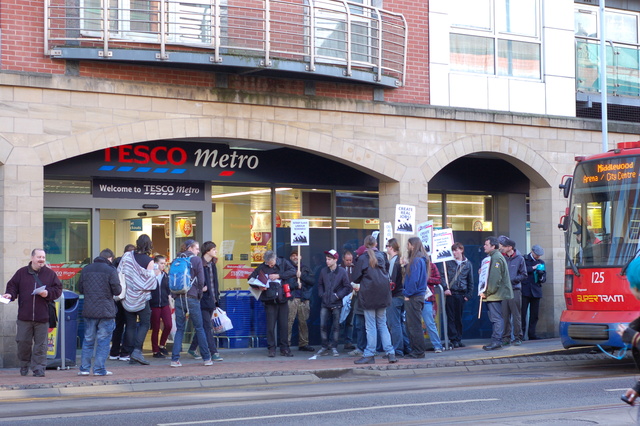 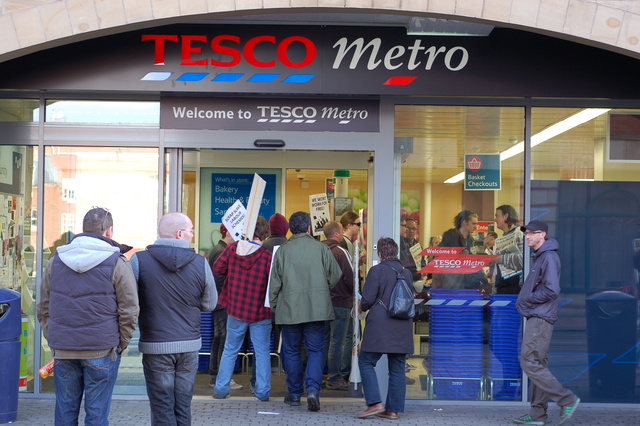 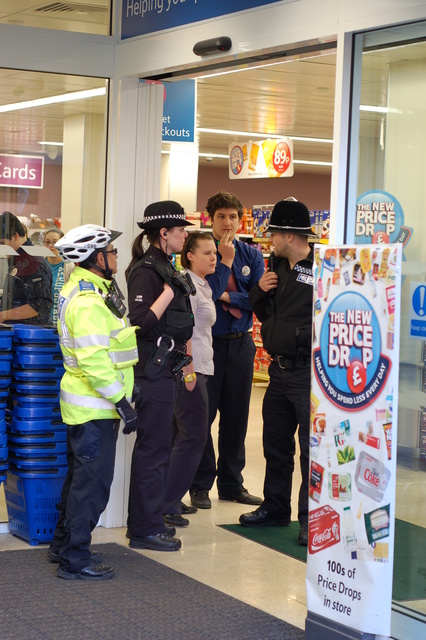 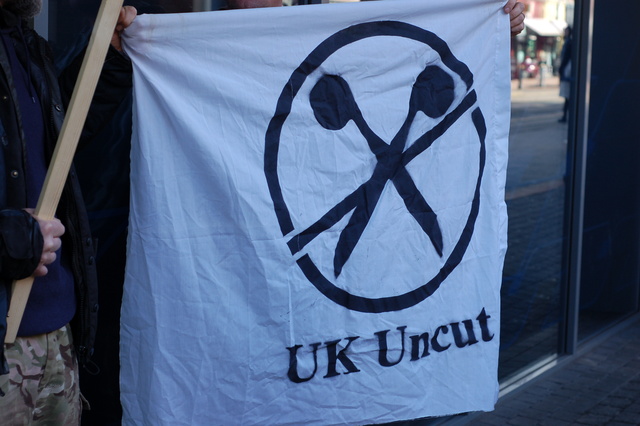 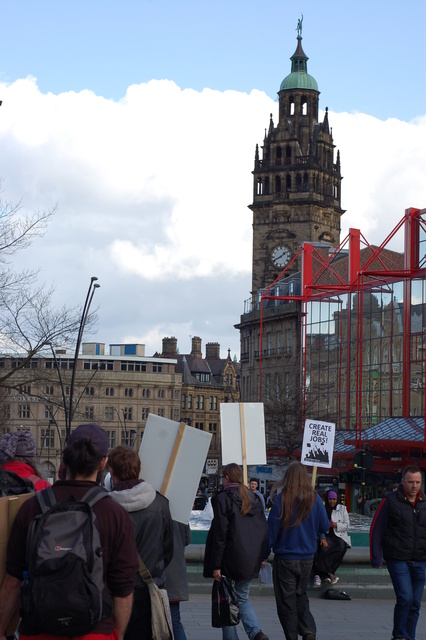 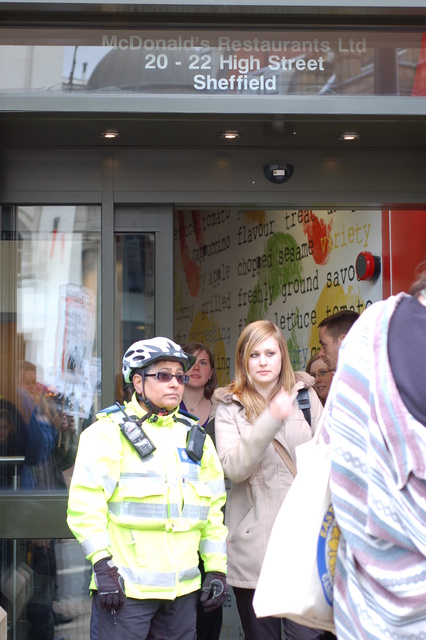 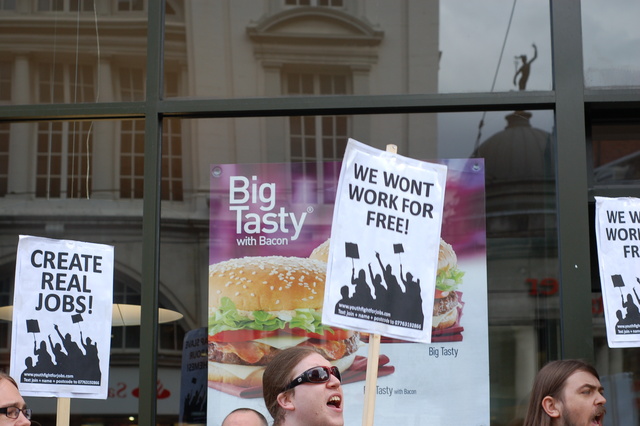 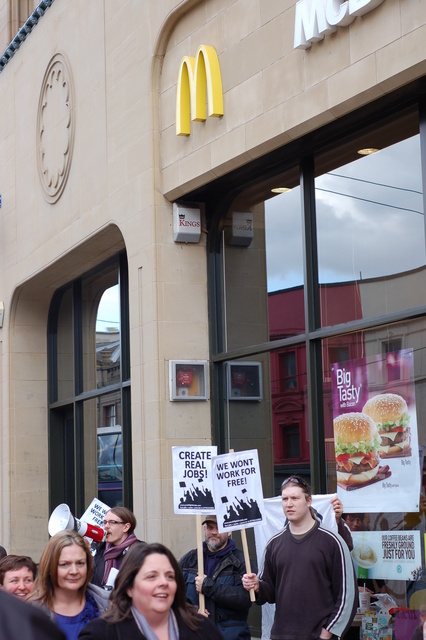 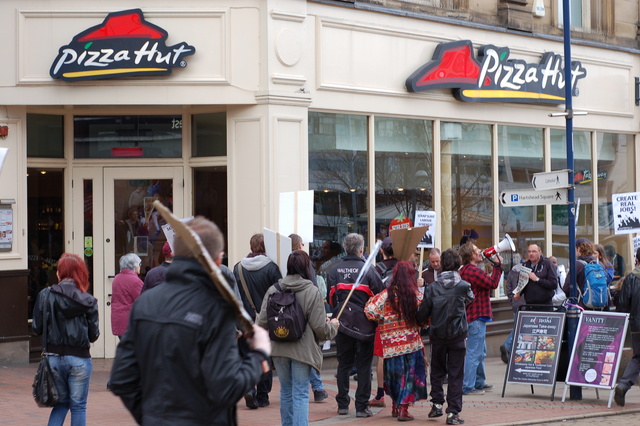 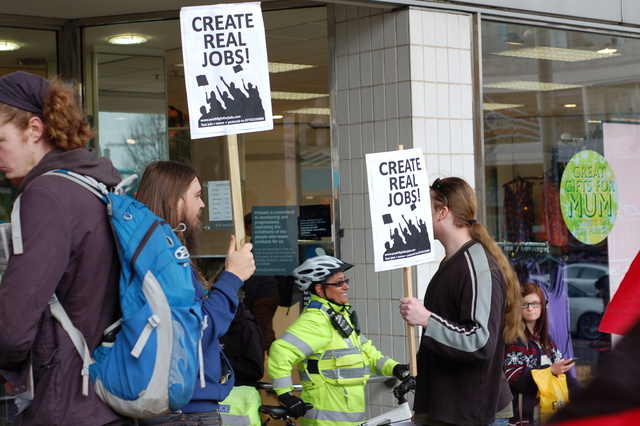 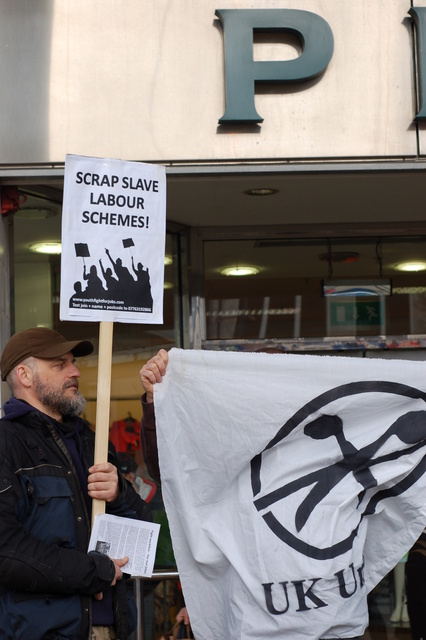 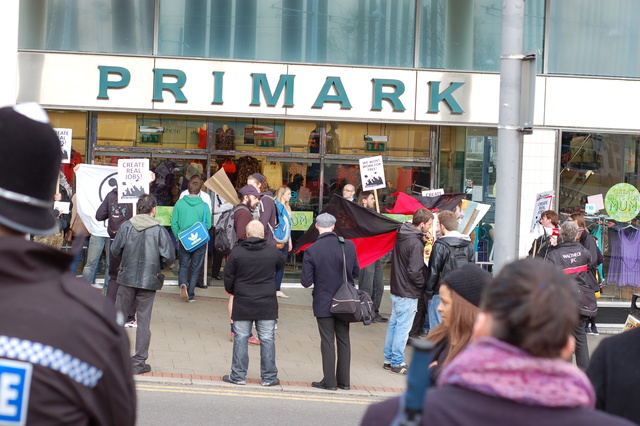 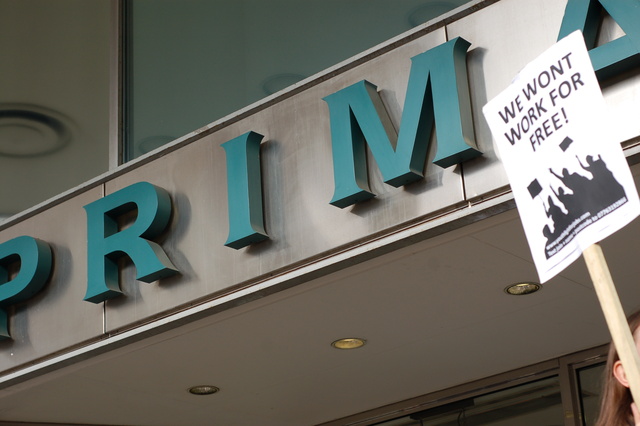 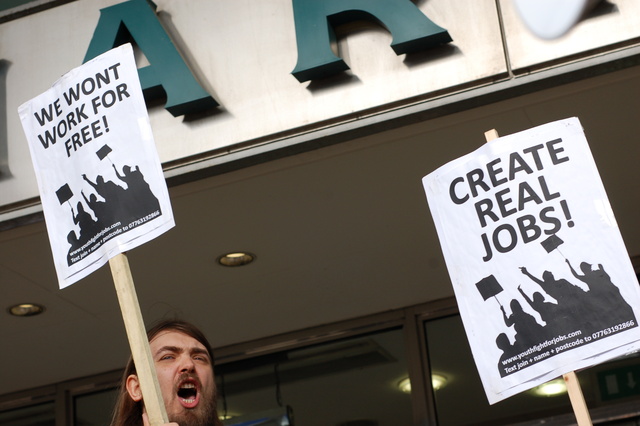 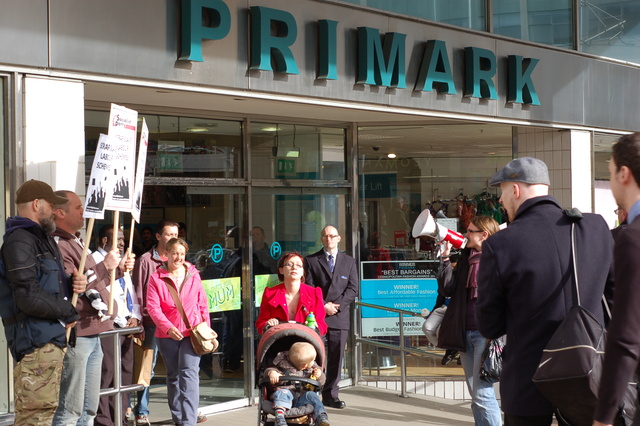 Promo text for the protest:

So many high street stores are involved in taking on forced unpaid labour that there is plenty of choice – Tescos, Asda, Holland & Barrett, Primark, HMV, TK Maxx and Topshop to name but a few. Get a group together, make a plan, and head to the streets.

Workfare means that those on benefits are forced into unpaid work for multi-million pound companies. Instead of the living wage – they receive £2.25 an hour in benefits for 30 hours of work.

Workfare means those in paid positions may see their jobs replaced by this unpaid labour. Why would a company pay for people to do these jobs when they can get free labour from the Job Centre?

We can put a stop to this forced unpaid labour – Waterstones and Sainsburys recently announced that they would no longer take unpaid placements – the other companies just need a bit more encouragement to stop this exploitation.

We demand an end to this exploitation and call for welfare rights and living wages for all!

If you continue to exploit us we WILL shut you down!