After 99 days of occupation outside the Cathedral on Church Street in Sheffield, which started on 5th November 2011, Occupy Sheffield held a Moving on Parade to mark the striking of the camp which is due to happen tomorrow, Sunday 11th Feburary 2012. 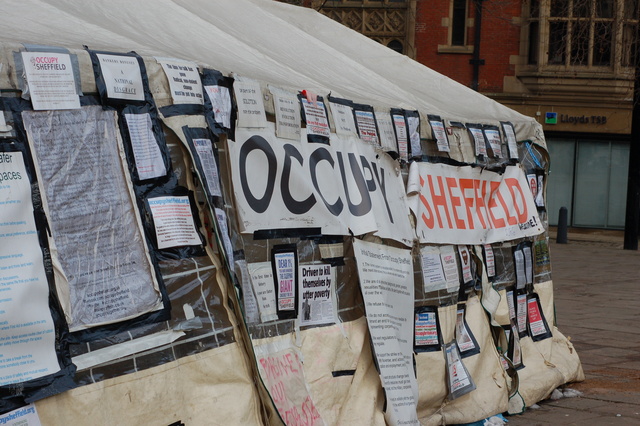 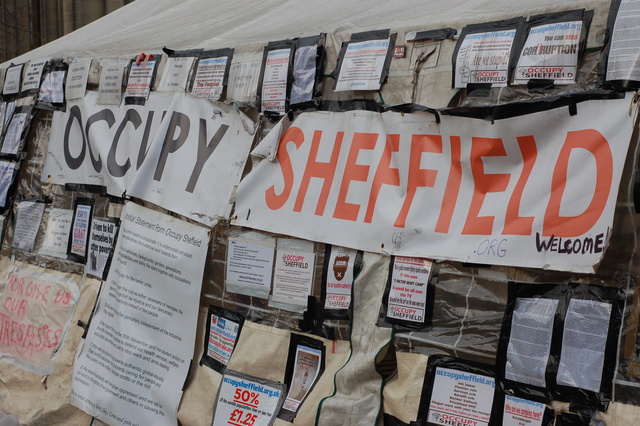 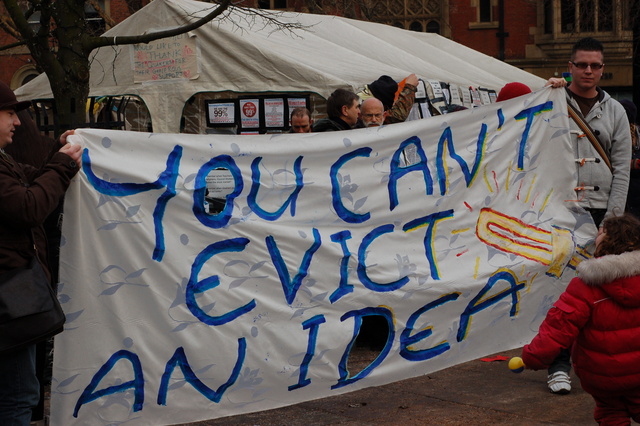 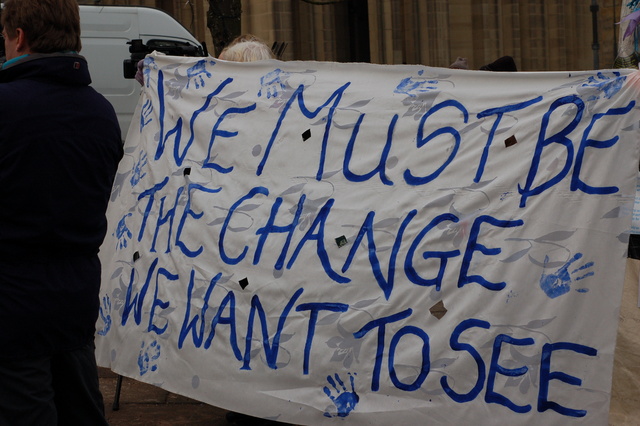 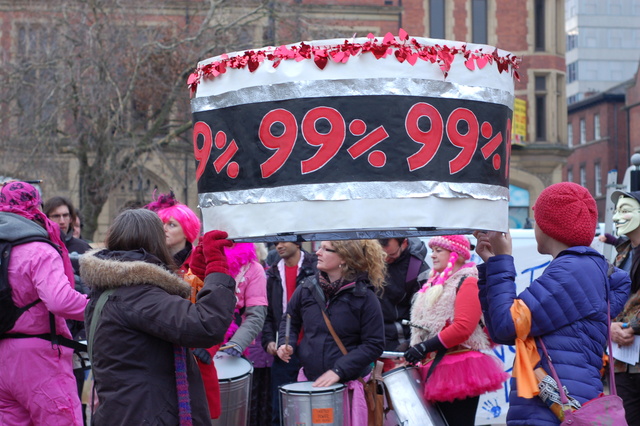 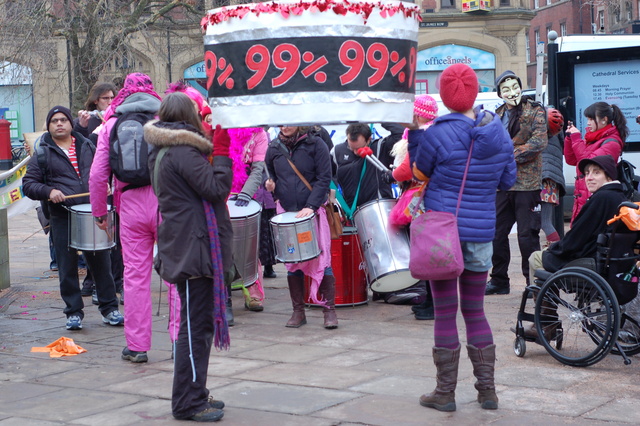 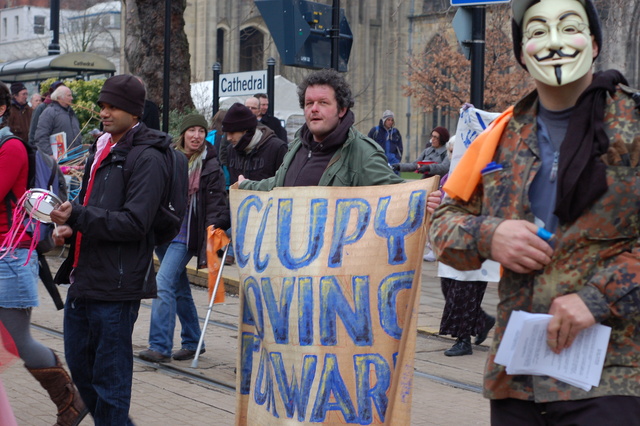 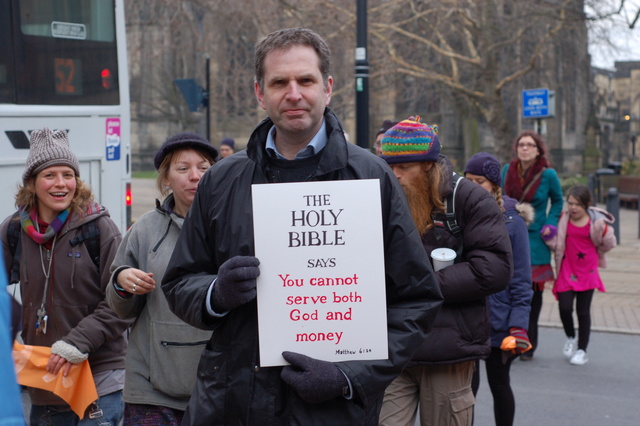 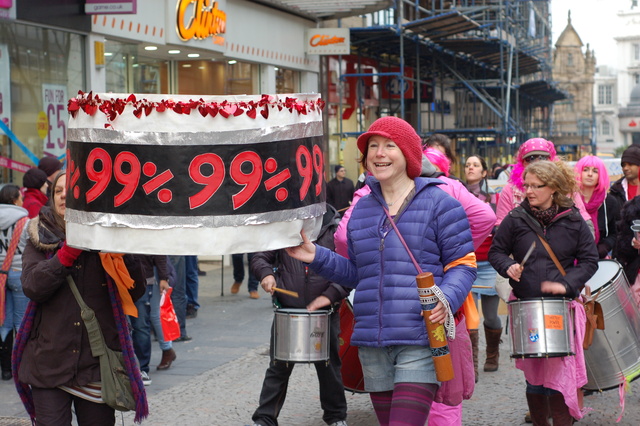 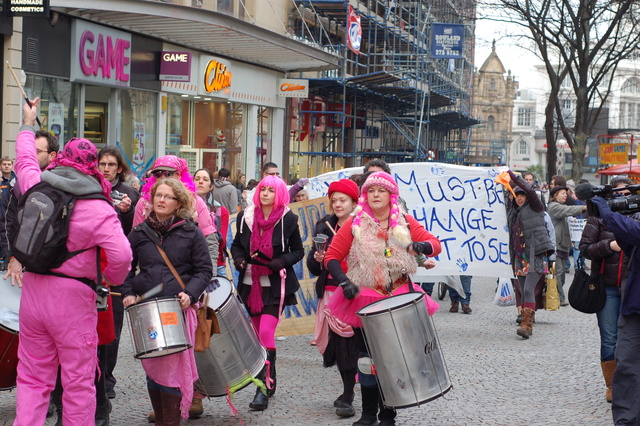 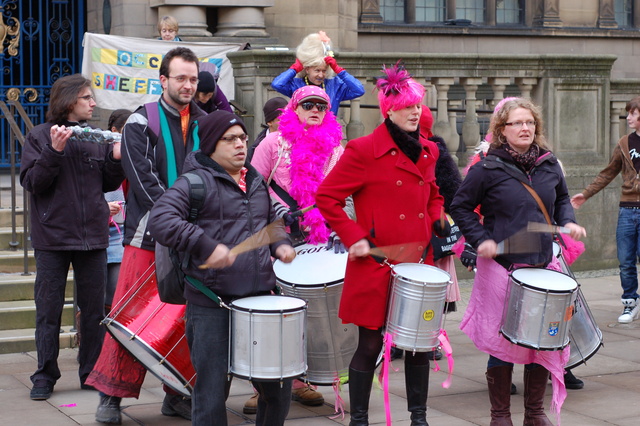 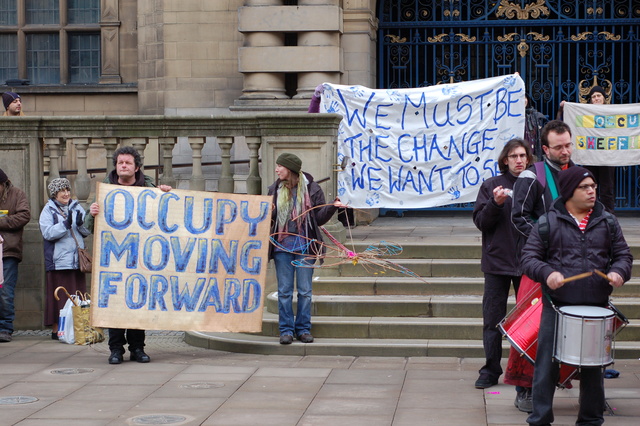 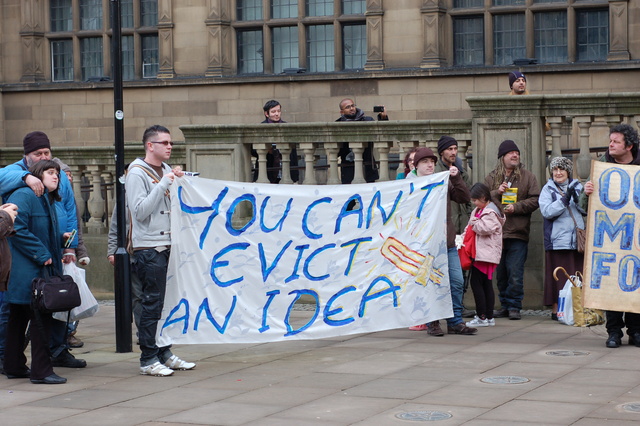 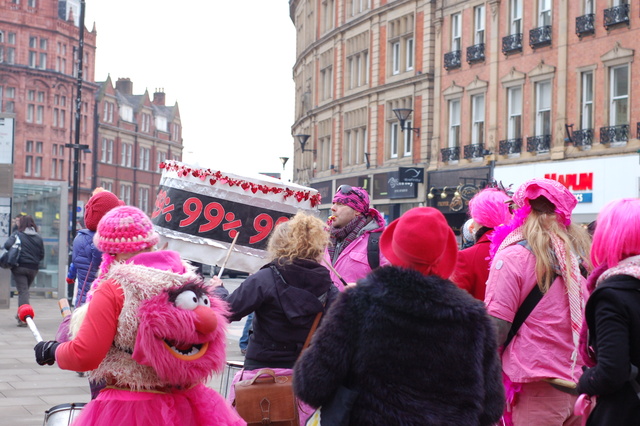 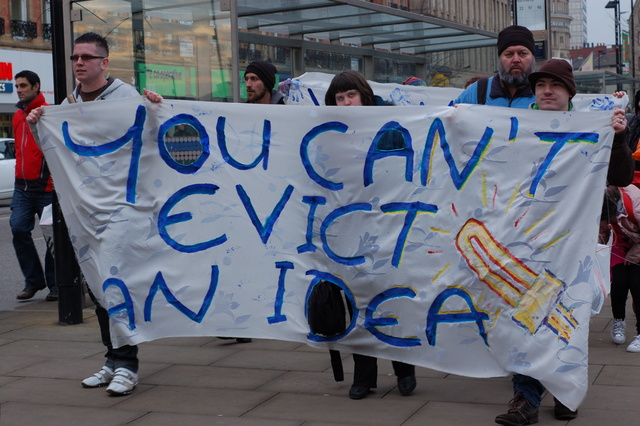 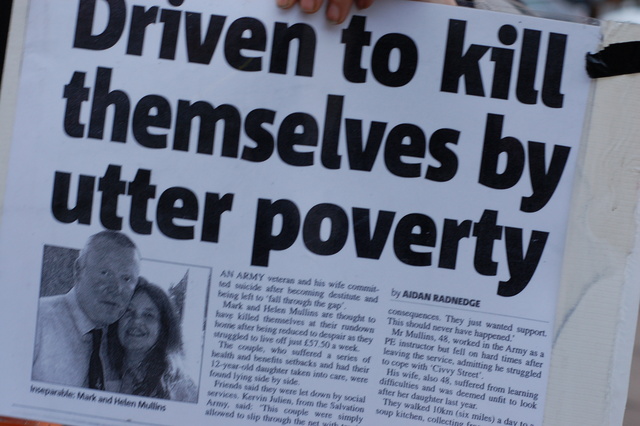 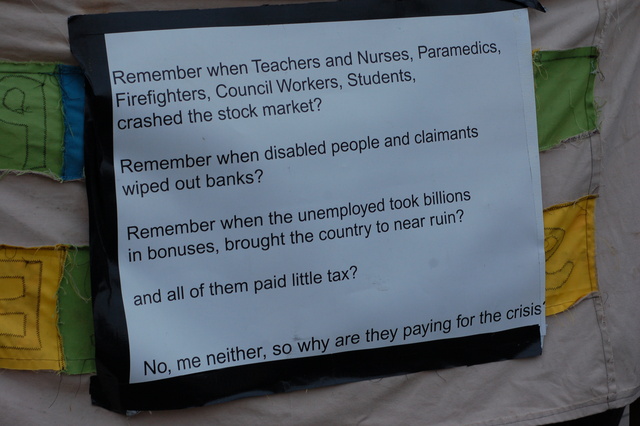 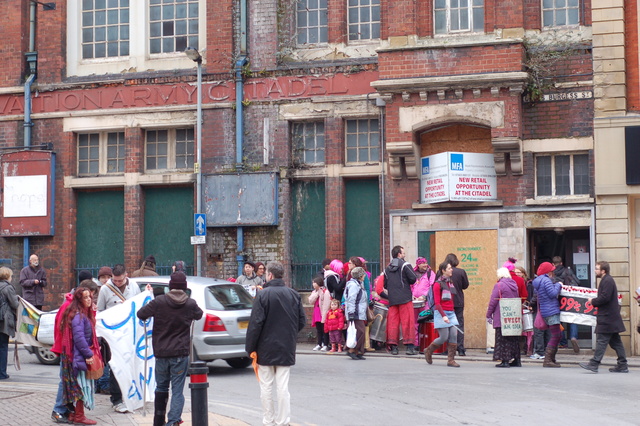 The procession, led by the cake for the 99% and the samba band went up Fargate, stopped outside the Town Hall, then went down The Moor before doubling back to the Citadel of Hope, where an evening of entertainment was due to take place.