Twenty Pizza Hut workers and their supporters in Sheffield braved freezing temperatures and billowing snow today to stage a protest against what they say are "insulting" conditions and pay. 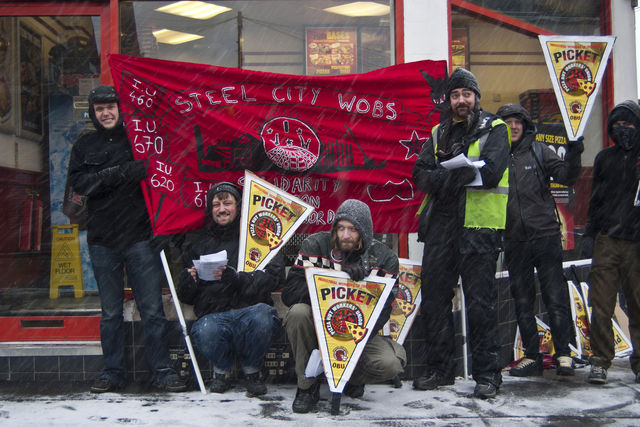 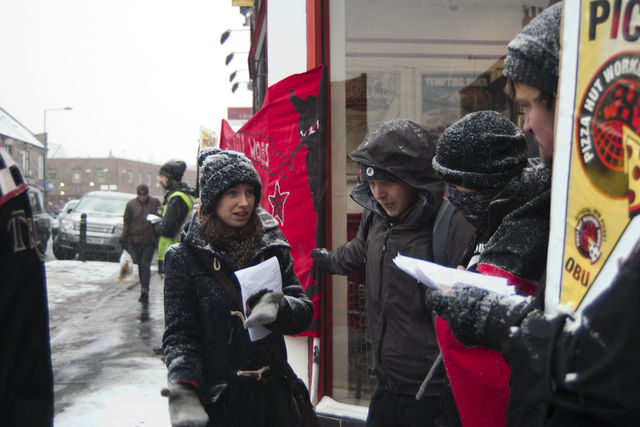 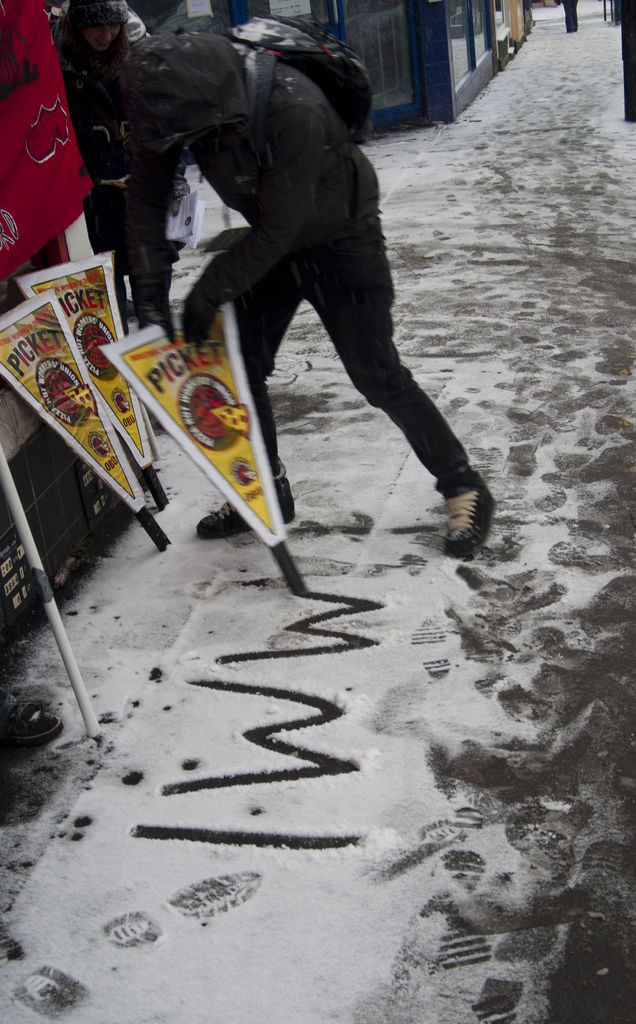 Members of the Pizza Hut Worker's Union surrounded the company's tiny store in Crookes, Sheffield carrying placards and leaflets that demanded management return to the negotiating table to discuss their frustrations over holiday pay and mileage rates.

Contrary to traditional practice, Pizza Hut workers do not receive the customary time and a half for working unsociable hours. This is despite many staff working late into the night and Bank Holidays, including Christmas Day.

Meanwhile, despite the staggering increases in petrol prices, Pizza Hut drivers still receive as little as 10p per mile in petrol money from the international franchise.

Despite the percieved downward trend in spending, take aways like Pizza Hut have been bucking the trend and continue to make huge profits. Workers are angry that this boom in business has not been reflected in their own pay. A Pizza Hut Workers Union member said:

"Despite our best attempts to talk to management, we feel like we aren't getting anywhere. It's a joke that as Pizza Hut's business continues to grow, the people that work the hardest and who are feeling the pinch are still receiving the bare minimum the company can get away with paying."

The Pizza Hut Worker's Union is part of the IWW (Industrial Workers of the World).

Supporters staged solidarity protests around the world in;
Birmingham

You can read more about Pizza Hut workers in this issue of IWW publication Industrial Worker; 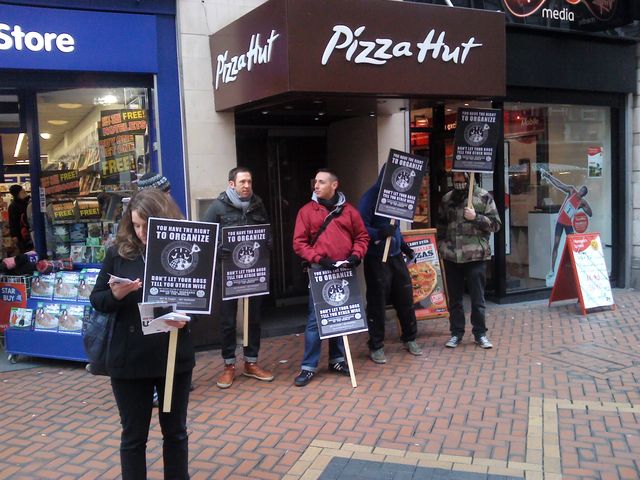 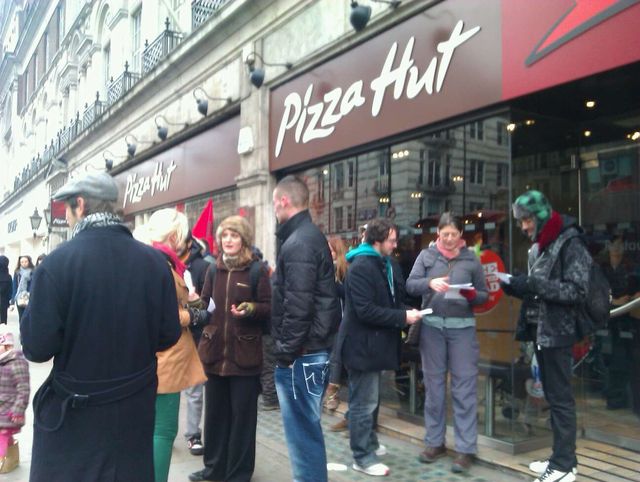 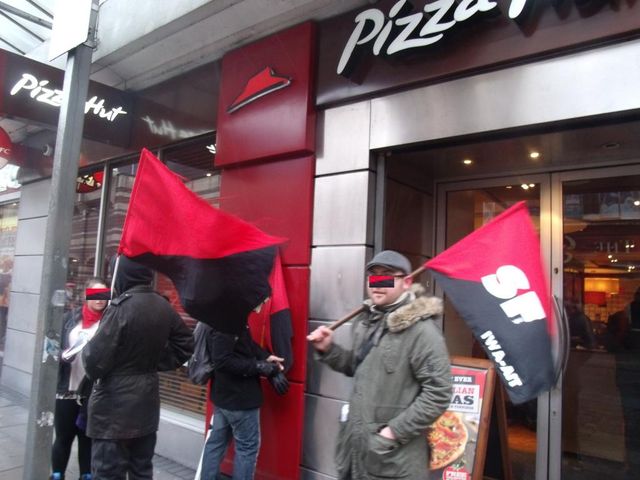 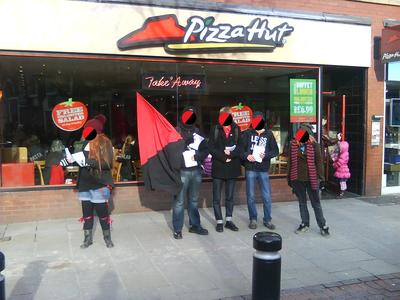