At the court hearing held on 26th January 2012, where Sheffield Cathedral was seeking a posession order on the basis that Occupy Sheffield was trespassing on their land and they were also seeking over £8k in costs against Occupy Sheffield. The judge ruled that a two day hearing was needed for the case and set the date for this hearing -- 21st and 22nd Feburary 2012. 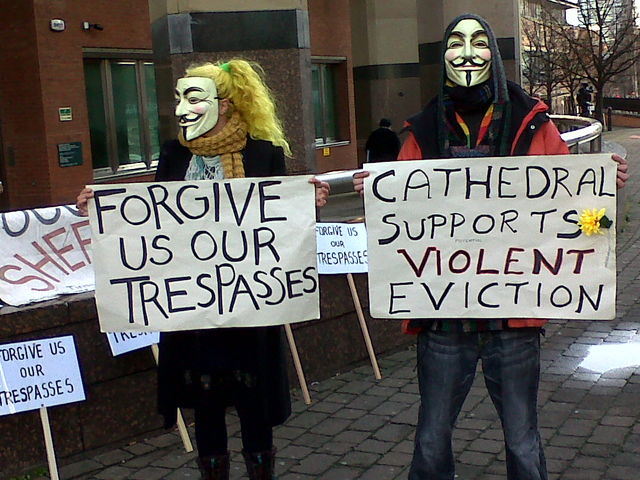 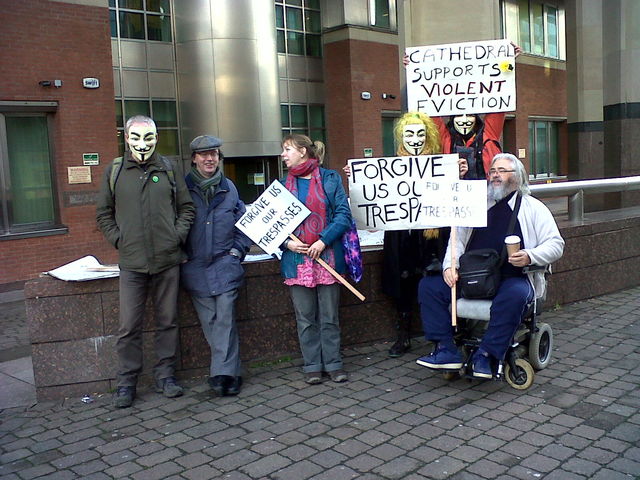 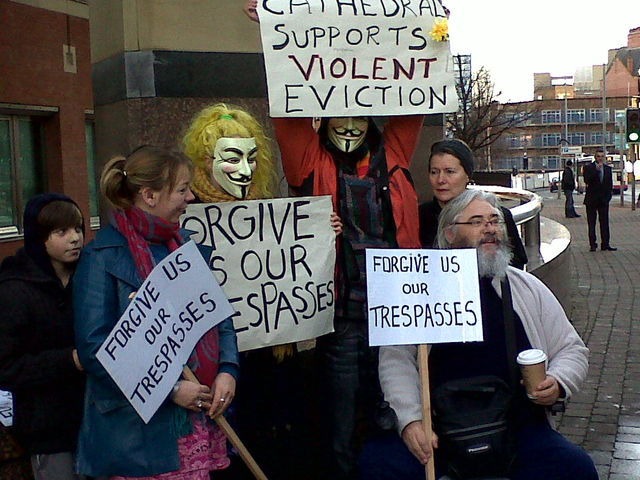 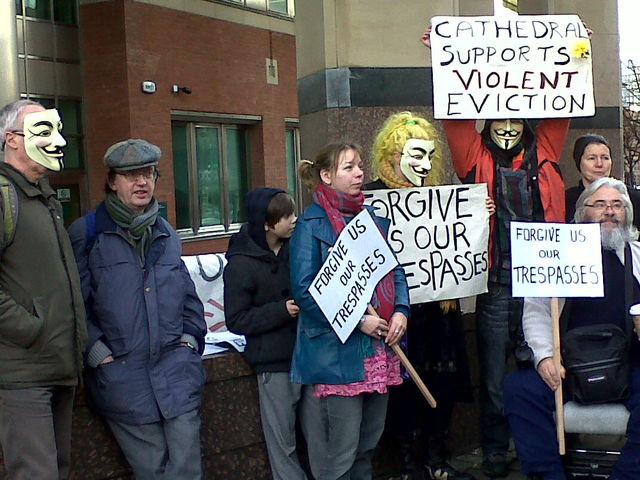 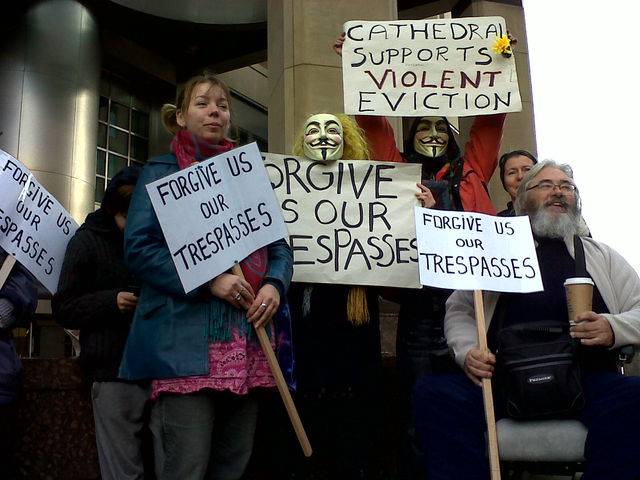 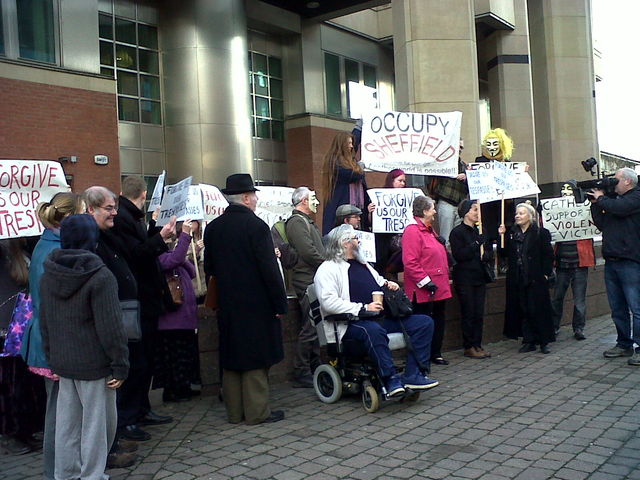 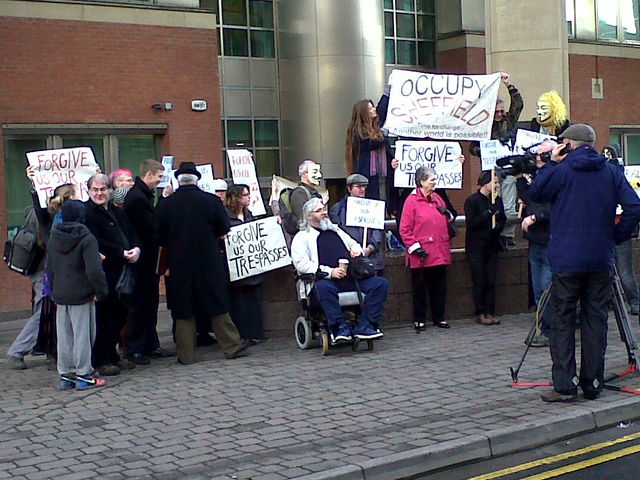 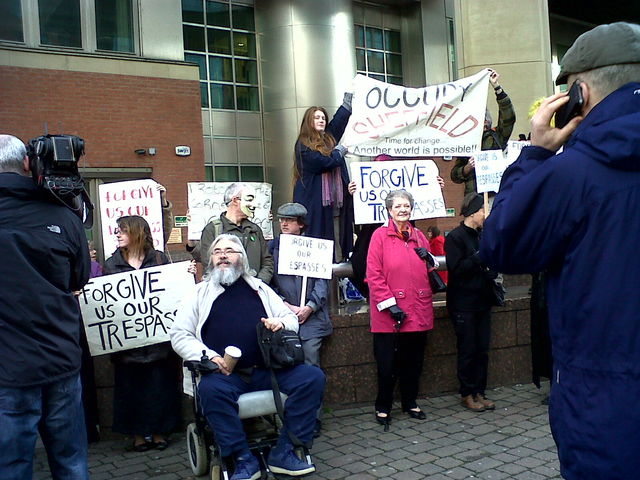 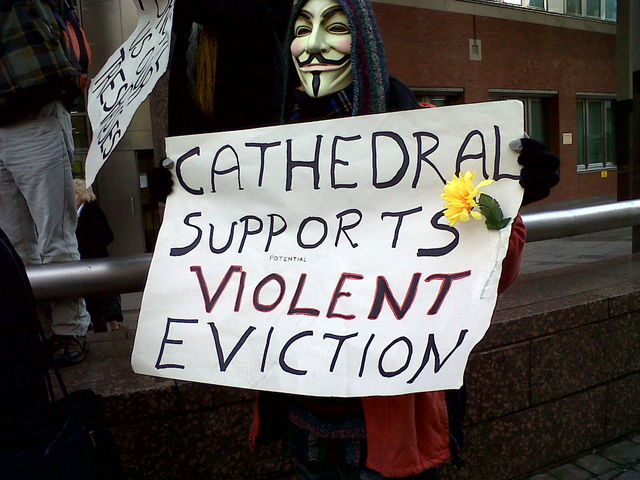 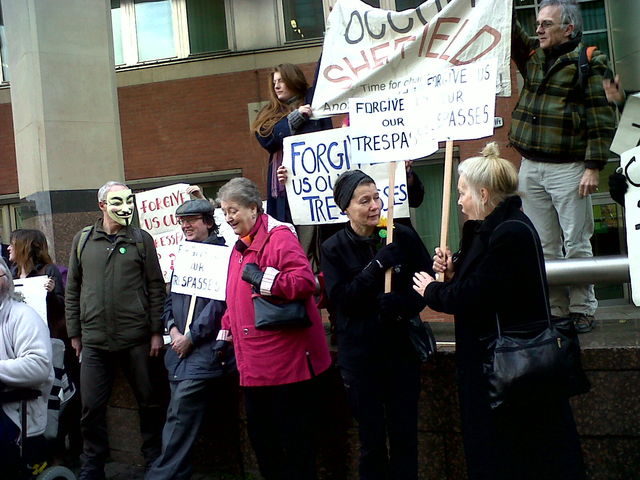 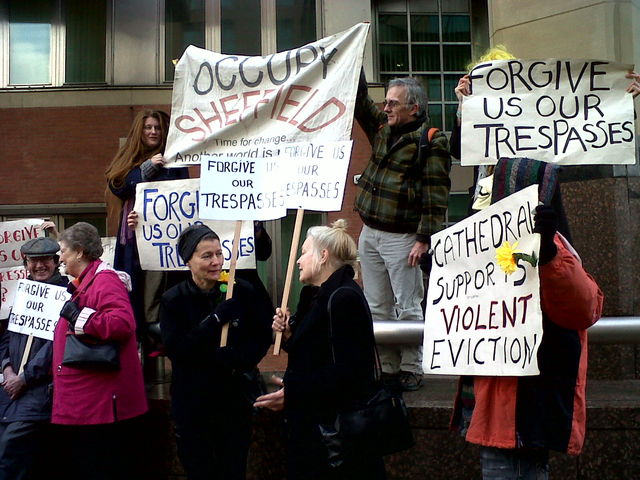 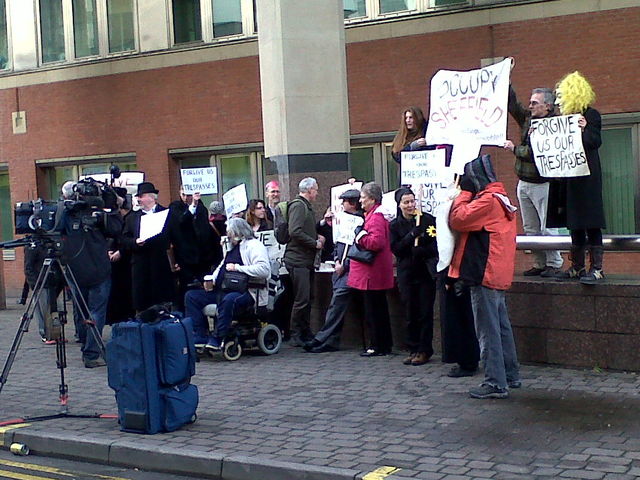 Attached are some photos from outside the court and a recording of a couple of interviews conducted by the corporate media with Occupy Sheffield's legal representaive.

The ruling from the judge was a defeat for the Cathedral -- they hoped to win today and to financially cripple Occupy Sheffield and the 14 individuals they have named in their legal action.

The Cathedral now have 3 days to submit their initial case, then Occupy Sheffield will have a week to submit their defence. The Judge said the he would visit the camp one week before the hearing.