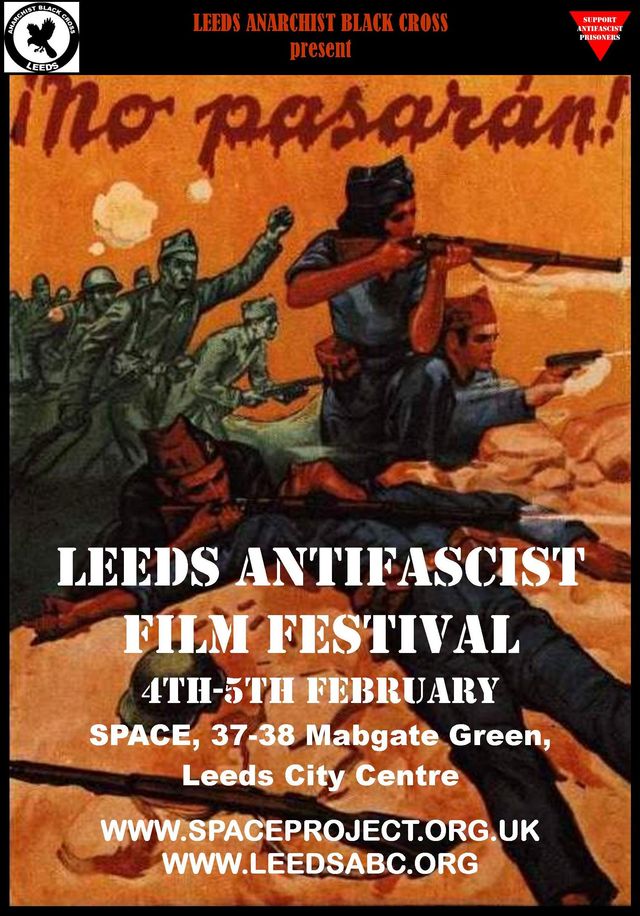 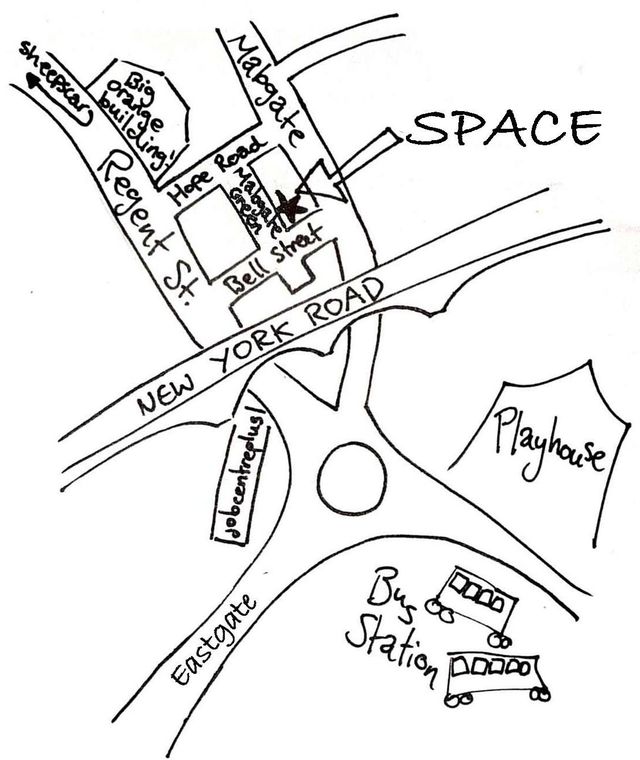 
Since its emergence as a distinct ideology at the beginning of the Twentieth Century, fascism has brought more misery to the world than any other political doctrine. Yet, even today, even after the titanic antifascist struggles of the past, and even the Nazi Holocaust, from Anders Breivik to Dale Farm, the threat of fascism still exists. In the past, our comrades had the courage to stand up and say No Pasaran! – They shall not pass! – From Leeds’ own Holbeck Moor, where Oswald Mosley was routed, to the battlefields of Spain. The heroism of these brave antifascists, who often paid the ultimate price for their resistance, should not be forgotten.

Leeds Antifascist Film Festival will take place at Space, an exciting new project at Mabgate in central Leeds, over the weekend of the 4th and 5th of February. We are showing films documenting the struggle against fascism in Spain, Germany, France, and England. The programme also includes some short talks, a quiz, and there will even be some anti-Nazi comedy. The Leeds ABC bookstall will be there selling books, pamphlets, T-shirts, badges, CDs, and more. There’ll be sandwiches and vegan cake, a raffle, and the weekend concludes with a session of antifascist songs from Javaad Alipoor.

This should be a great event so please make every effort to attend. Admission is free, but donations will be gratefully received on the door. No Pasaran! is a benefit for antifascist prisoners.

11.00am - Auschwitz – Recollections Of Prisoner No. 1327 - Kazimir Smolen survived four and a half years in the Nazi concentration camp. In this Polish-made documentary, he returns there to tell his tale. Running time 42 minutes.

12.00 Noon - Remembering Auschwitz - A short talk by Javaad Alipoor and Imran Manzoor about the infamous death-camp and their work in taking West Yorkshire teenagers to visit the site.

1.00pm – Conspiracy (15) - The chilling true story of how, at a short conference in Wansee, just outside Berlin, in 1942, the Nazis decided on ‘The Final Solution’ to the European ‘Jewish Problem’. Stars Kenneth Branagh and Stanley Tucci. Running time 92 minutes.

3pm - When The Violins Stopped Playing - A short talk about the Gypsy Holocaust.

5.30pm - The 43 Group - Returning home after World War Two, many Jewish ex-servicemen and women were astonished to see Oswald Mosely’s fascists once again trying to stir-up anti-Semitism on the streets. This short film chronicles the militant response of the antifascist 43 Group.

6.10pm - The Welling Case - A talk about last year’s prosecution of 20 antifascists on trumped-up ‘conspiracy’ charges by one of those acquitted.

6.30pm - Laughing At The Enemy - Bod Green tells some of his favourite antifascist jokes, including some genuine 1930’s gems.

7.00pm - The Army Of Crime (15) - The true story of one of the most notorious resistance groups in Nazi-occupied France. In an attempt to discredit them, they were dubbed ‘The Army of Crime’ by the fascists they fought against. French (mainly) with English subtitles. Running time approximately 135 minutes.

12.00 Noon - Land And Freedom (15) - Ken Loach’s inspiring film about the Spanish Civil War, which follows a (fictional) young antifascist volunteer who leaves his native Liverpool to go and fight in Spain. In English and Spanish with English subtitles. Running time 109 minutes.

2.30pm - Living Utopia, The Anarchists & The Spanish Revolution - Juan Gamero’s 1997 documentary, which contains moving and inspiring interviews with 30 survivors of the Spanish Revolution. Regarded by many as the best film of the genre. Spanish with English subtitles. Running time 95 minutes.

4.30pm - The Anarchist Black Cross – A short talk about the work of Leeds ABC.

7.45pm - To The Barricades! - Javaad Alipoor performs a set of international antifascist songs.