With government moves to outlaw squatting in residential buildings and the organisation of activists into a movement of positive action against the criminalising of squatters, once again radical social spaces is back on the agenda and the forefront of people’s political activity. 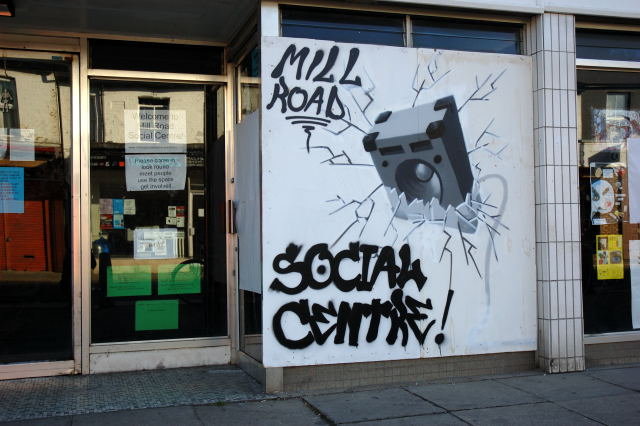 Groups such as Squatters Action for Secure Homes (SQUASH) and Squatters Network in Brighton (SNOB) along with the long established Advisory Service for Squatters are all playing their part to ensure individuals retain the right to a safe home in empty buildings. We will be looking at the implications of the new laws against squatters in future editions of the paper, but for now we ask what is the future for autonomous social spaces?

Social centres, simply defined are ‘radical independent social and community centres’ and they have had something of a resurgence in recent times. This may be due to the upsurge in political activism in general and recognising the need for a radical community hub and active political base. As the people involved in the Birmingham Social Centre say “The spaces by their nature attract local residents, local activists and often create exchanges and meeting points that result in strong communities actively pursuing their civil power and asserting control over their own lives”.

Groups in Birmingham, Sheffield and Manchester are all committed to establishing permanent social centres in their respective cities. This is an incredibly positive move and hopefully in the new year we will see emerging new places for radical ideas and activities.

If anarchists wish to get involved in any of these projects then get in contact below: