Occupy Sheffield Statement on the occupation of the Citadel Of Hope

Occupy Sheffield have issued the following statement regarding the occupation of the former Salvation Army Citadel in Sheffield City Centre. 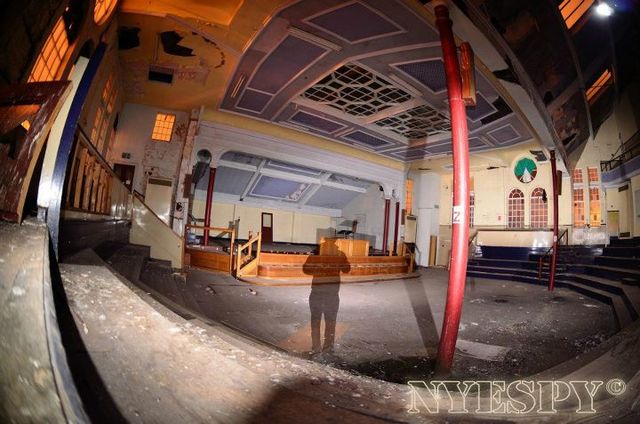 The original Occupy Sheffield encampment outside Sheffield Cathedral will remain in situ. ‘The Citadel of Hope’ will not be an open residential occupation, but will be crewed at all times. People wishing to join the residential encampment at Sheffield Cathedral should continue to do so. Until such time as the building has been made safe, Occupy Sheffield will make all decisions relating to the building through the General Assembly meeting held daily at 6.30pm on the Cathedral forecourt. All are welcome.

The Citadel of Hope will operate the same ‘Safer Spaces’ policy [2] that is in place at the main encampment – among other things, the Citadel will be alcohol and drug free, and those who transgress this policy will be asked to leave.

In addition to facilitating community groups suffering at the hands of government cuts, The Citadel of Hope will provide a further platform the Occupy movement in Britain to campaign for economic justice, and will be host to the National Occupy Conference on the 21st and 22nd of January 2012.

We believe that there is an alternative to the tired mantras of Thatcherism, and that the evidence for the need to change is playing out in front of our eyes.

The Citadel of Hope is a place where you can come and be informed, be inspired and be involved in a global movement [4] which is advocating for a more just society, run for the benefit of all.

Occupy Sheffield is a transparent, non-hierarchical, volunteer organisation which is made possible by people giving their time and energy in support of a cause in which they believe. Most people have jobs, and most people are not able to be involved all the time.

If you believe that it is time to articulate an alternative to this destructive turbo-charged capitalism then The Citadel of Hope needs you.

Occupy Sheffield / The Citadel of Hope

[1] A section 6 notice governs the legal status and civil proceedings that an unoccupied building is subject to. These are civil matters. No act of criminality has occurred in possessing this building.