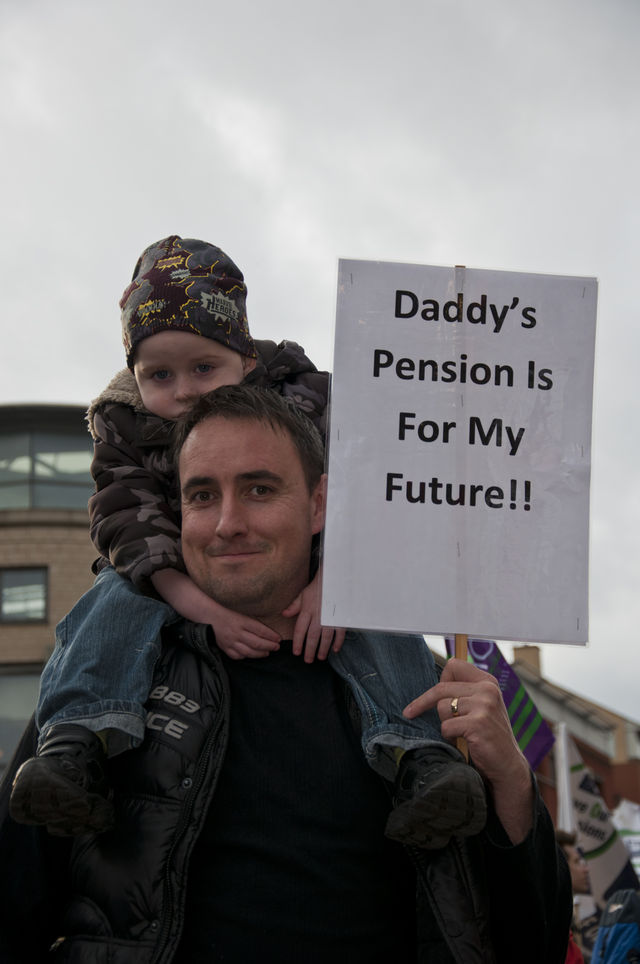 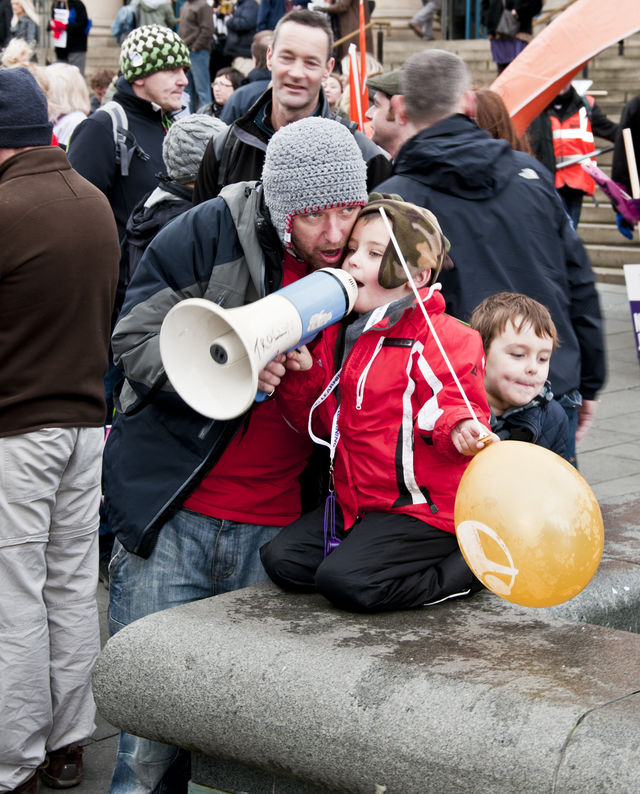 Young and old, vocal about the cuts. 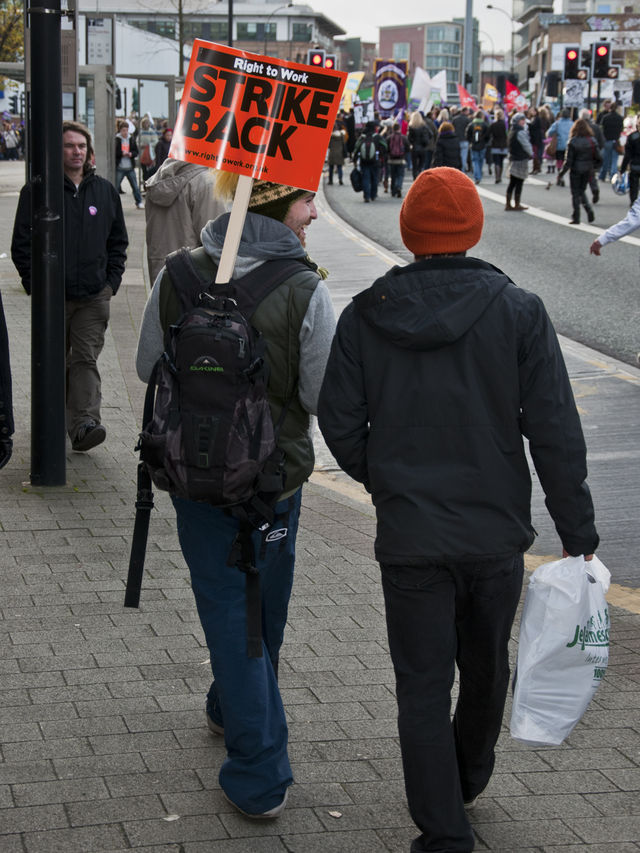 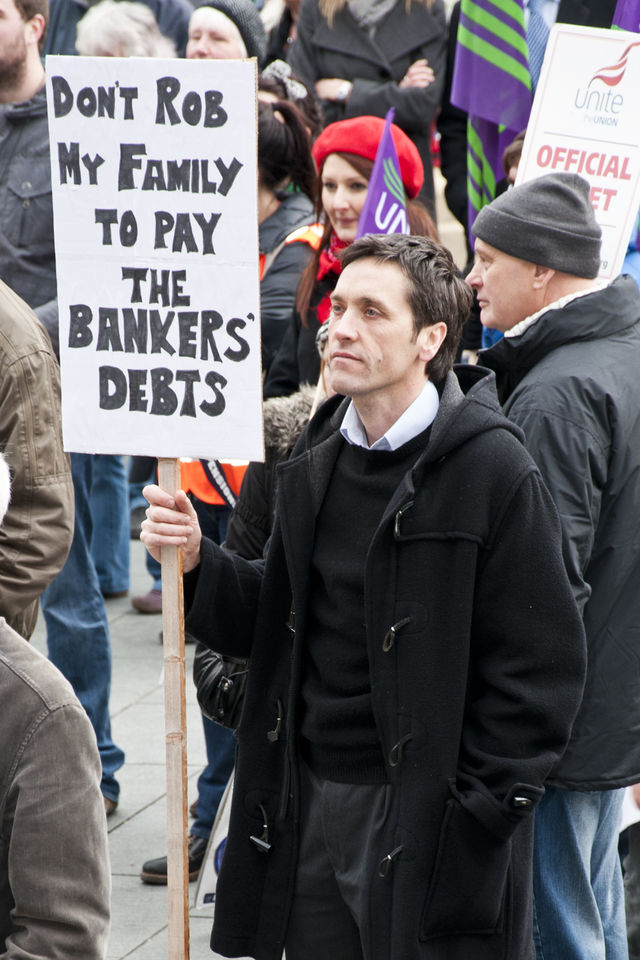 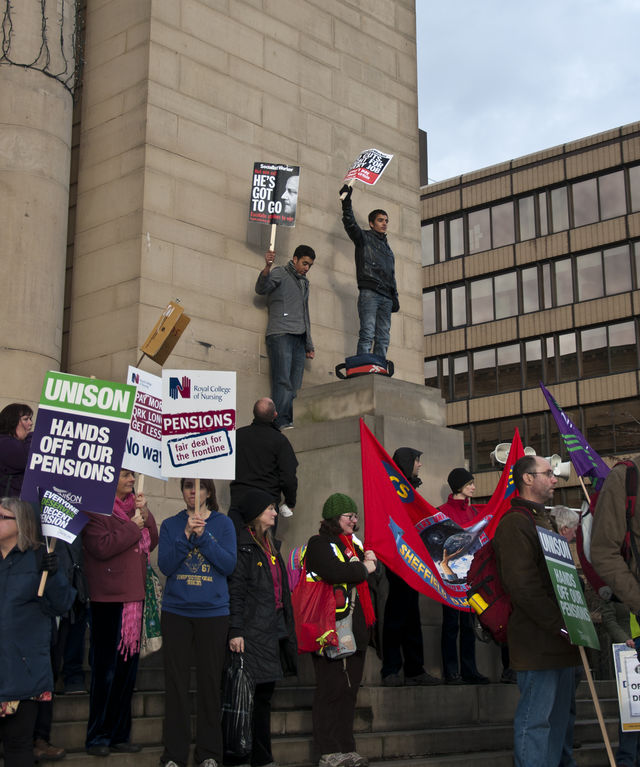 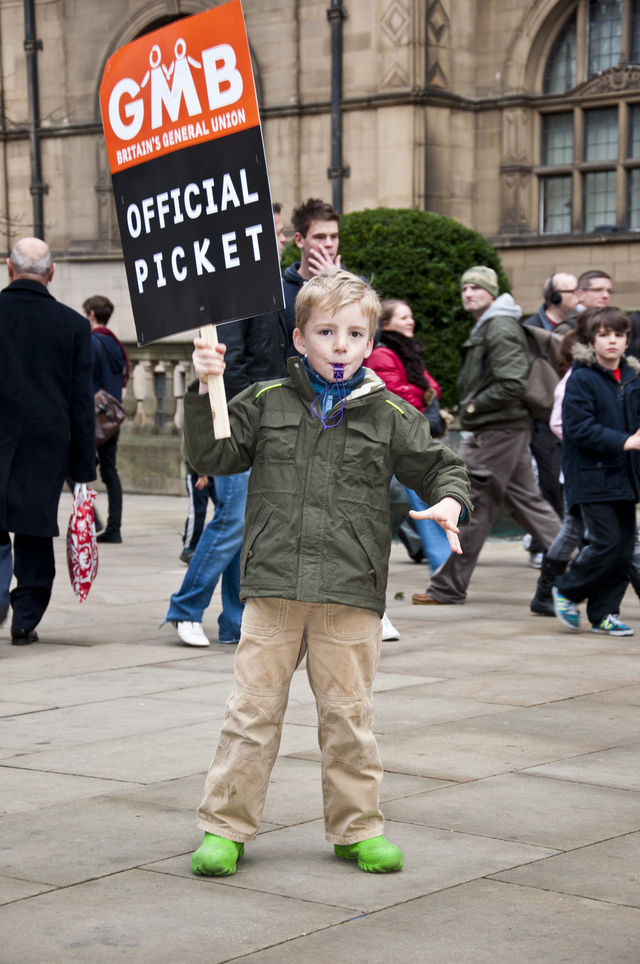 Children waving banners and blowing whistles in support of their parents. 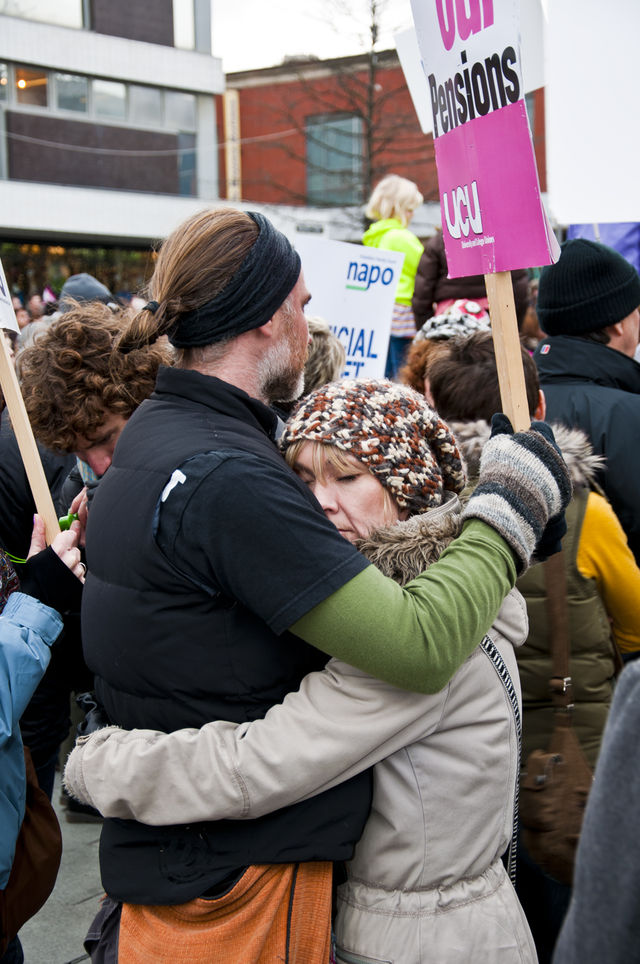 United against the cuts, and the cold November afternoon. 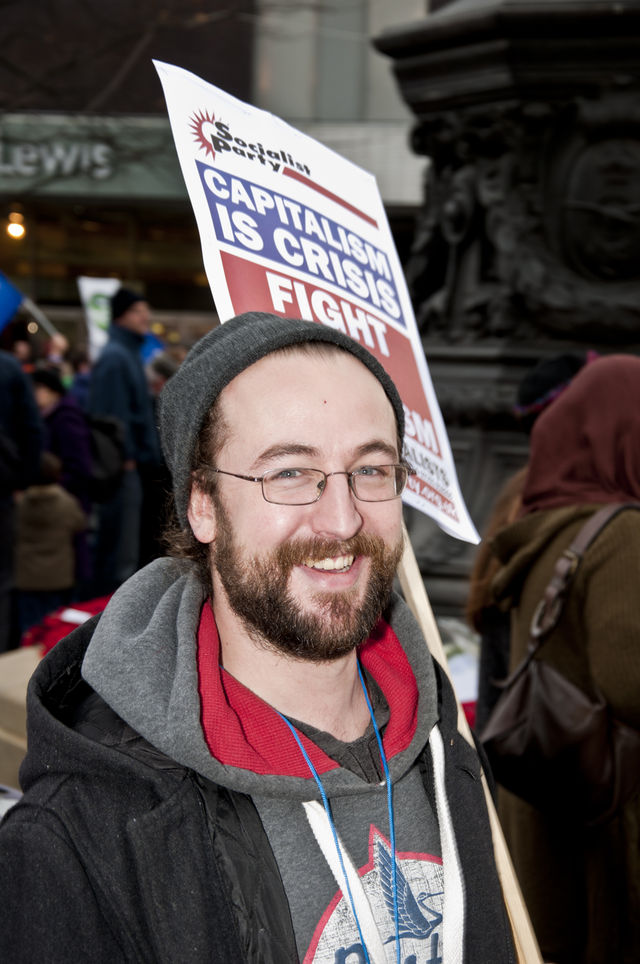 Chris Bingham from Rotherham against the cuts. 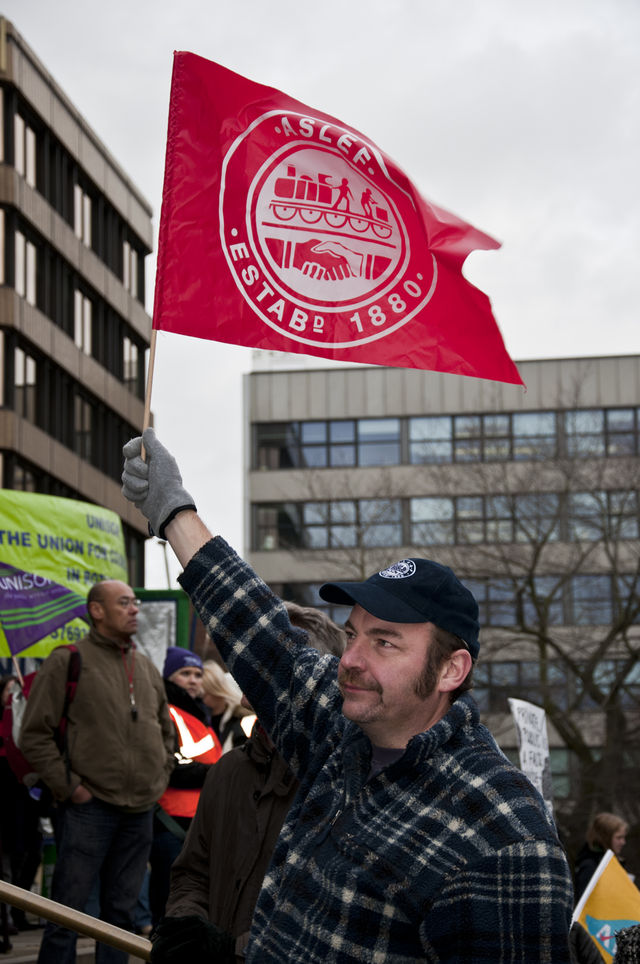 Protesters wrapped up warm and battled the elements to be heard! 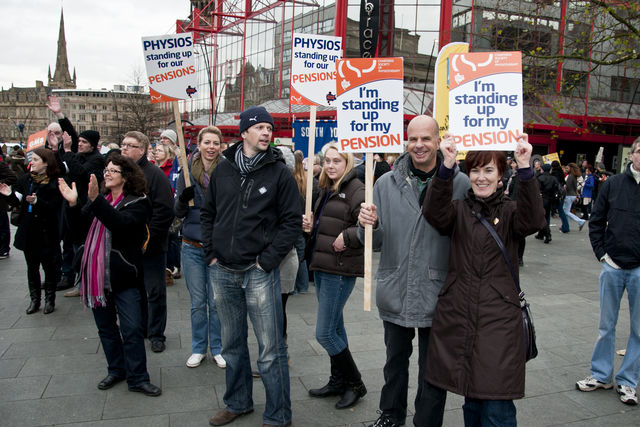 South Yorkshire physios standing up against the cuts.

On November the 30th upwards of 6,000 men, women and children attended the biggest strike this generation in barkers pool against the pension reforms.

In South Yorkshire alone, an estimated 380 schools, about 80% of the total are closed with other schools, colleges and universities effected. Parents unable to afford or arrange childcare were forced, or chose, to bring their children along to the strike.

Children on parents shoulders to avoid the moving mass were waving banners and blowing whistles to champion their parents cause.