The wiping out of 30 US special forces in the Chinook helicopter crash in Afghanistan comes at a time when Washington’s official version of how it carried out the assassination of Osama bin Laden was falling apart from incredulity. 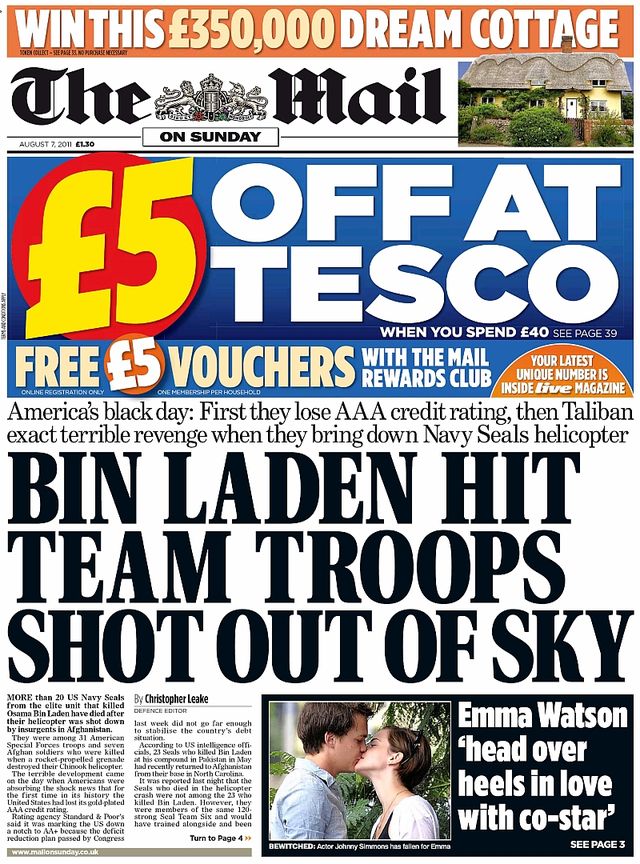 
The wiping out of 30 US special forces in the Chinook helicopter crash in Afghanistan comes at a time when Washington’s official version of how it carried out the assassination of Osama bin Laden was falling apart from incredulity.

Among the 38 dead in the helicopter disaster – the biggest single loss of American lives in the 10-year Afghanistan war of occupation – are believed to have been 17 US Navy Seals. The dead also include other members of US special forces and Afghan commandos.

Early Western news media reports indicated that the Chinook may have been involved in a significant military operation against Afghan militants when it went down in Wardak Province, not far west from the capital, Kabul, early Saturday.

Taliban sources are reported to have claimed that its militants shot down the Chinook with rocket fire.

US military officials say they are investigating the cause of the crash.

However, significantly, unnamed US sources have told media outlets that they believe the helicopter was shot down. This unofficial US briefing seems a bit odd. Why would US military sources want to hand enemy combatants a stunning propaganda coup?

Perhaps, it serves US interests to divert from the real motive and cause of the helicopter crash, whether it was it hit by a rocket or not.

US officials have admitted that the dead Navy Seals were part of the Team Six unit that allegedly carried out the assassination in May of the supposed 9/11 mastermind Osama bin Laden.

From the outset, Washington’s account of how its special forces murdered Bin Laden in his residential compound in Abbottabad, northern Pakistan, has been riven with contradictions. Why was the liquidated Bin Laden buried hurriedly at sea? How could the world’s “No 1 Terrorist” have resided inconspicuously only miles from the Pakistani military headquarters in Rawalpindi?

Most glaringly, several informed sources are convinced that Bin Laden died from natural causes years ago. Author Ralph Schoenman dismissed the alleged Navy Seal execution as “a big lie”. Schoenman cited evidence on this subject from former Pakistani Prime Minister Benazir Bhutto, among others, for their confirmation that Bin Laden had died from kidney failure years earlier.

More recently, as Paul Craig Roberts reports [1], Pakistani locals have claimed that the Navy Seal operation in Abbottabad ended in disaster, with one of three US helicopters exploding as it took off from the ground near the compound. The other two choppers had not landed and, according to witnesses, they flew from the scene immediately after the explosion. As Roberts points out, that means there was no Bin Laden corpse to dispose of at sea, as Washington maintains.

The key people who would know the truth about Washington’s incredible Bin Laden assassination are now unavailable for comment. Case sealed.

Finian Cunningham is a Global Research Correspondent based in Belfast, Ireland.

In a prior version of this article, Ralph Schoenman was quoted in error as stating: "I have interviewed several members of the Pakistani intelligence service and militants, and they have all confirmed that Bin Laden died from kidney failure over 10 years [ago]."

Schoenman's meetings with Pakistani intelligence preceded the putative assassination of Osama Bin Laden. These meetings concerned the role of US intelligence in the events of 9/11 and the false claim that the US captured and now holds in custody Khalid Sheikh Mohammed.

[1] The Mysterious Death of Osama bin Laden: Creating Evidence Where There Is None