June 30th marks a very considerable mobilisation of industrial action in Britain, in the shape of a large public sector strike. The Trades Unions are making their first tentative steps towards politically motivated action for a generation, with a massive withdrawal of workers labour in response to government plans for pensions reform; whilst the pensions dispute is the legal justification for industrial action (under Britain’s strict, Thatcherite anti-strike legislation), in reality the issue is the tip of the iceberg. The consensus behind the strikes is that of a political fight against the cuts in general. The range of action we will see on June 30th will stretch far beyond those “directly” affected by pensions plans, with a cross-section of those worst hit by the cuts expected to engage with the day of action– the disabled, those who face massive reductions to vital welfare benefits, students, schools pupils and parents and other public-service users. 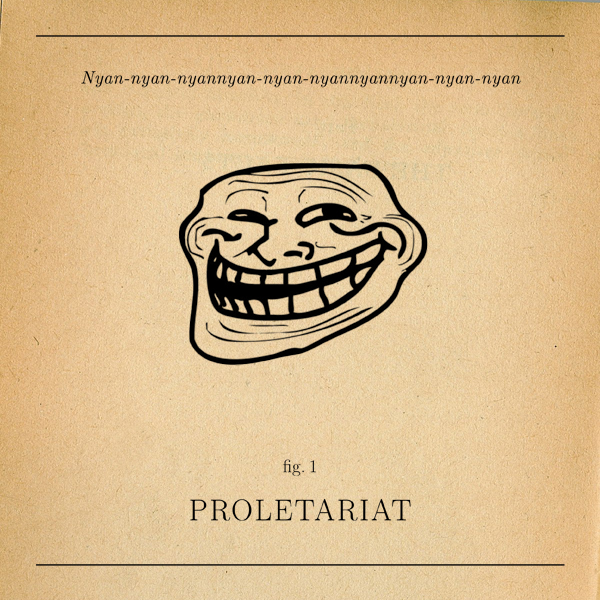 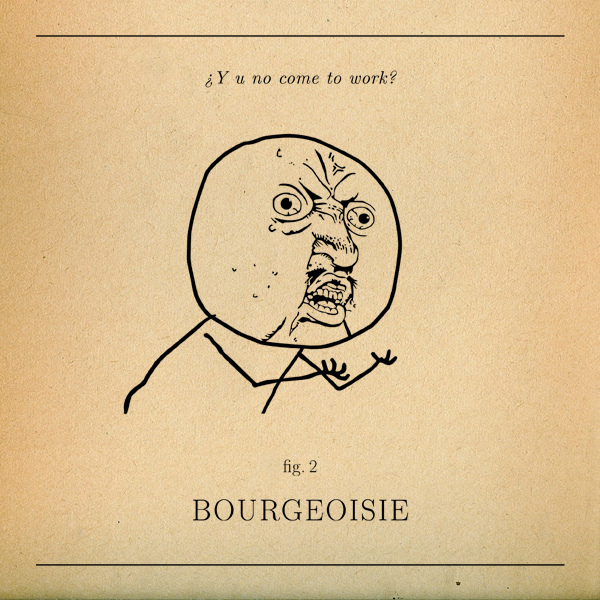 The participation of these groups raises old questions about how people not traditionally represented by and outside of trade-union structures and activities can appropriately take direct action if they cannot withdraw their labour. But it also raises other issues that need to be addressed; notably, how changing conditions of production and employment in a 21st century, late-capitalist economy have affected the viability of the mass strike alone as an effective tool of social struggle.

There is no doubt that the withdrawal of labour is still the primary tactic working people have in defence of their interests, and as a process that broadens understanding of the dynamics of a class society through praxis; that is, in the very act of striking we can begin to understand our position and our potential for re-imagining social relations outside of the wage relation. But society today isn’t encapsulated by the unionised mass worker, but rather by the short term contract, the service industry worker, the temp and those whose labour isn’t rewarded at all. How are those most badly affected by cuts- the single-mother and the unpaid carer- supposed to withdraw their labour? It’s simply not possible. The difficulties faced by those in precarious jobs, with short term contracts, alienated and disconnected from their workmates and threatened by aggressive management, are similar. Simply calling on them to “unionise! don’t work!” is rhetoric, not a tactic.

Widening tactics of dissent, refusal and disruption of capital is vital. It is within these two defining conditions – the Europe-wide anti-austerity struggle, and the post-fordist economic model– that the concepts and tactics of the new models of the “cyberstrike” are emerging. Predictably, like almost all developments within cyberspace, they are being misunderstood, misrepresented or usually ignored by the mainstream press, who, in Britain, seem to have fallen back on the idea that anything related to the internet is the domain of friendless teenage virgins. It seems completely beyond their understanding that those whose voices have previously been absent from direct industrial action may be starting to be empowered to organise and agitate via the internet.

So how might the June 30th strike play out online? Given the current climate, recent online events and the speed of development, only an idiot would make concrete predictions, but there are a number of tactics and scenarios which are now distinct possibilities. These range in intensity from essentially political pressure (a “hashtag revolt”) right through to acts of illegalism– even mass illegalism– in an attempt to shut down production in the economy.

Surprisingly, considering the hype and confusion in the media regarding hacker group Lulzsec at the moment, a “cyberattack” in the form of a DoS (Denial-of-Service) action or security leak by a hacktivist group has not even been raised as possibility in the press. In Britain especially, security for government computer infrastructure is notoriously weak (as the Lulzsec NHS leaks prove), and a pre-planned action by a hacker group with a sympathetic ideological leaning could produce significant embarrassment for the Government at just the moment where it vitally needs to uphold it’s “legitimacy”. More than this, a DoS attack, or a series of attacks, upon Government websites could produce far more damage to production and inconvenience to management than 1000 picket-lines. It hardly needs pointing out that such online action is highly illegal, but whilst the Government and Police have invested significant time and resources into contingency planning for civil disorder on the streets they have been highly complacent over the prospect of widespread cyber-disorder.

Whether groups do exist with the ideological leanings towards taking direct action in support of striking workers is unquestionably complicated to assert. Defining the identities and motivation of online activists and/or hackers is not as easy as saying X is “in it for the lulz”, politically-motivated or just “trying to meet the rent”, or they’re a member of either Anon, Lulzsec or Cult of the Dead Cow, or they’re left-wing, libertarian or anarchist. To search for a definitive identity and ideology amongst cyber-identities is like asking “Are you a teacher, a mother, or exhausted?” “Are you a student, a call-centre worker, or indebted?” “Are you a Tory, a banker, or a bastard?”. However, as we’ve reported previously, there has, over the past year, been an increasing move towards politicisation within hacker groups, especially Anonymous.

That politicisation has resulted in widespread and practical actions across the world, from mass-faxing the Wikileaks Cables to Egypt after the government cut the internet, to attacking and defacing government websites and facilitating proxies for twitter etc. And these actions were not, as is often reported, limited to “The Arab Spring”- they also took place in support of “Indignados” movements across Europe. It is not inconceivable that Anonymous or related groups may draw similar links to the UK and undertake actions here.

A tactic similar to the small hacker-groups, but capable of being utilised by larger networks of less-skilled activists, or even ordinary members of the public, is the DDoS (Distributed-Denial-Of-Service) attack whereby groups utilise tools such as network attack applications like Low Orbit Ion Cannon to target a website and force it offline. However the DDoS as a tactic has precedents within online activism. The “online sit-in” from the late 90’s/early 2000’s was essentially a “tool-less” DDoS attack whereby thousands of internet users loaded, and reloaded, the same webpage repeatedly, draining the server of bandwidth until the website crashed or became too slow to use through overuse (we all remember those bad old days). These processes require incredibly basic skill sets, making them open to utilisation by exactly the people normally excluded from direct action.

A politically motivated online sit-in is a non-violent direct action aimed at causing disruption in order to raise awareness. The sit-in has long been a tool of effective protest, most notably in the civil-rights era in the US. Today governments are working hard, globally, to criminalise this act of non-violent resistance as an act of war before it becomes a viral, popular action; for decades protestors around the world have blocked roads to stop traffic. Whilst illegal, the context is widely understood that the act, though illegal, is hardly criminal. That does not hold true to the online sit-in, blocking site-traffic from reaching it’s destination.

On top of this is the possibility of “socially-engineered disruption”- essentially the computer workers equivalent of the “clog in the machine” or the “paperclip in the photocopier”, a form of industrial sabotage. Within online security jargon, social engineering means gaining access, information or action not through technical hacking but through manipulating the human link in the security chain. Typically this is a malicious action, whether phishing for data from less tech-savvy users, or “baiting”. However, within the context of industrial sabotage, an age-old tool of industrial action, this could just as easily be a worker purposefully disrupting their workplace in order to impede production whilst unable to strike. On June 30th, workers with strong ideological ties could well take part in solidarity sabotage; with many working in the IT professions such action, online or otherwise, could have deferred and untraceable consequences, not least with workers being far more highly-skilled in technical operation than their bosses.

Inevitably the most popular online actions on June 30th will be based on social media. We can expect a whirlwind of twitter updates, yfrog images, online petitioning and concerted attempts to shape mainstream media narrative through “send us your experiences” type citizen journalist initiatives taking place. The efficacy of such actions in terms of impeding production seems doubtful to us, although they will contextualise public opinion. However, we are seeing increased mobilisation through social media which escapes being over-codified with conventional activist rhetoric. This combination of populism and agility may well provide a base for the growth of movements that echo the “indignados” movements occurring in Southern Europe. As we have argued before, there are increasing signs that people are beginning to contextualise the “anti-cuts” movement within much broader issues of anti-austerity and rejection of traditional political structures, from Spain and Greece to the Arab Spring. We believe that this rejection is in no small part due to an implicit understanding that the conditions of our labour are rapidly changing whilst the political representation of the issues which that throws up, from the parliamentary system to trade unions, isn’t.

One thing is now certain- the zones of operation for political action are polymorphous and integrate into all areas of production and reproduction of capital- including immaterial areas such as the internet and IT networks. Contrary to what the mainstream media might print, the working-class are not dinosaurs but the productive class within society, and, as such, the innovative class. Whilst potential direct-action in cyberspace will be criminalised, in press rhetoric if not yet in law, just as IRL direct action against the reproduction of capital has been criminalised for centuries, the idea that criminalisation will prevent it from being utilised in liberatory struggle is unlikely. As austerity bites, as social divisions increase, the reaction of workers, those who can’t find work and those who don’t work will be to see the internet, a place they live and work in as first nature, as a fitting place for everyday struggle.

The longer the command line, the shorter the strike!

(Click through on the images for larger formats for avatars etc- toot toot! next stop, social democracy!)