WORLD PREMIERE of Just Do It

Finally, Just Do It- a tale of modern-day outlaws will be heading to the big screen! This exciting new film follows a cohort of climate activism from groups Climate Camp, Plane Stupid and Climate Rush as they put their bodies in the way; attacking coal plants, chaining themselves to parliament and more. Don't miss the WORLD PREMIERE on June 9th at 6:35 pm at the Showroom Cinema. 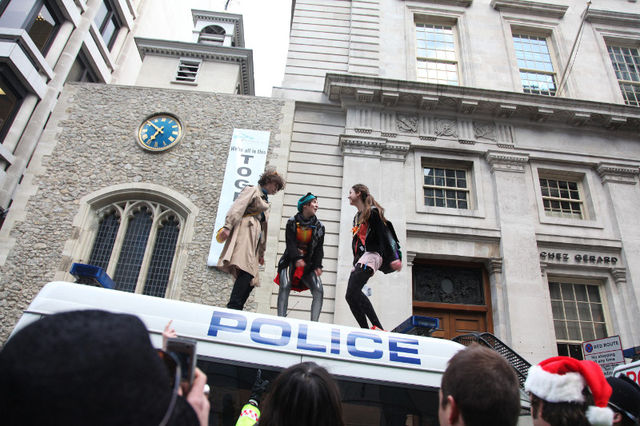 Finally, Just Do It- a tale of modern-day outlaws will be heading to the big screen!

For those who haven't, Emily James spent over a year embedded in activist groups Climate Camp, Climate Rush and Plane Stupid, documenting the planning and plotting of direct action. With unprecedented access, the film gives a fun but earnest glimpse into a community of people who refuse to sit back and allow the destruction of their world. Just Do It introduces a powerful cast of mischievous and inspiring characters who put their bodies in the way. They super-glue themselves to bank trading floors, blockade factories and attack coal power stations en-masse all with a hefty dose of wit, creativity and fun. Putting aside the doom and gloom of many environmental documentaries, Just Do It will leave audiences empowered rather than overwhelmed.

You can read a recent review of the film by Daniel Nelson of One Climate here:

A totally independent project, Just Do It is a fantastic example of the power of independent grassroots media. With nearly 500 crowd funders and 100s of volunteers this project feels much more like a movement than a film. Now all that hard work is coming to fruit.

With much hurrah, The World Premiere of Just Do It will be at Sheffield Doc Fest on Thursday June the 9th at 6:35pm along with a rousing talk from Director Emily James. You can nab tickets here: