This article highlights a shameless Washington effort to compound one lie with others. Ad nauseam accounts continue, contributing to war on terror fear mongering that's changed America dramatically post-9/11 disturbingly. It suggests worse yet to come, including perhaps more war besides others now raging, while popular needs go begging.

Despite poll data showing opposition, they continue because people focus more on bread and circuses than activism, the only way to achieve constructive change. It's high time opinions became anger enough to significantly make a difference. It better because the alternative is too dire to imagine. 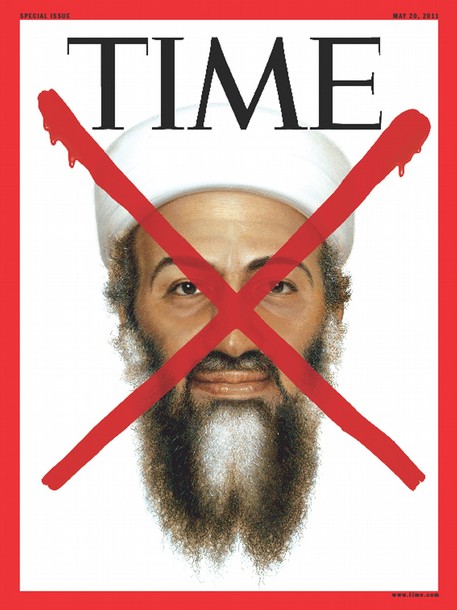 "US intelligence officials believe (he) made a propaganda recording shortly before his death and expect that tape to surface soon....A new recording (would) provide a final word from beyond the grave...."

On May 7, the administration "released five videos recovered from" his alleged hideout, showing him "threatening the United States, condemning capitalism and at some points flubbing his lines and missing a cue."

Videos were released "without sound (allegedly) to avoid disseminating terrorist messages....The intelligence official who briefed reporters....took pains to point out that bin Laden....had dyed his white beard black," suggesting vanity or a desire to look younger.

Unmentioned were earlier tapes, including a posthumous December 27, 2001 video showing his beard clearly gray and another in 2004 the same, unlike a 2007 one showing it black. Forensic evidence proved the latter two crude audio and video fakes. More on them below.

"Dyeing hair with pure black dye is haram (punishable) because the Prophet....said: "Avoid black," as well as "the threat of punishment reported with regard to this matter. This ruling applies to both men and women."

However, if black dye "is mixed with another color, so that it is no longer black, there is nothing wrong with it."

A more detailed statement can be accessed through the following link:

True or false, other observers believe bin Laden never dyed his hair or beard, a notion in their minds as absurd.

The most reported newly released tape shows him wrapped in a blanket in a dilapidated looking room, watching himself on what appears to be a small old TV placed on a broken desk.

Yet he allegedly was housed in a million dollar compound, unlikely to be poorly heated and furnished, as well as shabby-looking, requiring him to sit on the floor with a blanket for warmth. At the least, the image in his alleged surroundings is incongruous, suggesting a recording made elsewhere, not at a luxury Abbottabad, Pakistan estate.

Moreover, the it shows his beard white, not black in other newly released videos, another inconsistency. In fact, he looks much younger than in 2001, suggesting images from the 1990s. Nonetheless, Bumiller cited an intelligence official saying bin Laden "was intensely interested in the image he presented to his supporters," without saying why beard color mattered.

What does matter is a visibly older looking man in 2001, not the more youthful bin Laden in four of the five newly released videos.

Apparently, Obama officials still can't get their story straight, acting much like Max Sennett's "Keystone Kops" and characters in the film and book by the same name titled, "The Gang That Couldn't Shoot Straight."

It addressed a scenario sounding more like bad fiction than allegedly eliminating "Enemy Number One" with no photos, videos or body of a dead bin Laden, as well as no independent proof and shifting stories. They're still not right, putting a lie to the entire account about a man who died earlier in mid-December 2001 of natural causes.

A decade ago, bin Ladin was very ill from kidney failure, diabetes, and by some accounts hepatitis C affecting his liver, requiring hospitalization in Pakistan and Dubai. Moreover, objective and testimonial evidence corroborated his mid-December 2001 death. An earlier article explained, accessed through the following link:

Moreover, bin Laden's beard was gray in the earlier video, black in the later one, and he was dressed in the same white hat, shirt and yellow sweater. In addition, the background, lighting, desk and camera angle were identical. Krawetz said "if you overlay the 2007 and 2004 videos, bin Laden's face is the same (unaged)." Only his beard color changed.

Citing US intelligence informants, he said everyone knows it's fabricated. He also compared an overweight bin Laden impostor to authentic images showing him much thinner. In fact, the difference between the real and fake bin Laden is obvious, but was falsely used for years as his admission for an inside job crime.

Earlier, post-9/11, in three Al Jazeera interviews, he claimed no knowledge or responsibility for the event.

However, on May 3, 2011, Al Jazeera misreported him admitting "responsibility for planning the September 11 attacks on New York and Washington," an irresponsible lie with no corroborating evidence and their own 2001 interviews.

It considered making fake videos, and:

"(t)he agency actually (made one) purporting to show Osama bin Laden and his cronies sitting around a campfire swigging bottles of liquor and savoring their conquests with boys, one of the former CIA officers recalled, chuckling at the memory. The actors were drawn from 'some of us darker-skinned employees,' " he said.

The Pentagon took over the project, saying "(t)hey had assets in psy-war down at Ft. Bragg at the army's special warfare center."

On May 7, Michael Ruppert's article headlined, "Osama and the Ghosts of September 11: 'Proof that Obama is Lying,' " saying:

A noted molecular biologist and DNA expert told him the following on condition of anonymity:

He also worked with the best in his and other fields, saying:

"I know DNA. And, one thing I know about DNA is that you cannot, repeat CANNOT: take a tissue sample from a shot-in-the noggin-dead-guy in a north central Pakistan special forces op, extract the DNA, prepare the DNA for assay, test the DNA, curate the raw DNA sequence data, assemble the reads or QC the genotype, compare the tested DNA to a reference, and make a positive identity determination....all in 12 hours - let alone transport the tissue samples all the places they'd need to have gone in order to get this done."

"Any way you slice it, the real work would require days," and no nearby aircraft carrier or other ship is outfitted with a profession lab and experts on board to do it.

He concluded saying they may or may not have gotten bin Laden, but there's no DNA proof confirming it before they allegedly dumped him at sea. In other words, they lied, one of many beginning with Obama's May day announcement.

This and previous articles highlight a shameless Washington effort to compound one lie with others, endorsed by major media reports and pundits going along with what they should expose and denounce.

Despite poll data showing opposition, they continue because people focus more on bread and circuses than activism, the only way to achieve constructive change. It's high time opinions became anger enough to significantly make a difference. It better because the alternative is too dire to imagine.