Autonomy for the UK

On 1st May 2011 the UK Indymedia Network forked into two autonomous projects, running two different websites, UK Indymedia and Be The Media. Also, a snapshot of the UK Indymedia site as it existed on the date of the the fork was created as an archive.

There was a consensus in the UK Indymedia Network that the project needed to fork, so that Indymedia members with different views could all work on developments they were happy with rather than come into constant conflict. An agreement was made in December to implement the fork on May 1st but the agreement broke down at the eleventh hour. Mayday believed that part of the agreement was that their collective was to have globally recognised Independent Media Centre status at the time of the fork. Be The Media had interpreted this differently and did not see it this way. The consensus that had been thrashed some 4 months before had now snapped and activists, being activists, took action. Be The Media started implementing the changes to the site shortly after midnight on May 1st. Mayday saw what was happening, considered the blocks to have been ignored [1] and felt that if this proceeded it would have in effect shut down the UK Newswire. After several hours of discussion and consideration they agreed they couldn't let it proceed like this and so, in the early hours of May 1st, sleepless techies migrated the entire web site to a new server, thus effecting the fork on the agreed date but not in the way originally planned.

Elsewhere: SchNEWS: Indymedia: From the Rubble of Double Trouble 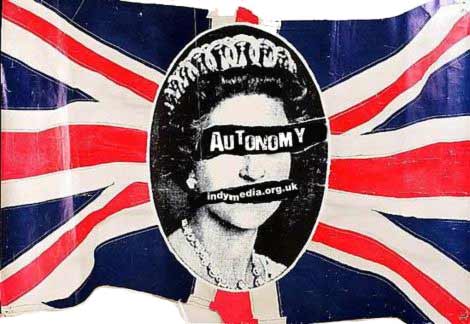 The continuing disagreements between the parties will hopefully get resolved after the dust has settled. This unfortunate state of affairs has sadly led to much acrimony within Indymedia and the disagreements are yet to be resolved.

But it's not all bad news.

Lots of improvements to the site are in the pipeline and will hopefully be rolled out in an incremental manner, these will no doubt include many of the enhancements that were developed to implement the redesign agreed in Nottingham in 2008. You can see an implementation of this redesign here and the original static mock-up here.

The UK Indymedia site is now running on a faster server with a far lower carbon footprint, in Iceland, where there is the promise of radically progressive Internet laws thanks to the Icelandic Modern Media Initiative.

The next meeting of the Mayday Collective is on Sunday 22nd May 2011, the day after the Sheffield Anarchist Bookfair, at which the Mayday and Sheffield Indymedia collectives will host a discussion.

Contrary to some rumours that the site has been "taken over by unknown elements", "hijacked" or "stolen", UK Indymedia will continue to run as an activist resource in the original spirit of Indymedia. The site is still being cared for by mostly the same people, all of whom are long standing Indymedia volunteers with much experience. These people are involved in several collectives including the Mayday collective, Sheffield Indymedia, Birmingham Indymedia and Oxford Indymedia [2]. Hopefully other collectives and activists will also get involved as they have time to meet and discuss the outcomes of the fork.

1. Due to Mayday being blocked at New IMC, Mayday, Birmingham, Sheffield and Scotland had blocked the fork from taking place on 1st May 2011.

2. To clarify: there are members of the Mayday collective who are also members of the three regional IMCs mentioned. Not all members of those three regional collectives are part of the Mayday. At the time of writing Oxford Indymedia for one has had no direct involvement in the action taken described on this page; its involvement is primarily because it shares the same hardware and software platform as the UK Indymedia site. Oxford Indymedia has yet to make a statement on what has happened and shall be discussing this at its monthly meeting.