UK: We will continue to fight against terrorism wherever it rears its head

Following the announcement of Osama Bin Ladin's assassination by the U.S. Special Forces; the British government and media have launched yet another propaganda campaign about the threat of a new terrorist attack in the UK. 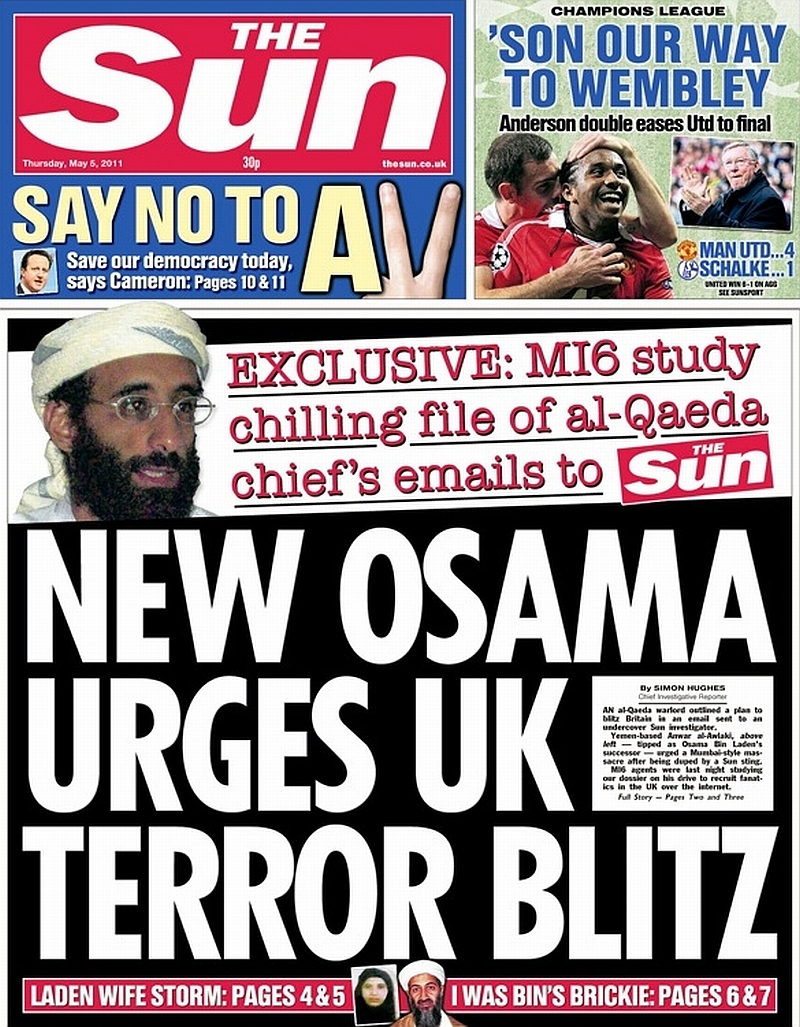 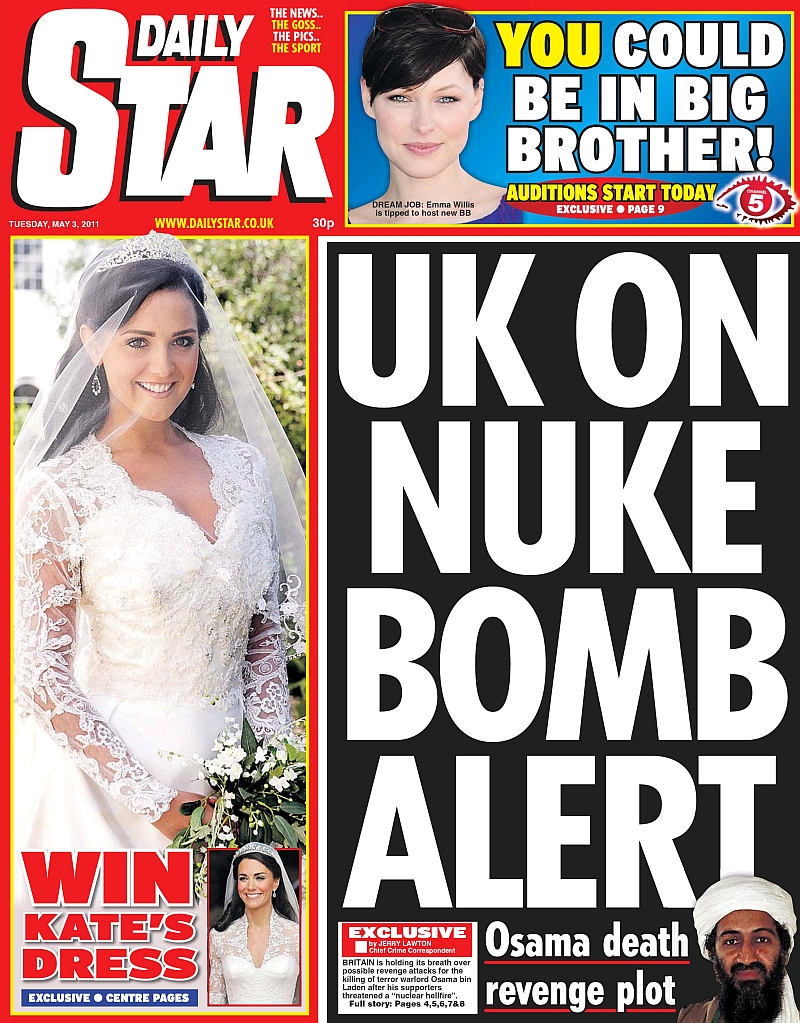 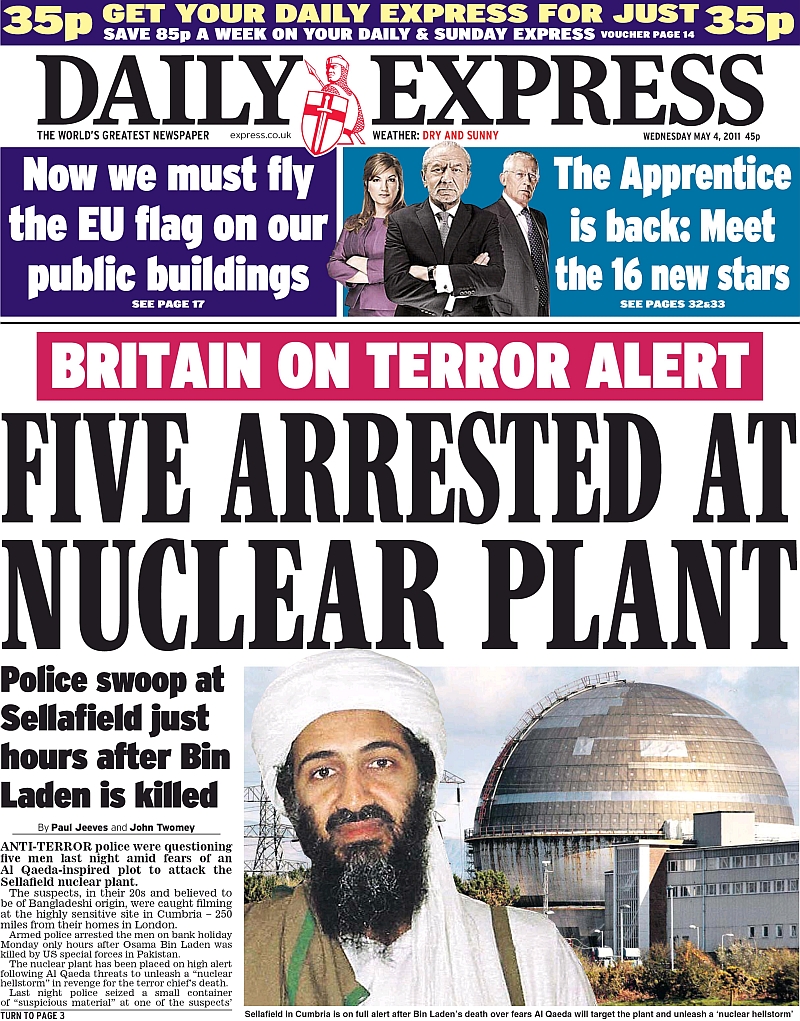 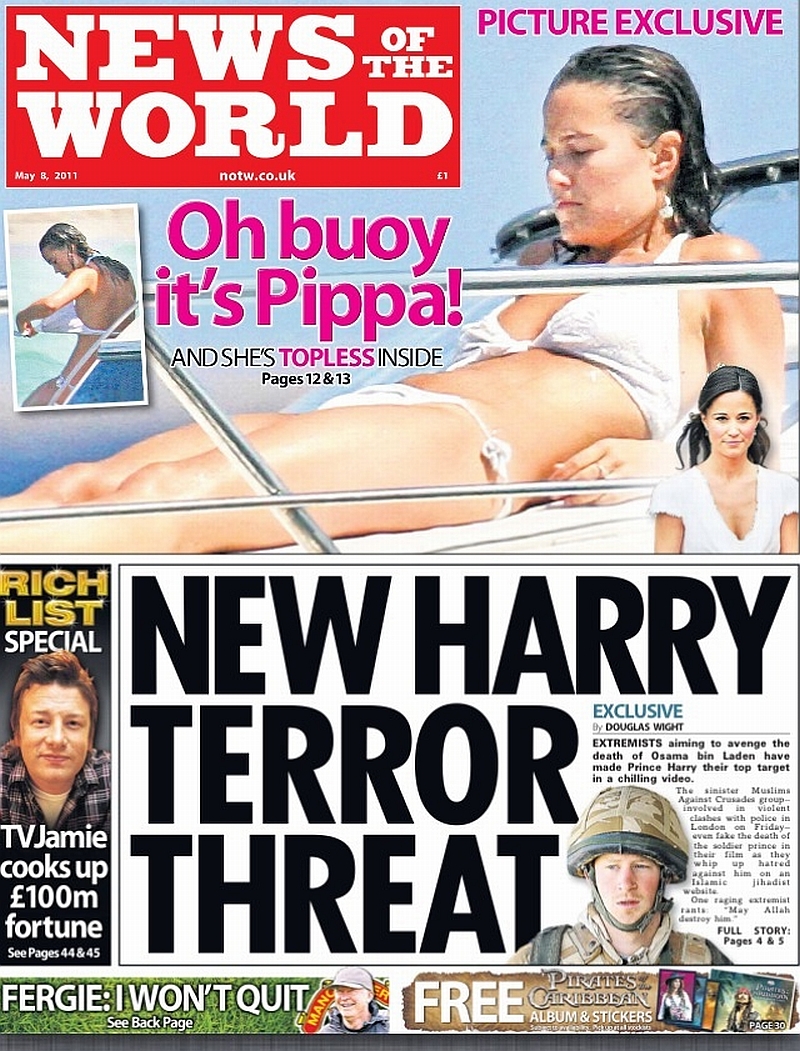 UK Foreign Minister: We will continue to fight against terrorism wherever it rears its head

1) UK Foreign Minister: We will continue to fight against terrorism wherever it rears its head (4 May 2011)


excerpts from: Prime Minister: “While Bin Laden is gone, the threat of Al Qaeda remains"

“The death of Osama Bin Laden will have important consequences for the security of our people at home and abroad and for our foreign policy, including our partnership with Pakistan, our military action in Afghanistan and the wider fight against terrorism across the world. [...]

Britain was with America from the first day of the struggle to defeat Al Qaeda. Our resolve today is as strong as it was then. There can be no impunity and no safe-refuge for those who kill in the name of this poisonous ideology. [...]

While Bin Laden is gone, the threat of Al Qaeda remains.

Clearly there is a risk that Al Qaeda and its affiliates in places like Yemen and the Mahgreb will want to demonstrate they are able to operate effectively.

And, of course, there is always the risk of a radicalised individual acting alone, a so-called lone-wolf attack.

So we must be more vigilant than ever – and we must maintain that vigilance for some time to come.

Bin Laden and Qadhafi were said to have hated each other. But there was a common thread running between them.They both feared the idea that democracy and civil rights could take hold in the Arab world. [...]

[W]hat Libya has shown – as Egypt and Tunisia before it – is that people are rejecting everything that bin Laden stood for. Instead of replacing dictatorship with his extremist totalitarianism, they are choosing democracy.”


[British Prime Minister David Cameron’s statement to The House of Commons of the British Parliament, London, 3 May 2011]


excerpts from: “We will continue to fight against terrorism wherever it rears its head”

“The death of Osama Bin Laden this week was a devastating but not terminal blow to Al Qaeda. We will continue to fight against terrorism wherever it rears its head with renewed determination, particularly in Pakistan and Afghanistan, where now is the time for the Taliban to make a decisive break from Al Qaeda and engage in a political process. [...]

If the Arab Spring does lead to more open and democratic societies across the Arab world over a number of years, it will be the greatest advance for human rights and freedom since the end of the Cold War. If it does not, we could see a collapse back into more authoritarian regimes, conflict and increased terrorism in North Africa on Europe’s very doorstep.

That is why we are engaged in Libya with our allies, responding to the Arab League’s calls for military action to prevent the loss of countless lives. [...]

In Syria, we are mustering international diplomatic action to pressure President Assad to stop the killing and repression to take the path of genuine reform."

“Five British men of Bangladeshi origin were being questioned under anti-terrorism laws yesterday after they were arrested taking photographs close to the perimeter fence of the Sellafield nuclear plant in Cumbria.

The men, from east London and in their twenties, were detained by officers from the Civil Nuclear Constabulary (CNC) on Monday afternoon after they were stopped in a car. [...] Scotland Yard confirmed searches were under way at four London addresses.”

Britain, the traitor nation: Media disinformation and crimes against humanity in Libya


WikiLeaks: London is a hub of al-Qaeda’s global terrorism network

UK minister: Britain at risk of a new Lockerbie

Cameron: A new chapter in UK’s partnership with Arab world

UK interior minister: The threat of a chemical or nuclear attack is now more real