Based on its recent Libyan and Gulf states reporting (or lack thereof), Qatar-based Al Jazeera's credibility appears extremely compromised. Overall, its Libya misreporting has been deceitful, functioning more as a propaganda arm for Washington, NATO and insurgents, indistinguishable from US and other western media, representing imperial conquest, colonization, and pillaging of another non-belligerent country. 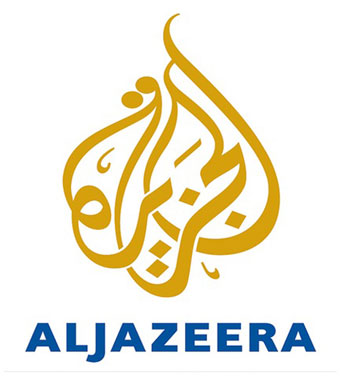 A previous article said the following:

Overall, its Libya misreporting has been deceitful, functioning more as a propaganda arm for Washington, NATO and insurgents, indistinguishable from US and other western media, representing imperial conquest, colonization, and pillaging of another non-belligerent country.

Yet it was aired repeatedly, claiming it showed Yemeni Central Security forces torturing protesters. Later admitting its mistake, Al Jazeera blamed a technical error and apologized, too late to undue the damage to those blamed and its own reputation, badly tarnished by frequent misreporting on the region, despite earlier worthy efforts that built its standing as a reliable broadcaster. That now is very much in question.

His recent comments on Al Jazeera's Libya coverage include:

America, in fact, has an arsenal of so-called deep-penetrating mini-nuke buster busters, able to destroy underground targets with varying yields from one to 1,000 kilotons. Hiroshima's bomb was about 15 KT, Nagasaki's about 21 KT.

Since the Bush administration's 2001 Nuclear Policy Review, Washington claimed a unilateral right to use first-strike nuclear weapons preemptively, including against non-nuclear states under three conditions:

-- in retaliation against nuclear, biological or chemical WMDs; or

-- against any perceived real or contrived national security threat.

April 17: "Al Jazeera and the Qarari-Saudi conflict" benefitted the broadcaster early on, then compromised its credibility after rapprochement between their royals. "That severely narrowed the limitations of speech. I have heard many complaints from (Al Jazeera) hosts about the terrible impact of the....reconciliation on their coverage and programming."

"Now what happened recently was worse:" establishing a solid alliance compromising it more. As a result, "only criticisms of countries that are not on good terms with Saudi royals (are) allowed."

April 15: AbuKhalil "was thinking yesterday while doing (his) laps: (He) may have appeared for the last time ever on Al Jazeera but (he's) glad that (his) last words were about Bahrain. The Saudi-Qarati-financed Arab media want us to forget about Bahrain, but we won't."

April 14: "Bahrain - Al Jazeera's scant reports are hilarious. They are one sentence or two. They read - as they are - like Bahraini propaganda press releases. Today, the network had a line or two about (its) government planning to prosecute opposition groups," with no comments from them aired.

April 14: "Al Jazeera and Syria." Despite good Qatari - Syrian relations, Al Jazeera's coverage has been "negative, and government propagandists are visibly mocked and ridiculed. And lately the channel relies on sensational Saudi propaganda sheets for coverage."

April 14: "Al Jazeera: the new Qatari foreign policy. Bahrain does not exist as far as Al Jazeera is concerned, and they have avoided inviting" on air Bahraini, Omani and Saudi critics. "Most glaringly, Al Jazeera" suppresses criticisms of Bahraini repression. As a result, GCC countries have "closed ranks and Qatar may be rewarded with the coveted post of" Arab League secretary-general.

April 11: "Al Jazeera's coverage of Libya is not only politically bad and professionally over the top, but it is also worse than all that - it is boring."

March 23: "Shame on Al Jazeera. (Its) sinister role (has) gotten worse, much worse" with its "obsessive non-stop (Libyan) coverage" at the expense of important omitted news. "It seems that Al Jazeera now operates according to the Western standards," providing one-sided propaganda, not unbiased reporting.

February 17: Bahrainis "are on there own now. There is no Al Jazeera to support their cause and expose the regime, and the US and EU will do their best to rationalize and support government repression. Shame on Al Jazeera Arabic for abandoning the people of Bahrain, and for invoking a sectarian element in their coverage, implying that only Shi'ites are protesting."

"Now there's nothing wrong with (doing it) if the purpose is to convey accurate information. (But there's) everything wrong with" propagandizing at the expense of truth. "And I'm afraid that's exactly what Al Jazeera" did, supporting imperial intervention.

"In both Arabic and English," it features "members of the National Front for the Salvation of Libya," the main CIA/Saudi/French intelligence funded opposition group, then combined with others to form the National Conference for the Libyan Opposition umbrella organization.

On February 24, Al Jazeera "hit a new low, (giving) the self-styled 'Crown Prince' of Libya - Muhammad as-Senussi," its so-called heir to the Senussi Crown, a platform to urge "the international community to help remove Gaddafi from power and stop the (claimed) massacre." In fact, most casualties and destruction were caused by daily Western bombing and support for extremist rebels - a combination of untrained civilians, former soldiers, and CIA-backed paramilitary Libya Islamic Fighting Group (LIFG) insurgents, cutthroat killers acting as a proxy NATO force.

Launched in November 1996, the satellite channel once aired "dissenting views, for example on call-in shows," according to Wikipedia, adding that it "created controversies" among GCC (Gulf Cooperation Council) countries, including Saudi Arabia, Bahrain, Kuwait, UAE, Oman, and its home base, Qatar.

Its Arabic channel reaches 50 million or more global viewers, its English one up to twice as many, a remarkable achievement in less than 15 years with little US penetration where most viewers must do it online. Elsewhere it's available by satellite or cable.

"(F)ew (others) have as much influence on Sunni Muslims....(He's) a word machine, a one-man talk show that leaves no subject unexamined....He's a driven man. (There's) only one Islamic scholar like (him), who (memorized) the Koran (at age 10)....the only man who can help the faithful understand the world." For the past 15 years, Al Jazeera's broadcast his "Shariah and Life" program Sundays, viewed by up to 60 million Muslims.

Now aged 84, he's "a blend of pope and service hotline, a spiritual 'Dear Abby' for all (aspects of) Muslim life," claiming moderate credentials about which some disagree, among other reasons for issuing a pro-Western fatwa against Gaddafi.

However, on February 2, 2009, the extremist pro-Israeli Anti-Defamation League denounced him for "support(ing) terrorist groups that seek to undermine a peaceful resolution of the Palestinian-Israeli conflict," and for "inciting violence against Jews and Israel."

"It is not heroism to fight your people and to hit them with missiles....I say to my brothers and sons who are soldiers and officers of the Libyan Army to disobey when (the government) gives orders to kill the people using warplanes....I now issue a fatwa urging officers and soldiers who can to kill" him....This man wants to annihilate the people."

Qaradawi, in fact, chose sides, using Al Jazeera's platform to display a remarkable one-sidedness and lack of scholarship for a man of his credentials, ignoring facts to support Western imperial war, conquest, colonization, and exploitation of another Muslim country. As a result, he's Al Jazeera's leading hawk against Libyans and others across the region suffering repressively under despotic regimes, including GCC ones Al Jazeera supports.

"It is unthinkable that someone who has tried to massacre his own people can play a part in their future government."

April 15: "Gaddafi forces 'cluster bombing Misurata,' " based solely on what insurgent leaders as well as Western officials and media claim with no verifiable proof, categorically denied by Libya's military saying they have none.

* Stephen Lendman lives in Chicago and can be reached at