On 8th April 2011 a public meeting organised by Stop GM

http://www.stopgm.org.uk/ was held in Bramham about the genetically modified potatoe trials being held there. The meeting was chaired by local minister Rev. Menzies and addressed by Dr. Ricarda Steinbrecher, Peter Riley from GM freeze, 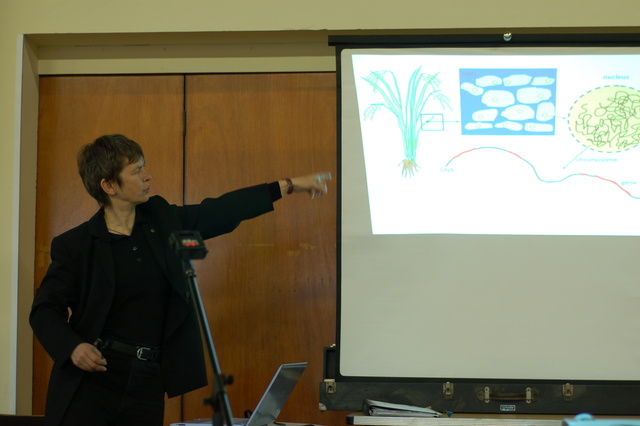 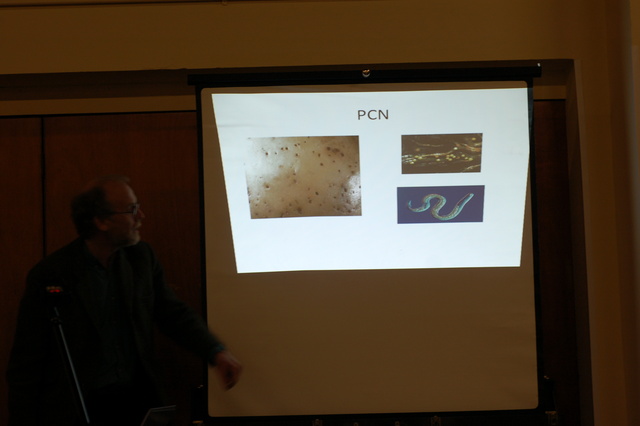 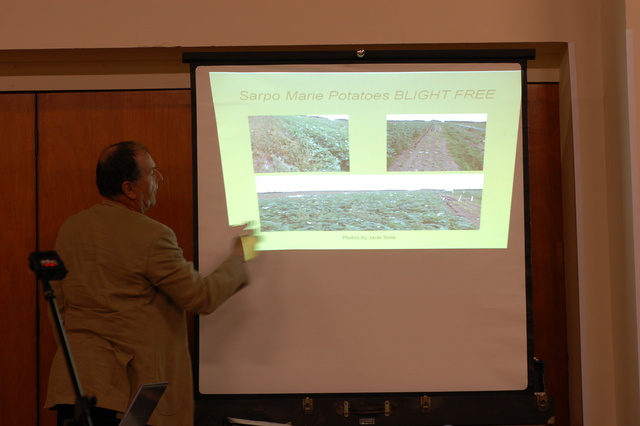 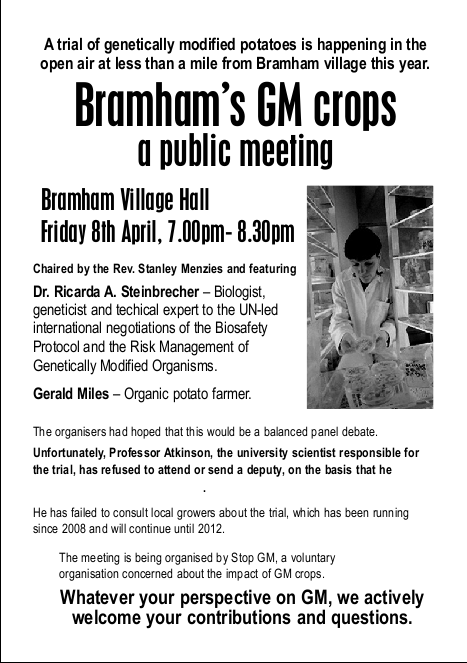 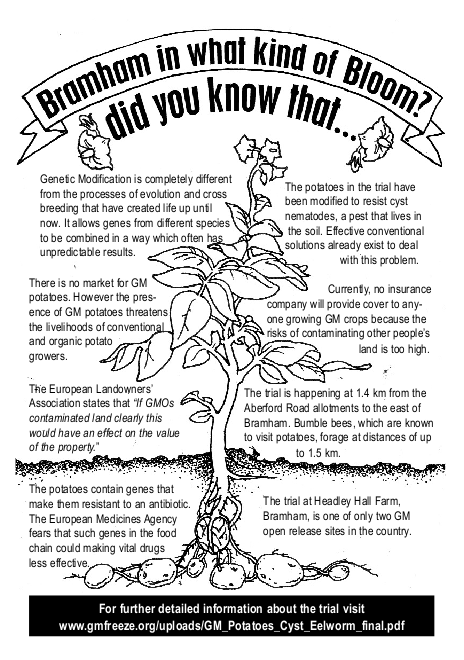 The following press release was issued to advertise the meeting:

A public meeting has been organised in the village of Bramham, near Wetherby, to discuss the trial of genetically modified potatoes which is happening in the area. The trial is happening in an open field less than a mile from the village, at Headley Hall Farm. This is one of only two open release sites in the country.

The meeting, chaired by local minister Rev. Menzies, will take place in the Village Hall, on Friday 8th April, from 7 - 8.30pm. Speakers will include GM expert Dr. Ricarda A. Steinbrecher and Gerald Miles, an organic potato farmer and seasoned anti-GM campaigner. Dr Steinbrecher is a biologist, geneticist and technical expert to the UN-led international negotiations of the Biosafety Protocol and the Risk Management of Genetically Modified Organisms.

The meeting is being organised by Stop GM, a voluntary organisation concerned about the impact of GM crops. Professor Atkinson, the university scientist responsible for the trial, was invited to speak, but refused, saying “we will not take part in any panel type debate”.[1]

Nicki Taylor from Stop GM commented, “We regret that Professor Atkinson won't be speaking, but will make sure that questions and contributions from the audience will be welcomed, whatever perspective they come from. We feel concerned that information about the possible impacts of this trial has not been shared with local people. For example, local growers have not been consulted, even though the trial has been running since 2008 and will continue until 2012.”

Genetic modification is completely different from the processes of evolution and cross breeding that have created life up until now. It allows genes from different species to be combined in a way which often has unpredictable results. The potatoes in this trial have been modified to resist cyst nematodes, a pest that lives in the soil. Effective conventional solutions already exist to deal with this problem.[2]

A particular problem with open air trials of genetically modified crops is the potential for cross-contamination. The trial is happening just 1.4 km from the Aberford Road allotments to the east of Bramham. Bumble bees, which are known to visit potatoes, forage at distances of up to 1.5 km. Cross-contamination isn't just an issue of ecology and human health: the European Landowners’ Association states that “If GMOs contaminated land clearly this would have an effect on the value of the property.” Currently, no insurance company will provide cover to anyone growing GM crops because the risks of contaminating other people’s land is too high.

Notes to the editor

[1] Quote taken from email from Professor Atkinson to Stop GM

[2] For more detailed information, see the GM Freeze briefing on this trial: