UK: Omagh bombers may have used explosives from Libya

“The Prime Minister [...] reiterates, on behalf of the British Government, that they have no selfish strategic or economic interest in Northern Ireland. Their primary interest is to see peace, stability and reconciliation established”

“Let me be clear to anyone watching in the Islamic or the Arab world: Britain has no selfish or strategic or oil-related interest in what is happening in Libya. Our interest has been to try to help save civilian life.” 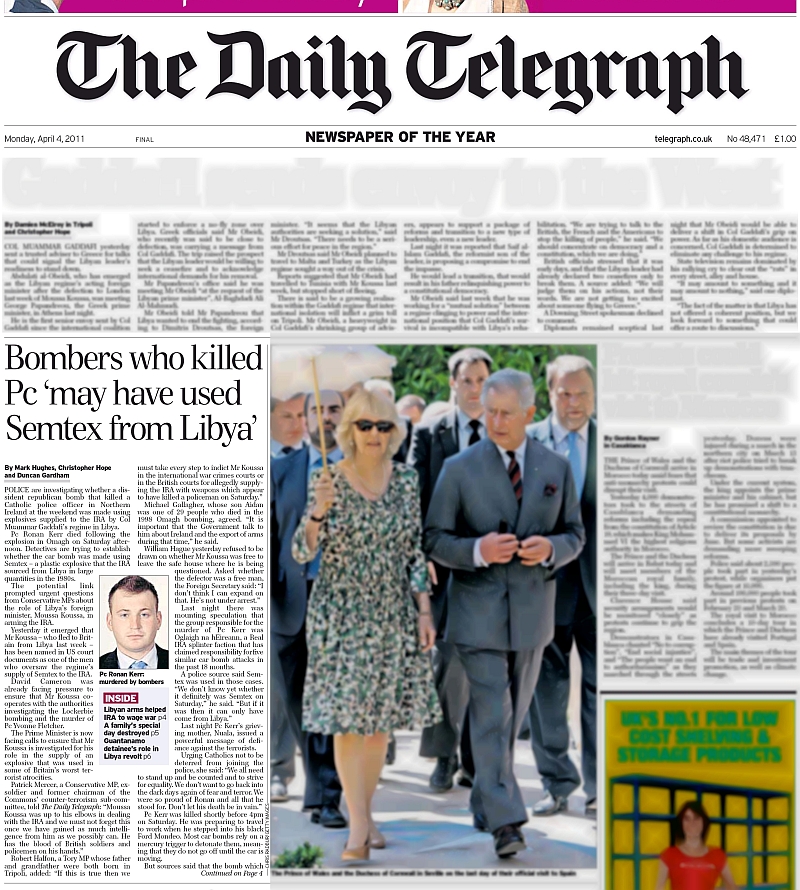 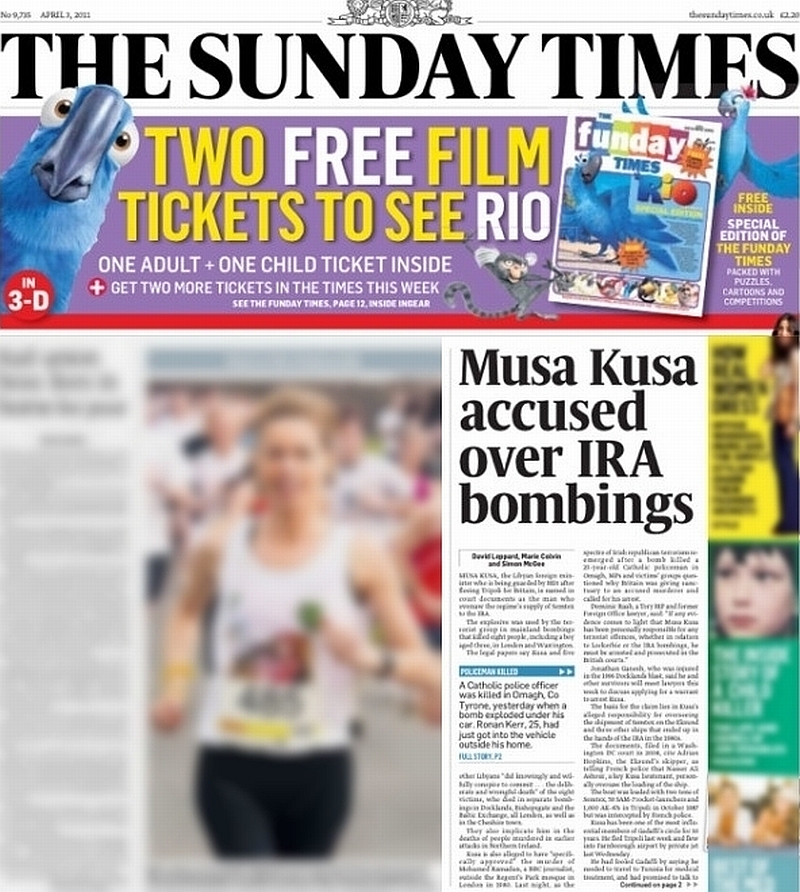 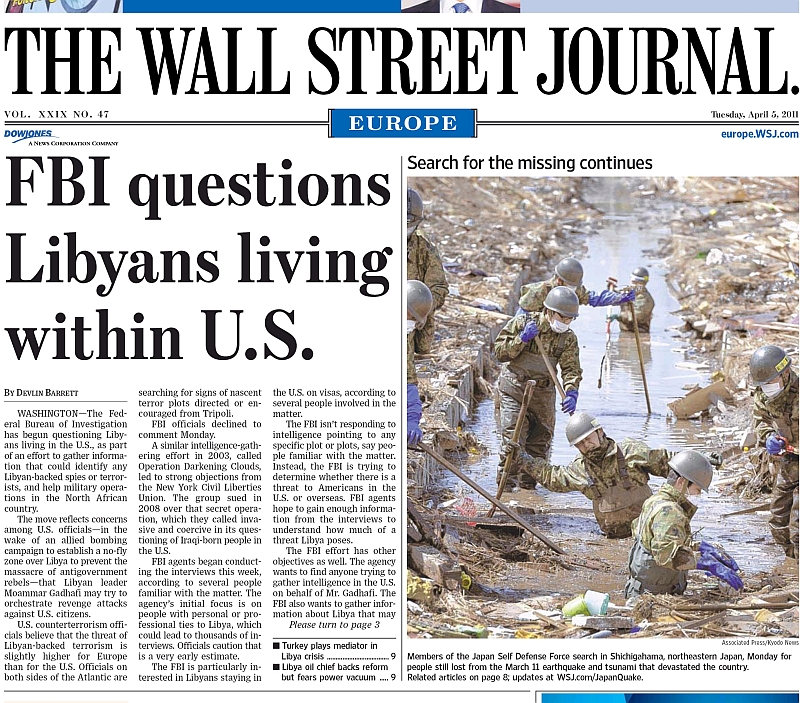 UK: Bombers who killed a policeman in Northern Ireland may have used explosives from Libya


1) UK: Bombers who killed a policeman in Northern Ireland may have used explosives from Libya (4 April 2011)


excerpts from: Bombers who killed Pc 'may have used Semtex from Libya' (*)

Police are investigating whether the bomb that killed a police officer in Northern Ireland was made using explosives supplied to the IRA by Col Gaddafi's regime in Libya.

"[Police officer] Pc Ronan Kerr died following the explosion in Omagh on Saturday afternoon. Detectives are trying to establish whether the car bomb was made using Semtex – a plastic explosive that the [Irish Republican Army] IRA sourced from Libya in large quantities in the 1980s.

The potential link prompted urgent questions from Conservative MPs about the role of Libya’s foreign minister, Moussa Koussa, in arming the IRA.

Yesterday it emerged that Mr Koussa – who fled to Britain from Libya last week – has been named in US court documents as one of the men who oversaw the regime’s supply of Semtex to the IRA.

The Prime Minister is now facing calls to ensure that Mr Koussa is investigated for his role in the supply of an explosive that was used in some of Britain’s worst terrorist atrocities. [...] Semtex, favoured by dissidents because of its durability, was used in IRA bombs in London in 1993 and 1996 as well as in the Warrington bombing, also in 1993."

"The Federal Bureau of Investigation [FBI] has begun questioning Libyans living in the U.S., part of an effort to identify any Libyan-backed spies or terrorists, and collect any information that might help allied military operations.

The move reflects concerns among U.S. officials—in the wake of an allied bombing campaign that established a no-fly zone over Libya to prevent the massacre of antigovernment rebels—that Libyan leader Moammar Gadhafi might try to orchestrate revenge attacks against U.S. citizens. [...]

A similar intelligence-gathering effort [in the lead up to the invasion of Iraq in] 2003, called Operation Darkening Clouds, led to strong objections from the New York Civil Liberties Union."


UK minister: Britain at risk of a new Lockerbie