Safety of nuclear power and death of the nuclear renaissance

Yesterday I believe will go down in history as one of the most significant for mankind. Whilst most citizens of the developed and developing world’s do not realise this yet, the future course of the human global energy system has just changed course with potentially far reaching consequences for human civilisation. 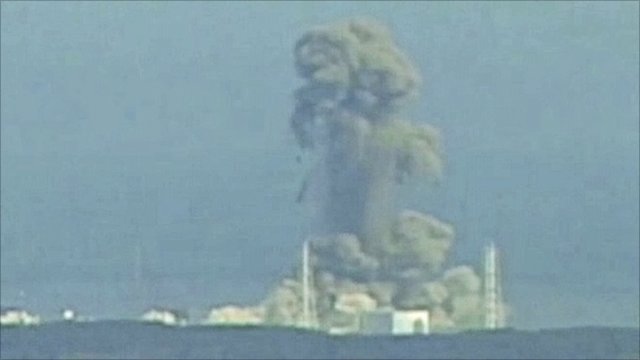 A hydrogen explosion destroys the reactor building of the Fukushima #3 reactor,

With a breach of the containment system of the Fukushima #2 reactor and release of significant amounts of radiation we now have the answer to whether or not nuclear power is safe. In the eyes of the public and politicians the answer will be no, even before the final tally of nuclear casualties is counted. Looking to the future, the question should boil down to whether or not the risks of nuclear accidents are outweighed by the benefits to society of nuclear electricity. But in the current environment, and for years to come the risks are going to dominate government thinking and the benefits, all too readily ignored at present will be forgotten completely until we begin to feel the consequences of growing reliance on expensive fossil fuel imports and intermittent renewable energy.

It often takes a disaster to test our systems and to bring into the public domain certain frailties that may exist. The Fukushima catastrophe has brought into the public eye frailties than most were not concerned about until Saturday 12th March 2011 when news of the reactor problems broke following the earthquake and tsunami of the previous day. Fukushima’s fate was sealed on the day the Japanese government gave approval for the reactors to be built on a coastline where there was a high probability of earthquake and tsunami in the plant’s lifetime. The risks were known and understood and the facility was engineered to a high specification to withstand such events. For three days, the fate of the global nuclear industry has hung in the balance. Had the Japanese engineers managed to contain the incident then it was possible that the nuclear industry could emerge strengthened with proof that well designed and maintained American reactors could withstand the worst that nature can throw. But alas, this is not the case.

In granting consent to build these reactors the Japanese government, with little to no supplies of indigenous primary energy such as coal, oil and natural gas, must have decided that benefits to Japan of providing over 30% of electricity from nuclear sources outweighed the risks of building nuclear plant in one of the seismically most active regions of the world. Not only did they consent to build, but they built 4 reactors in close proximity to each other, right on the coast where they would feel the maximum effect of any tsunami. The coastal location proves beneficial now since this provides ready access to cooling water, much of the radiation released will fall on the sea and not on land, and there is reduced risk of pollution of ground water. But had they been built on higher ground a short way inland then they would not have been hit by the tsunami in the first place. How such risks have been weighed will go under the microscope in the weeks and months ahead. Building a cluster like this is no doubt based on a shared defence system, but it has been surprising to watch hydrogen explosions in one reactor compromise neighbouring reactor buildings. Were these risks properly weighed?

It has also been instructive to learn that steel and concrete containment systems alone are not sufficient to guarantee safety. Maintaining the engineering ability to pump water through the core after emergency shutdown means that pumps, pipes and valves located outside of the armoured core defence systems must also continue to function, and as is the case with many disasters, damage inflicted by the disaster itself may compromise the safety systems and their backup. In the case of Fukushima, the plant survived the initial onslaught of earthquake and tsunami. Damage inflicted at that stage set in motion a sequence of events, starting with the venting of hydrogen gas and the explosions they caused, and further degraded the capability to contain an escalating crisis. In terms of reactor design, it strikes me as odd that hydrogen should be vented into the confines of the reactor building, effectively creating a bomb. Have these eventualities been anticipated by the engineers who designed the plant?

And so what will become of Fukushima and the future of the global nuclear industry? As I write the reactor site is being rendered uninhabitable by the release of radiation and I imagine in the days ahead we will see heroic Japanese engineers risking their lives in an extreme hostile environment as they continue to try and contain the situation. With three out of the four reactors at varying stages of melt down it is difficult to predict the outcome. This is already the worst civil nuclear power accident in recorded history - Chernobyl was a military reactor and the Windscale reactor fire in England in 1957 was never properly recorded. The social and economic costs I believe will already exceed Chernobyl given the location of this event close to the heart of the world’s third largest economy. There is still ample scope for this event to get considerably worse.

It is very telling that the German government acted yesterday to cancel license extensions for aging reactors even before the containment system of the Fukushima #2 reactor was breached. The nuclear renaissance in the west has always been lukewarm. In the UK for example, pro-nuclear Conservatives are in coalition government with Liberal Democrats who are instinctively anti-nuclear and who had to compromise on this long held policy stance to enter government. The Scottish minority government lead by The Scottish National Party (SNP) has adopted a no nuclear policy that is supported by Liberal Democrats and The Greens. The Conservatives alone are pro-nuclear with Scottish Labour hedging their bets on territory between the anti and pro camp. Most democracies will have tenuous alliances such as this and I think it is safe to now say that the nuclear renaissance is stone dead. I would anticipate a mass of safety audits to ensue with accelerated closure of aging nuclear plants and cancellation of plans to build new. A quick look at the stock prices of uranium miners and nuclear plant builders suggests I am not alone in holding this view.

OECD politicians believe their pro-nuclear stance was driven by a need to reduce CO2 emissions and still seem to be sublimely unaware that the real driving force is to replace supplies of cheap natural gas and coal that are likely now to become even more scarce on the international markets as countries scramble to replace lost nuclear capacity. German Chancellor Angela Merkel is reported as saying:

"Merkel added that she was not worried about Germany's electricity supply as the country was a net exporter of energy."

Presumably what is meant is a net exporter of electricity. What will become of countries dependent upon these German electricity exports?

It is time for cool heads in the OECD but, unfortunately with the energy debate driven by emotion, this will not happen. Decisions made now in the wake of an emergency in Japan may sow the seed of energy poverty in countries like the UK for decades to come. I have for a long while been pro-nuclear but must admit that my faith in nuclear planners is shaken by this sequence of events. Now is not the time for knee-jerk decisions. Governments must carefully weigh the benefits of stable supplies of nuclear electricity to society against the risks posed by nuclear power plants. This is not an easy task.