Sheffield City Centre has been turned into a virtual police state from 11th till the 13th March, as the Liberal Democrats converge on the City for their annual spring conference. The Sheffield Telegraph reported that there will be a six foot security fence, but now it's erected it's clearly higher (2.5m). The Sheffield Star has reported that there will be 1,000 police officers defending the conference with plans to use riot gear and kettling if necessary, at a cost of £2 million. Activists have reported Police surveillance in the run-up to the conference and there are section 14 and section 12 restrictions on freedom of movement in place from the Police. The official conference webpage links to the agenda and papers and delegates information, party members are registering at the Millennium Gallery, fringe meetings are taking place in the City Hall, Mercure St Paul’s Hotel, Jurys Inn and Leopold Hotel, see the listings for Friday, Saturday and Sunday.

The police initially told the media that they were expecting between 2,500 and 3,000 protestors but have now said they are expecting up to 10,000 demonstrators. Sheffield ConDem Resistance have produced a flyer for the weekend. On Friday 11th March at 4.30pm there will be a demo assembling at the Town Hall and on Saturday 12th March a protest has been organised by the SWP's Right to Work campaign with the support of the Sheffield Anti Cuts Alliance with agreement with the Police — assemble 11am on Devonshire Green for a rally and a then a march to another rally. There are also other campaigns organising protests. 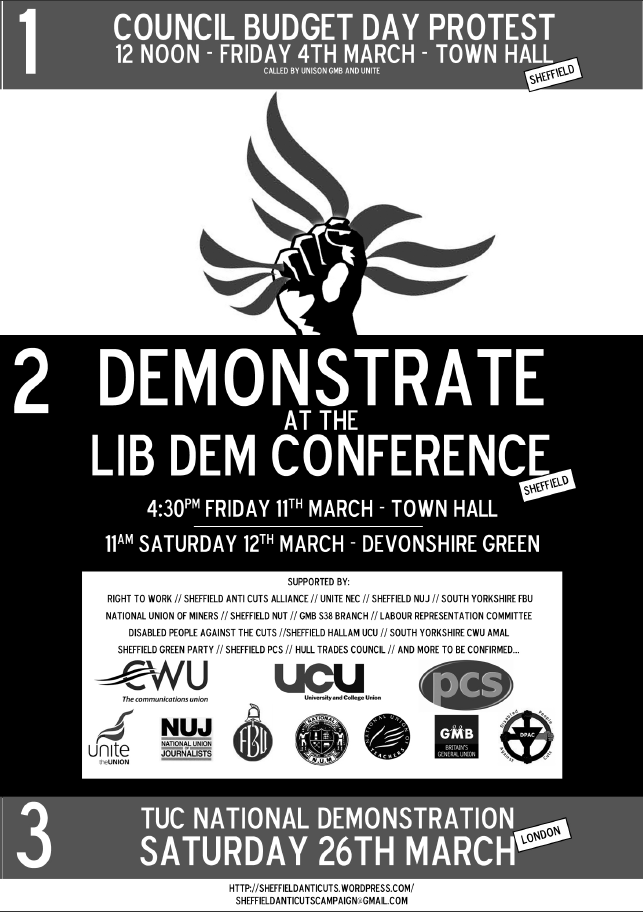 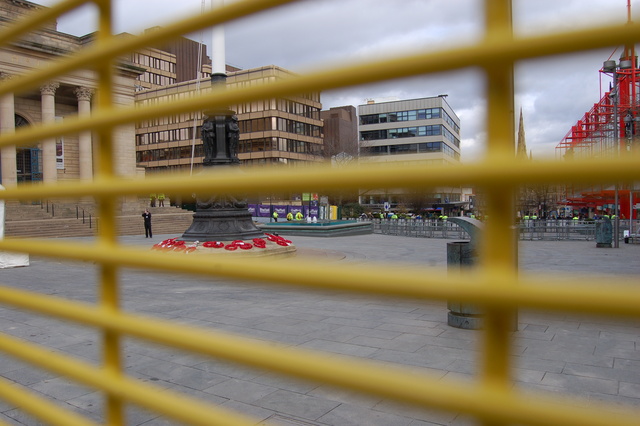