BNP Call for day of action this weekend!

The BNP have put a nationwide (although I doubt this will be answered) call out this weekend for what appears to be either a leafleting session or a small demo this weekend in Barnsley. 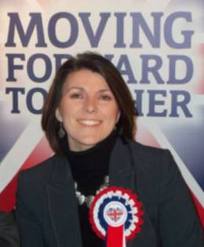 Over the last couple of weekends the BNP have been out leafleting and petitioning in Barnsley town centre in support of a by election candidate called Enis Dalton.

This Weekend (Feb 26th and 27th) they have put out the final call for activists to come down and lend a hand passing out propaganda and generally terrorising the local population.