The Real Facts Regarding Mark Kennedy’s Infiltration of Saving Iceland

Kennedy had no role in the birth of Icelandic environmentalism

Kennedy was never a key decision-maker in Saving Iceland

Kennedy did act as an agent-provocateur 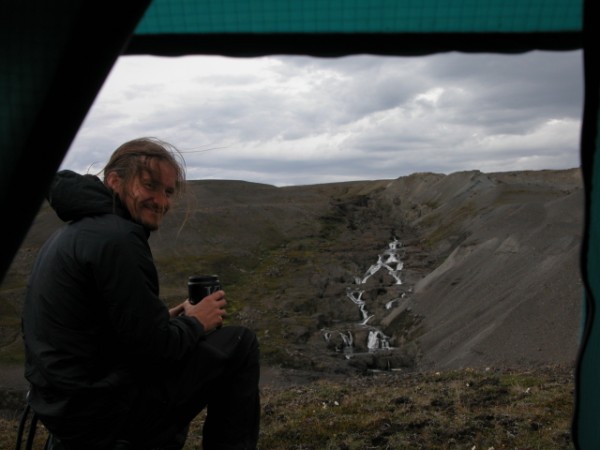 The recent spate of articles about the police spy Mark Kennedy that have appeared in the Guardian and elsewhere have greatly exaggerated the minor role of Kennedy in the Icelandic environmental movement to the point of claiming that he was a key figure pivotal in founding the movement. This may serve the immediate purpose of dramatizing the Kennedy saga but is in fact nonsense. Several weeks ago Saving Iceland sent detailed clarifications to the Guardian regarding the inaccuracies published in the paper. However, the Guardian has thus far not corrected their reporting, apart from a limited disclaimer in Amelia Hill’s article ‘Mark Kennedy played key role in forming green movement in Iceland’ where Hill states that “Saving Iceland […] disputes the level of Kennedy's involvement.”

In other articles that are concerned with Mark Kennedy’s involvement with British groups the Guardian several times quotes British activists in saying that Kennedy did not act as a strategist or decision maker in their movement, but that he made him himself useful as a driver and an energetic facilitator in day to day logistics. One source is reported by the Guardian in even going so far to say that Kennedy was not considered the sharpest knife in the box. This would make the Guardians' claims about his supposed vital role in Saving Iceland surprising to say the least.

We have written this further detailed statement to discuss the various claims made in relation to Kennedy’s role in Iceland. These claims include: that Kennedy was pivotal in the birth of Iceland’s environmental movement; that he was instrumental in training Icelanders in direct action; that he was a key figure in various protests in the east of the country; and that he was a key decision maker within Saving Iceland.

Kennedy had no role in the birth of Icelandic environmentalism

Mark Kennedy did not return to Iceland for the 2006 protest camps at Karahnjukar, Snaefell and Reydarfjordur. Although he continued attending some of our gatherings for a while, his activities within the campaign gradually diminished, and finally ceased in 2007.

Mark Kennedy was never a trainer for Saving Iceland nor did he train any Icelanders. The only training he may have taken part in is training Icelandic policemen during their self confessed "collaboration" with the UK police, in 2005-2006. The purpose of this collaboration was to help Icelandic police to deal with SI activists.

Kennedy did not play a major role in actions in Iceland in 2005. He had already left the protest camp before it was evicted from Karahnjukar, and was not present when we relocated at Vad Farm in Skriddal. Kennedy only participated in two mass lock-ons at the Karahnjukar dam site, prior to the eviction, and consequently he played no part in a number of actions we carried out following the eviction later that summer, both at Karahnjukar and at the construction site of the ALCOA smelter in Reydarfjordur, or the actions we carried out in the Reykjavik area in August. Kennedy also never ran errands to Reykjavik on behalf of SI; as far as we know, he never set foot in the capital.

Thus the following statements published in the Guardian are nonsense: "It was during this campaign that Kennedy showed the Icelandic activists the techniques of ‘lock down’ – when  protesters attach themselves to an immobile object – and how to block  roads by constructing tripods from scaffolding, placing a protester at the apex" and “Undercover police officer made himself indispensable to  the movement, activist claims".
It is worth noting that a reporter who uses the words ‘lock-down’ for a practice that is generally referred to by activists as ‘lock-on’, clearly does not know much about direct action protests.

None of the activists in the first two lock-ons at Karahnjukar in 2005  were actually Icelandic; these were the only actions Kennedy was part of in Iceland. All the people involved apart from Kennedy were highly experienced activists from different countries who had no need of any training or introduction to such methods, by Kennedy or anyone else. Furthermore, road blocks and tripods were not even employed that summer. SI did not use tripods as means of protest until in the summer of 2008 at the site of a Century Aluminum smelter in Hvalfjordur, near Reykjavik, several years after Kennedy had come to Iceland.

Saving Iceland founder Olafur Pall Sigurdsson had already organized several direct action workshops for several days for Icelandic activists in Reykjavik, in collaboration with the Icelandic peace movement in the spring of 2004 and again under the banner of SI in June 2005. These workshops were given by other foreign trainers. Both courses were publicised openly and reported on by the Icelandic media with a certain amount of puzzled amusement.

It is possible that Mark Kennedy exaggerated his importance to Jason Kirkpatrick, one of the Guardian's sources. Also, the so-called ‘training videos’ Kennedy showed to Kirkpatrick were in fact footage from the real actions at  Karahnjukar. DVDs with this footage were in circulation amongst activist and media all over Europe. There have never been any training videos of SI activists, let alone any with Mark Kennedy as a trainer.

The actual direct action training courses in Iceland took place in May 2004 and June 2005, while Kennedy did not come to Iceland until July 2005, after the protests at the G8 summit in Gleneagles. Consequently, Kirkpatrick's testimony is founded on the boasting claims of a professional liar, i.e. Kennedy.

As regards Kennedy's involvement in SI info tours and his supposedly vital role in linking Sigurdsson with other European activists. Kennedy’s role was limited to driving and carrying out some of the logistics for a few of the many trips Sigurdsson and others undertook to publicize the struggle to save the Icelandic highlands. To say that Kennedy was vital in introducing SI to foreign activists or that he introduced direct action to Iceland is therefore utterly false.

Kennedy was never a key decision-maker in Saving Iceland

Likewise, the claim that "Kennedy quickly became a [...] key decision-maker" in Saving Iceland is completely erroneous. Saving Iceland is not a hierarchical organisation but a loose campaign, we have no leaders and important roles are shared and rotated. We count on a fluid group of inspired and dedicated people contributing from time to time to the best of their capacity and interests. The emphasis on ‘key-decision makers’ is a form of dramatisation that may help sell newspapers, but shows a lack of understanding of the basic mode of organisation of most of the networks that are written about in the Kennedy case. Besides, if most of the British activists did not find Kennedy to be the sharpest knife in the box, why should SI have found him to be any sharper? Several other people were much more capable and dedicated than he was when  it came to strategy and decision-making.

During the few years Mark Kennedy was involved with SI, he was simply one of a large and very active group of foreigners who contributed their efforts to the organization. Indeed, the only remarkable thing about Kennedy's involvement in Saving Iceland is the fact that he was a police spy.

The reports of the Guardian are misleading, they  misrepresent the true context of Kennedy’s involvement and are not in keeping with the integrity that the Guardian journalists at first wished to project in their communications with Saving Iceland. Saving Iceland demands to see the real truth that lies behind Kennedy’s heinous personal betrayals in the name of state-sanctioned violations of basic human rights.


Kennedy did act as an agent-provocateur

Saving Iceland can now confirm that Mark Kennedy did certainly act as an agent provocateur within our network, regularly calling for more extreme forms of protest, and that he abused trust in clearly an illegal manner, even using sex as a means to gain access.

We want to see that the truth about his betrayals while under the command of the British authorities, and possibly in collaboration with the Icelandic authorities, be exposed and that those responsible be made to answer for their actions. The British and Icelandic police and governments, for whom Kennedy seems to have gathered information, must end their silence about which agencies and authorities were aware of his undercover work in Iceland.

Kennedy himself has now confirmed, in an interview with the Daily Mail, that when operating in Germany he was always in direct contact with the German authorities and personally passed on information to the German police. This has been confirmed in the Bundestag by high-ranking German police officers. The Daily Mail reports that “Kennedy says he would travel abroad with fellow activists, and feed information back to his British superiors to share with other nations. ‘Activism has no borders,’ he says. ‘I would never go abroad without authority from my superiors and the local police.’”   Why should the case be any different when it comes to Icelandic authorities?

Saving Iceland will in the next few days publish evidence that shows that the police in Seydisfjordur and Eskifjordur did not tell the truth in their statement to the Icelandic National Broadcaster by stating that they did not have any "dealings" with Mark Stone/Kennedy in 2005. Later, after a lengthy delay in answering, the Icelandic State Police, "refused to comment" on the National Broadcasters' question if the State Police was aware of a British police spy in SI. Saving Iceland asks: What are the State Police hiding?

Finally, on 16 February, Haraldur Johannesen, head of the Icelandic State Police, asserted in a meeting with Ögmundur Jonasson, the Icelandic Minister of Internal Affairs, that the State Police had no idea that the British agent was operating in Icelandic jurisdiction. Apparently the Minister ordered the police officer to submit a report about this.

Icelandic legislation does not allow pre-emptive investigations. If the British police was operating without the knowledge of Icelandic authorities they were clearly violating Icelandic jurisdiction. If the Icelandic police received any of the information gathered by Mark Kennedy they broke the law.

Instead of reporting made-up spectacle, the Guardian and other media should now focus on breaking open the silence of the British and Icelandic governments as regards to whom Kennedy's information was passed on and which agencies/authorities were aware of his undercover work in Iceland.

As well as the German police working with Kennedy, the Irish police have confirmed that they knew of his work in their country.

This would suggest that the Icelandic police are likely to have known about him.