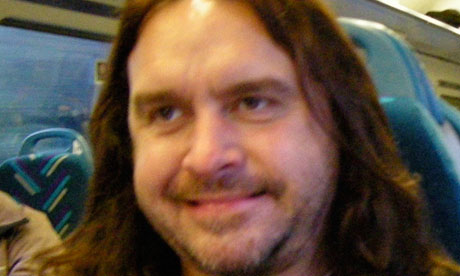 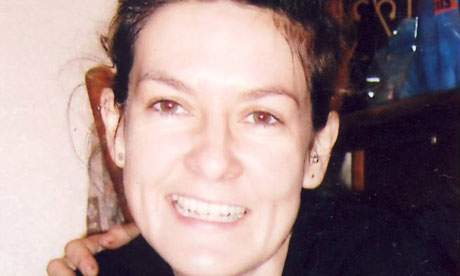 The content seems to be all old news if you have been keeping up with stuff here apart from a new photo of "Lynn Watson".

Shame they are not revealing their real names....

We need a proper portfolio

One that lists all undercovers photo's and details so other movements have to do guesswork on old people who have been proved to be undercover. These photos will be lost over time and we need a reference point for all political groups to check now and again. Thes undercover people do not just stay in one movement. They move around over the years.

A senior Metropolitan Police commander will be asked to account for the false information he gave MPs when he denied that plain-clothes officers were among the 2009 G20 demonstrations in London.

Giving evidence to the House of Commons Home Affairs Committee a month after the protest, in which thousands of demonstrators clashed with police, Commander Bob Broadhurst insisted there were no plain-clothes officers among the crowd, saying it would have been too dangerous.

But committee chairman Keith Vaz wrote to the Met's Commissioner Sir Paul Stephenson last week after questions arose about Mr Broadhurst's evidence in the wake of the unmasking of undercover policeman Mark Kennedy.

Mr Kennedy attended many demonstrations during seven years living as a spy among green activists.

The Metropolitan Police was forced to admit that false information had been given, issuing a statement correcting the testimony given by Mr Broadhurst on May 19 2009.

"The only officers we deploy for intelligence purposes at public order are forward intelligence team officers who are wearing full police uniforms with a yellow jacket with blue shoulders. There were no plain clothes officers deployed at all."

But the statement conceded: "Having made thorough checks on the back of recent media reporting we have now established that covert officers were deployed during the G20 protests. Therefore the information that was given by Commander Bob Broadhurst to the Home Affairs Select Committee saying that 'We had no plain-clothes officers deployed within the crowd' was not accurate...

"The officers were covertly deployed by the MPS (Metropolitan Police Service) to G20 protests to identify individuals who may be involved in the organisation of criminal activity and to give live time intelligence/evidence as to the protesters' activity."

Mr Broadhurst has now been summoned to appear before the committee again to explain the inaccuracy of his earlier evidence. However, the Met stood by Sir Paul's assurance to the committee at the same hearing that the force did not use "agents provocateurs" - undercover officers actively fomenting unrest - at the protests around the world leaders' summit in April 2009.

I reckon there was/were undercover cops in the Earl Street convergence centre 2009.

Unfortunately I’m unable to provide any proof except that this was so very heavily policed on the outside so why not inside as well?

The biggest give away to my mind was the fact we were raided while about 90% of those inside were attending a meeting in the basement discussing how to safely get the kitchen loaded into the van without either the filth grabbing it or gaining entry to the building.
It was at this point the filth kicked down the door and swarmed in.


Things had been heating up all day; phones were taken from people as they left the building under the excuse of, ‘We have had a report of a phone like this being stolen’.
(A defence against this was to keep the ID number of the actual phone itself and then you might get it back)

There were a fair few climate campers resting up after receiving a kicking from the pigs the night before.

(The alarm had been set off by those manning the door.
The squad of riot cops seen running down the street were heading for the back of the building because spotter cops, not seen in this footage, were on the roofs and high points of the buildings opposite. They had seen protester was heading this way and it was only at this point they thought of covering the back door.)

Video of undercover cops at G20

Wonder who felt the force of that bludgeon.

Great stuff re Fitwatch - I would assume that after they are outed they never return but best to be safe - and anyway I like the idea of making them feel uncomfortable having their photos up.

I'm shocked that u people were unable 2 suss these and MIperv's agents out!

..perhaps because of the infiltration of these agents of babylon in the first place!..especialy with supposedly community/collective anarchist outfits like Reclaim The Streets. I Think these events should b seen as a lesson 2b learnt from. Jah Bles ;)

Kennedy was semi coming over..perhaps with the rite team, and mayb the help of e or posib lsd, agents could b brought fuly over whist stil straight with cops/brit state. These situations should b handled professionaly(convoy) - 2 hav a reliable double agent wood b dynamite!..think!..actual paperwork trail of agent provacation, psy ops, access 2 intelegence files etc etc..this goes beyond the eco etc protest scene. if proof of agent provaction by state rather than a 'few bad apples type thing' then we'd hav the fuking vermin. The game these fascist heirarchy play wood b exposed. I realy doubt that a police or even judical enquiry wil expose the real truth..and in the case of MI5, this way is the only way actual material type evidence could b got.

people didn't suss these people no, or not all of them. By all accounts suspicions were aroused by this 'Marco' before he vanished, but it was Jim and Lynn's disappearance that triggered rumours - only confirmed later, in Jim's case much later. Mark K is the exception but it was chance evidence that led to suspicion and research which uncovered the truth. Many nagging doubts at the time there may have been, but many people I think are now remembering themselves as more suspicious than any of us were at the time,

you say 'professionals' should be attempting to turn these people and use them as counter-spies against their bosses. I disagree on so many levels. First cos we arent professional, thank fuck. No-one's paying us. We do what we do because we believe the world these cops defend should disappear, and be replaced by a way of life completely different. Messy and sometimes violent methods may be necessary if this is ever going to happen, but the kind of double-dealing and headfuckery necessary to be spymasters (or cops, or jailers), I think is beyond us, and I'm happy that way. I don't think we can match them for twisted ability to use people as tools.
Second - we could never trust a word they say. Or any info they brought. We could spend lifetimes checking out the info they brought us and only verify tiny elements... And tear ourselves apart with suspicions if they were feeding us lies about our friends. It could work but probably wouldn't.
Theirs - as you say whatever revelations we could dig out, cops aren't going to change their spots enquiries or not. They have to run undercovers because it gets results. If they pulled out the politicos and other bigwigs would soon be on their backs for them to put people back in. The Labour government in 1945 ordered Special Branch to stop infiltrating left wing groups; the mass squatters movements of 1946 then caught politicos and police by surprise, and the order was speedily reversed.

It's not really a question of morality. They send in infiltrators because it serves their interests. We have to try and uncover them and limit the damage they do, because our interests directly oppose theirs, and high up there is what binds us together is love of each other, and a wider love for others, a desire for a freer life for all. Defending and caring for those these spies hurt on a personal level is vital to this; some element of security and checking out of people may also be necessary if people are involved in some activities. While I understand people being angry and upset - Jim 'Sutton' was my 'friend' and 'comrade', some of the others i knew less well - I am never really shocked or outraged by the depths they stoop to, because I don't believe morality or politeness is the basis of this society. It's up to us to build a new way.

Love and heartfelt hope for the future to all of you fucked over by the secret state, or even the unsecret state. We will however dance on its grave.

"He said he missed that [activist] life – he said it was great because it was like being God. He knew everyone's secrets on both sides and got to decide what to tell who and decide upon people's fate." 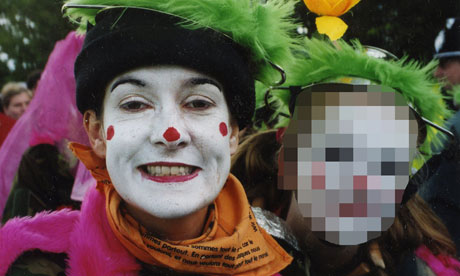