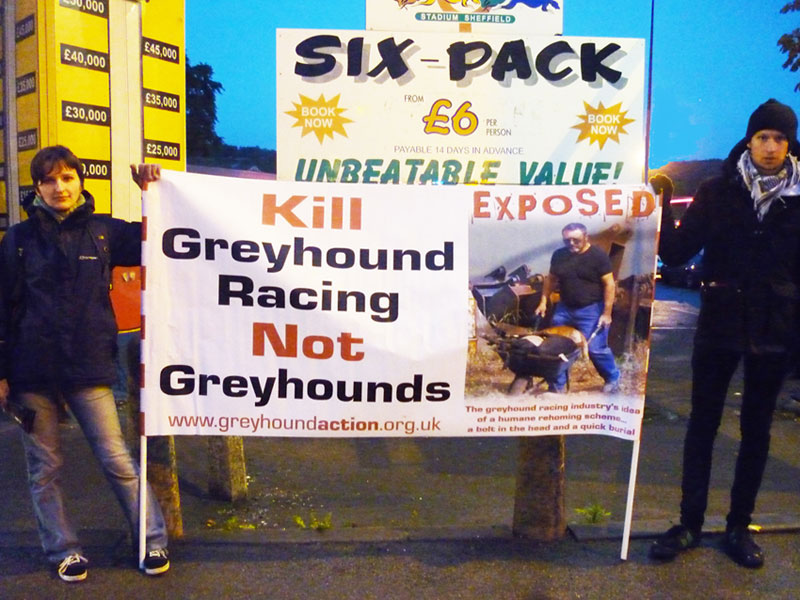 An international greyhound protection group has renewed its calls for the closure of the dog track at Sheffield's Owlerton Stadium, after a dog was fatally injured during a race there on Monday afternoon.

Two year old Royal Raider suffered a serious break to one of her front legs after colliding with several other dogs at the first bend and died the following day, despite veterinary treatment.

Tony Peters, UK Co-ordinator for Greyhound Action, said: "We found out about this appalling incident from a sympathiser who works at the stadium and it, very sadly, doesn't surprise us, as there has already been a report indicating that the track there is dangerous (see

"In fact, all greyhound tracks are inherently lethal, because their oval shape, with fast straights leading into tight bends, creates a very dangerous environment for dogs to run in, leading to thousands of injuries to greyhounds, many of them serious, occurring every year in Britain.

"In addition, according to latest research, more than 12,000 Greyhounds, bred for the British racing industry, are 'put down' every year, after failing to make the grade as racers or when their 'careers' on the tracks come to an end.

"An RSPCA report on Greyhound racing has stated that 'at least 20 Greyhounds a day - either puppies which do not make the track, or retired dogs aged three or four - simply disappear, presumed killed'.

"Members of the public can help put an end to this horrific situation by not attending dog tracks or betting on greyhound racing, so this appalling death-industry fades away through lack of financial support."

Local Greyhound Action supporters hold regular demos outside Owlerton Stadium as part of a campaign to get the greyhound track closed down. A high-res version of the photo above, taken at one of their demonstrations, can be viewed and downloaded (right click on picture) at

http://tinyurl.com/OwlertonStadiumDemo for use, free of charge.