Communities minister Eric Pickles is said to be furious that almost all top earning council bosses, including Sheffield council’s Chief Executive, have ignored his order to take a pay cut. 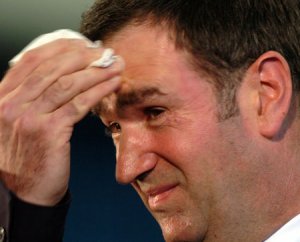 Sheffield City Council’s Chief Executive, John Mothersole has yet to announce a cut in his salary of £184,585. On Christmas Eve, Mr Mothersole announced a pay freeze for all council workers earning more than £21,000 a year.

“We’re not asking the top paid chief executives, there are 129 of them earning more than the prime minister, we’re not asking them to do anything more than we’ve done as ministers. Every minister in this government has taken a 5% cut, and a five-year pay freeze. I think if you are expecting people to take some very difficult decisions throughout a local authority, then it’s right to lead from the top.”

Mr Mothersole forfeited his £20,000 returning officer fee in May

http://news.bbc.co.uk/1/hi/england/south_yorkshire/8674891.stm , and apologised for mistakes which led to long queues at polling stations for the general election, and hundreds being turned away.