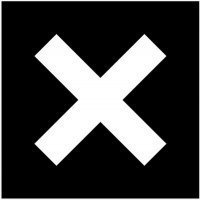 Firstly we would like to say about about how amazed we are with the response for this gathering, and also a tad overwhelmed. We have had to change location for the gathering and are desperately searching for crash space, but, in the words of some naff T.V. host, 'It'll be alright on the night' - in fact it is going to be awesome. Practical details are below, so please give this message a thorough once over and when messaging us please make sure you put the correct title to your email.

All communication will go through our more secure email address,

https://lists.riseup.net/www/info/networkx
This way you can get updates on the gathering practicalities, and post the gathering on UK wide updates, though you will also be able to unsubscribe at any point.

At this time we have only got some houses to crash in of wonderful people across Manchester, but we should have a central crash space sorted by the end of the week (fingers crossed). Either way spaces will be limited, so please let us know if you need accommodation for the night of Saturday 15th (or potentially Friday the 14th, though this will be very limited) as soon as possible, and only if you don't already know someone in Manchester that could put you up.
Please put in the title of your email CRASH SPACE - to

ninjaction@riseup.net - with the number of people that definitely need space.

The gathering is going to be held at Manchester Metropolitan Students Union on Saturday 15th and Sunday 16th of January. There are eateries all around including a vegan cafe and food, sadly we will not be able to provide food for so many, but there are many options on the door step, and even more if you venture the two minutes to the city centre.
Below is a map from the city centre to MMU.

The gathering will START at 10.30 am (please arrive for quarter past to get seats) both days and finish (ideally) by 5.30 on each day. No later than 6!

If you are involved in a particular group, network, or student occupation then we would like to hear from you! We would like to have a series of short presentations to kick the gathering off so we can hear what has been going on around the country and learn from the successes and mistake that have been made so far.
If you are interested please send an email titled PRESENTATION
to

ninjaction@riseup.net with details of your group, experience and what you'd like to talk about.

We need people to help with a kids space. If you are up for helping, or you are bringing kids then please let us know.
Email

ninjaction@riseup.net with KIDS SPACE in the title.

The organisers of the gathering have agreed to outline the general principles of the network - both politically and organisationally. These are open to debate and mild modification, but are the core of what we believe and hope these can be the understandings by which this libertarian gathering organises itself.

*Political Principles
These are to be used as a guide to future discussion, but also as an indicator of the core beliefs of the gathering so that it is clear for those attending what this network is/could be about. The gathering is not a space for those who strongly disagree with the below points.

1. A very clear rejection of capitalism, imperialism and feudalism; institutions and governments that promote destructive austerity measures;
2. We reject all forms and systems of domination and discrimination including, but not limited to, patriarchy, racism and religious fundamentalism of all creeds. We embrace the full dignity of all human beings and life.
3. A confrontational attitude, since we do not think that lobbying can have a major impact in such biased and undemocratic organisations, in which transnational capital is the only real policy-maker;
4. A call to direct action and civil disobedience, support for social movements' struggles, advocating forms of resistance which maximize respect for life and oppressed peoples' rights, as well as the construction of local alternatives to global capitalism;
5. An organisational philosophy based on decentralisation and autonomy.


*Organisational methods
The gathering will be a space where consensus decision making is utilised (if you are not familiar with consensus please check the guides below), though there may be some instances where we resort to voting (such as when time elapses for making a decision or when deciding on the name), though this will be decided with the facilitators closer to the time. We will clarify this usage in our next mail out.

There will be time caps on discussions (though these can be altered by the gathering on the spot) and on contributions by individuals (i.e. we will have a big timer at the front to keep things concise!), but there will be long spaces for discussion and we will use large groups, small groups and working groups to discuss and create proposals at length. Hopefully these will be proposals that we can build consensus upon.

This will be clarified more closer to the time, but will have this essentially loose framework to allow time for in depth discussion and proposal formulation.

***Sat Afternoon
3 hours
time to formulate decisions and proposals - working groups, small groups and large plenary all to be used.

Ideally we'd like to set up at least one group and that would be to organise network administration (emailing, minutes, agenda setting, gatherings, call outs, etc) that will be as democratic as possible. The suggestion will be for rotating spokespeople, nominated from each of the different regions to take on the role for 6 months at a time, but this is just a suggestion at this time. How we do it can and should be decided together at the time.

ninjaction@riseup.net with one of the three titles below

PROPOSAL ORGANISATIONAL - how we should organise ourselves, what methods and structures should we use.
PROPOSAL POLITICAL - political philosophy - what do we believe and want to say to the wider world.
PROPOSAL STRATEGY - Strategy for action and creation. What actions do we want to take to fight the cuts and the system in general. Why? How?

We will put these proposals together into a pack for the weekend and they will be used as some of the basis of discussion on the first day (ideally introduced by the facilitator or proposer in the afternoon - though we will have to see logistically if that is possible), and will help guide the creation of proposals to be decided upon on the second.
PLEASE DO NOT MAKE THEM LONG! Ideally 250 words max, absolutely no longer than 500 words.
We will bring together proposals that are similar, though not lose their originality or original authors.

We are doing this out of deep feeling of love and a desire for freedom and equality for all beings. We are obviously as fallible as anyone so probably have made, and will continue to make, some mistakes. We are chuffed to bits with everyone who wants to get on this so please bare with us and also approach each other (and us!) with the same respect and love as you wish to see in the world. In the struggle to create a better society this is just the beginning...