Yorkshire and Humberside TUC Rally Against the Cuts

On Saturday 23rd October 2010 around 1,000 protestors from across the Yorkshire region assembled outside Sheffield Town Hall to be addressed by speakers from the established labour movement. 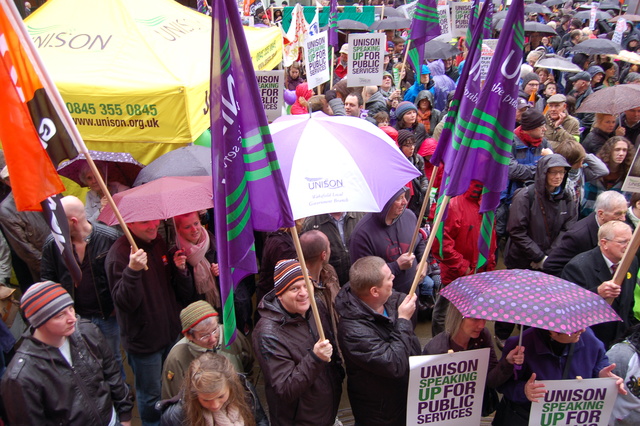 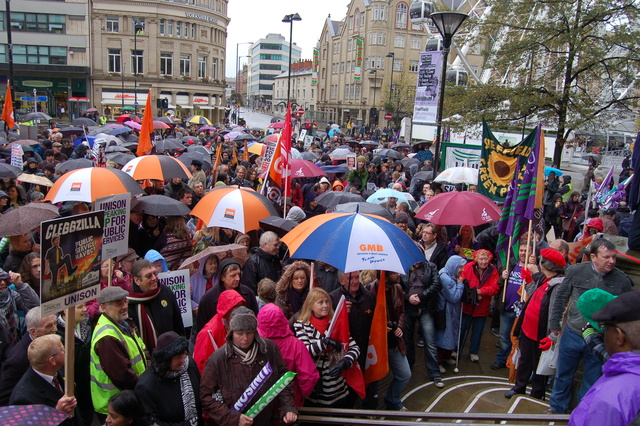 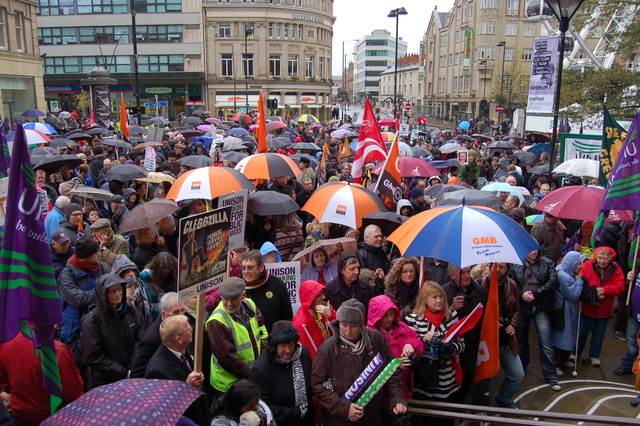 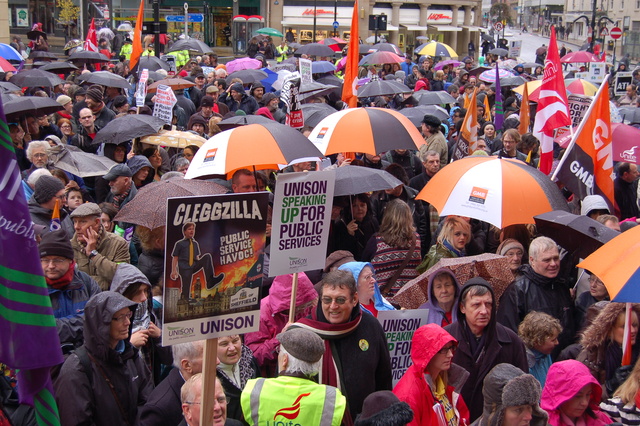 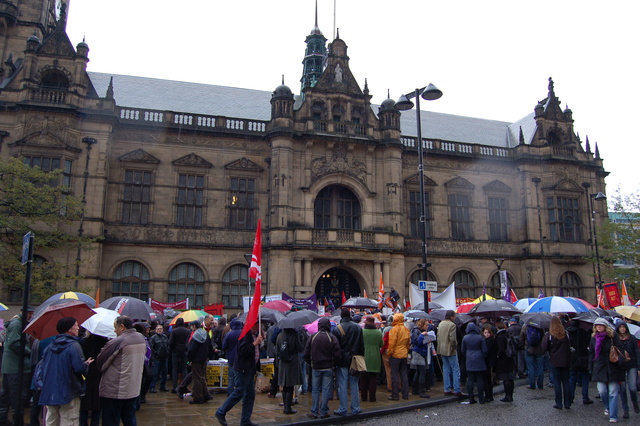 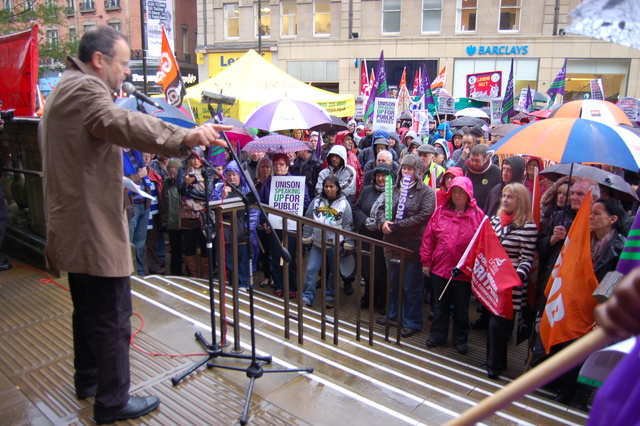 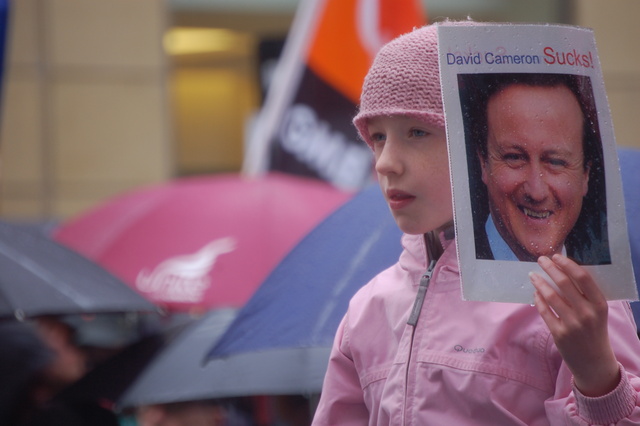 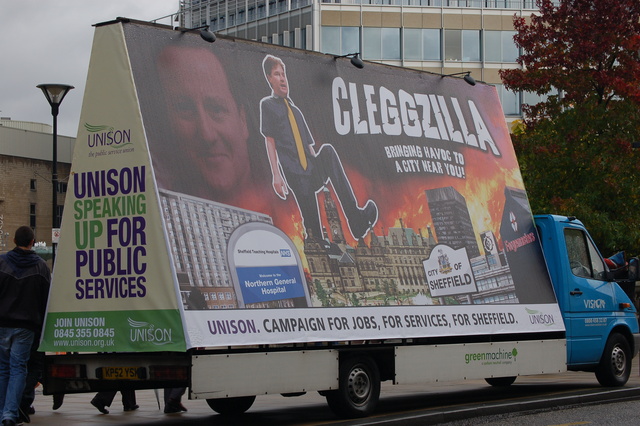 There were no radical speeches, Frances O'Grady, TUC Deputy General Secretary, announced a national TUC demonstration in London on 26th March 2011 and Maria Lloyd, from the PSC said this was too late and a national demo should be organised before Christmas and this should lead to a one day general strike. Labour Party activists called for a vote for their party in May 2011.

There was however a march organised by the Right to work campaign:

And lots of chanting for a 'general strike'.

Big crowd but a bit of a LP rally

The turn out was massive even though it was regional and of course the weather was awful, there wern't that many young people there either. Though i suspect more would have joined if the weather had been better. But the big problem was the speaker list:, it was basicilly the TUC full timers and the L/P, no community groups, no umployed, no disabled people, no dinner ladies, not even rank and unionists, though some of the TU speakers were good, the LP speakers acted as if they hadn't been in power for thirteen years and a few harked back to their days in the 80', ex miners etc. No m mention for instance they are still comitted to cutting welfare, etc. The Green Party who have council seats in Sheffield weren't even allowed to speak, imo., that is a disgrace.

I don't want to to be negative, as i said the crowd was lively,broad and confident, but one can argue that a much broader campaign is needed in Sheffield that incs all the above, eg service users, etc.

Its a disgrace the Green Party were not allowed to speak despite being the only mainstream party against the cuts - yet Harpham, Curran, the fat bloke and Campbell were all allowed - it stinks of political bias and personally I don't think the TUC really want to stop the cuts - they are just paying it lip service for political gain. Where was the promised Barber or Niliband - neither turned up.