Join our resistance against the industrialization of Europe’s last remaining great wilderness and take direct action against heavy industry! 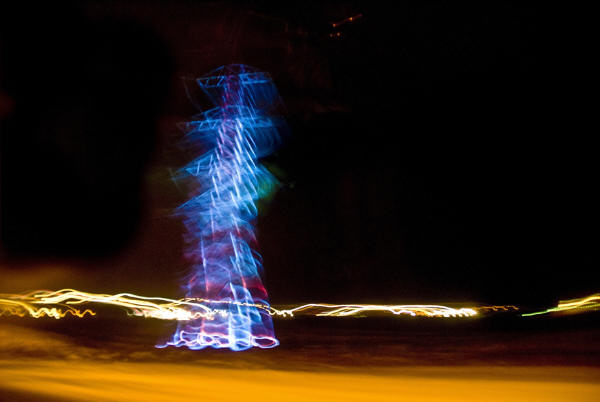 The Struggle So Far
The campaign to defend Europe’s greatest remaining wilderness continues. For the past five years summer direct action camps in Iceland have targeted aluminium smelters, mega-dams and geothermal power plants.

After the terrible destruction as a result of building Europe’s largest dam at Kárahnjúkar and massive geothermal plants at Hengill, there is still time to crush the ‘master plan’ that would have each major glacial river dammed, every substantial geothermal field exploited and the construction of aluminium smelters, an oil refinery, data farms and silicon factories. This would not only destroy unique landscapes and ecosystems but also lead to a massive increase in Iceland’s greenhouse gas emissions.

Political Landscape
Saving Iceland has reintroduced civil disobedience and anarchist ideas into Icelandic grassroots and demonstrated numerous methods of direct action, many of which were utilized in a highly successful manner in the ‘Kitchen Utensils Uprising´ of last year, where experienced Saving Iceland activists constantly stood in the forefront pushing boundaries. Saving Iceland and our work throughout the years was a major catalyst in toppling the corrupt pro-heavy industry ‘Alcoa government’.

However, last year´s general elections were a major blow for the environmental movement in Iceland, with the ‘Left Greens’ booting their own minister of the environment out for being genuinely concerned about environmental values. The leader of the party denounced their own environmental policies for being too ‘puritanical’ to be applicable in such times of financial crisis. With this and the continuing of the People’s Alliance in government we are still looking at a heavily fortified pro-heavy industry government, doing away with any pretence of being green or even remotely progressive. On top of this, corrupt labour unions are firmly in the grip of the aluminium lobby calling for job growth regardless of the environmental costs.

The Situation Now
The deep financial and ethical crisis that hit Iceland in the autumn of 2008 caused the energy companies temporary difficulties in obtaining foreign loans for their projects, but the aluminium lobbyists are more bloody minded than ever. Now their argument is that with the economic collapse, Iceland can simply not afford to take note of environmental concerns. This actually exposes the underlying truth that the aluminium lobby have always been aware of the validity of the environmentalists point of view. The aluminium lobby want to further their horrors, on grounds of a crisis which they are largely responsible for having created.

The banking side of the crash tends to be overemphasized while other major drivers of the crash are often ignored. The report of the Special Investigation Commission (SIC), which looked into the events leading up to and causing the financial crash, has however focused on the effects of heavy industry in a key chapter of their report. The expansion of Iceland’s financial system beyond the country’s sustainable limits, is unequivocally traced back to the enormous projects of the heavy industry build-up. This chapter has been ignored by the media, and so has another chapter that stated the media’s own culpability as unquestioning servants of the bank and industrial establishments.

A fundamental problem with the SIC report and the general atmosphere of denial that greeted it is that the report comes from within the very heart of the rotten State of Iceland. As such its real function is to keep all the options for dealing with the huge amount of corruption and democracy deficit safely within the sphere of the courts and parliamentary politics: Firmly under the control of the very establishment that created all this power abuse in the first place.

In case of the financial frauds this will mean years of long, drawn-out court cases which will gradually loose all meaning to the public, which have been left to pay the massive debts generated by the frauds.

In case of the deep rooted culture of corruption and the climate of fear which the aluminium corporations and power companies so thrive in, the promises of transparency and democracy are nothing but a smokescreen for an even greater corporate plunder of the countries’ energy resources. This plunder, supported by restructuring obligations in loan agreements with the IMF, is a continuation of a deeply corrupt policy of privatisation and ruthless industrialisation, the very same policies that created the crisis.

Current action targets
The Century aluminium smelter in Helguvík, targeted by Saving Iceland last two summers, is still slowly being built. Where the electricity for the plant is to come from is still uncertain, but it will require up to eight new power plants, at least seven of which will be geothermal on the Reykjanes Peninsula (HS/MAGMA) and Hellisheiði (OR – Reykjavik Energy). One of the geothermal plants powering Century’s smelter could be in Bitra, close to Hengill, and the eighth power plant will probably be a large dam on the beautiful Þjórsá River that Landsvirkjun (National Power Company) is eager to build as soon as they can. Norðurþing is in negotiations with Alcoa about an aluminium smelter in Bakki/Húsavík with energy coming from fragile wilderness areas in the north. Platina Resources want to do gold and other mining research in the Eastfjords.

Take action!
This year, instead of organizing a summer protest camp, we call for resistance throughout the seasons. We especially call for Icelanders to take action all year round but also environmentalists worldwide to come to Iceland, where we will warmly welcome any kind of individual actions against the aluminium corporations and the energy companies active in destroying the environment.

Symbolic actions have turned out not to be enough to stop the forces of destruction. The aim of actions should be to prevent any further rape of the land. Saving Iceland gives its wholehearted solidarity to any actions that hit the aluminium industry and the power companies where its most effective.

Even if you can not come to Iceland to do direct actions your help to our struggle with solidarity actions, donations, translations and by spreading the word will be invaluable.