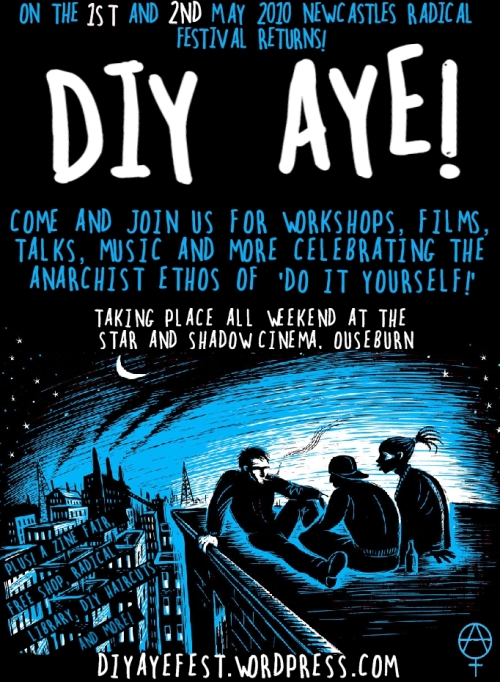 DIY Aye! returns to the Star and Shadow this Mayday weekend.

Come and join us for workshops, talks, discussions, films, music and more celebrating the anarchist ethos of 'Do It Yourself!'.

There'll also be meetings and talks on female fertility awareness (women only), Anarchist and other DIY theories, as well as a radical history talk on Tyneside workers involvement in the International Brigades. Plus loads more!

This year the DIY crew are also teaming up with the IWW to celebrate International Workers Day, so there’ll be further films, talks and folk music!

DIY Aye is free! (donations appreciated though!) so come down and have fun and learn new stuff!