Sheffield star has an article about Pisgah house. 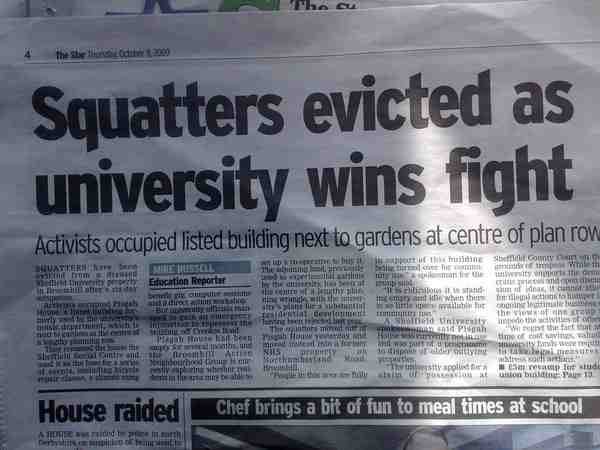 "People in this area are fully in support of the building being turned over for community use", a spokesperson for the group said, "It is ridiculous it is standing empty and idle when there is so little space for community use."

" We regret the fact that at a time of cost savings, valuable university funds were required to take legal action "


The last sentence is obvious nonsense. Nobody forced the university to take legal action. Nobody forced them to pay for a fast track eviction. Making themselves out to be victims when really the community has been robbed of a resource.

Not all True is The Star and Here

Those who kicked the aplication out have plans for it,s future use..

Article on The Star web site

The article can be found here: